The Swedish Lapland coastline is over 1,500 kilometres long and includes about 4,000 islands with unique flora and fauna. It's a year-round experience; you can go kayaking all night in the midnight sunlight in summer or go by snowmobile (or even by car!) over the frozen sea to the most remote islands.

Head off into the archipelago of Swedish Lapland on a hot summer’s day. Find a secluded beach with miles of sand, or take a dip in the Baltic Sea. 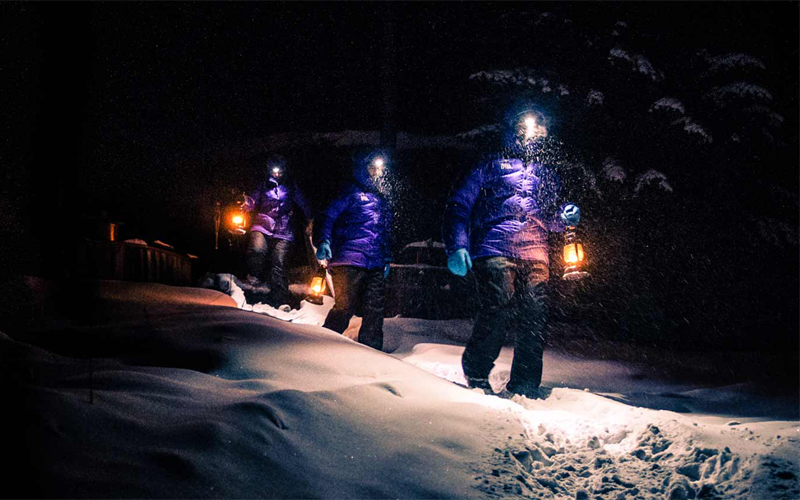 Entering the dark and cold

Jorge is an adventurer. He has been almost all over the world, but Swedish Lapland his new to him. When he steps through the sliding doors on Skellefteå Airport he doesn’t have a clue what he’s doing here. Only that he will need his warmest down jacket and a pair of swim trunks.

This is the short documentary “The Pangea Ice Challenge – entering the dark and cold”, telling the story of the subarctic lifestyle, the dark and cold and an unforgettable Winter Swim way up north.

The Bothnian Bay is just the perfect place for any sea kayaker who loves an outdoor experience. Secluded and with endless midnight light through the summer just makes it a perfect playground. 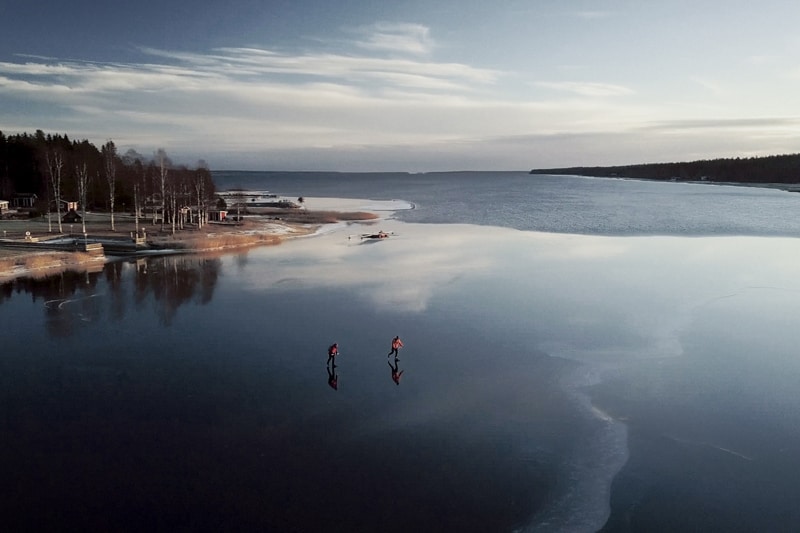 Pretty much everything is considered totally awesome when outdoor enthusiast Per Innala describes the variety of skating opportunities that Swedish Lapland presents. From the mountains, all the way down to the Bay of Bothnia.

Did you know that just the archipelago outside Luleå is made up of 1,312 islands? We've listed 10 islands to visit in Swedish Lapland in the summer. Many of them can be reached by scheduled boat tours.

The Bothnian Bay archipelago is unique. The land rise, the brackish water, the shallow sandy beaches, smooth cliffs, the endemic plants and the meeting between different biotopes make our archipelago one of a kind.

The reason for the low amount of salt here is the relatively cold temperature during summer limiting the evaporation. A significant amount of sweet-water is also added to the ocean from the many rivers flowing into the archipelago. The amount of salt rise further south in the Bothnian Sea.

The land uplift of one metre every hundred years greatly affects the 300 km long coastline. New land is formed continuously. The cause of the land rise is the most recent ice age where the ice was 3 kilometres thick and therefore weighed down the earth’s crust. Slowly the land is rising out of the ocean since the ice disappeared for about 10.000 years ago – and it will continue to do so for many years ahead.

The Bothnian Bay archipelago offers a vast and fascinating mix of different type of environments. The shifting nature with a great vary of biotopes and the change in living species the further out you get is an intriguing phenomenon. The land rise and brackish water have created unique conditions for plants and animals that inhabit the waters.

Plants that are only found here – in the only archipelago in the world with brackish water where the salinity is below two per cent. Here are saltwater fish as well as typical freshwater fish. Here are forest birds and seabirds. A large part of the outer archipelago is reminiscent of the biotope found in the mountains. You can hunt grouse and pick chanterelles in the outer sea belt in the same way as you do in the mountains.

In the ocean here in Swedish Lapland, there is a mix of fish that usually inhabits salty or sweet water. Every now and then a school of cods appear and swim side by side with pike, perch, sea trout and grayling. During the summer, fish like salmon and bleak migrate up the rivers to mate.

There are two species of seals around the islands of Swedish Lapland: ringed seal and grey seal. The grey seal is larger than the ringed seal and is Sweden’s most substantial seal. The male can get up to three metres long and weigh up to 300 kg, whereas the female is slightly smaller.

There are elks on most islands, and they move between the islands by swimming or walking across the pack ice. The Sámi community also has winter gazing for their reindeer on the islands, and sometimes a few stays behind for the summer.

The Bothnian Bay archipelago offers lots of good flavours. Kalix Löjrom (vendace roe) – also referred to the gold of the Bothnian Bay – is Sweden’s first delicacy protected by the EU with origin marking, in the class of Champagne and Parma ham.

In the summer, you can take the tour boats to the islands in the Bothnian Bay archipelago. Island hopping, seeing seals, staying overnight in a cabin or swimming in the sea in the wee hours. Winter offers ice- and snow-edged roads, snowmobile expeditions, hovercraft, skis, skates or bicycles – and even icebreakers.