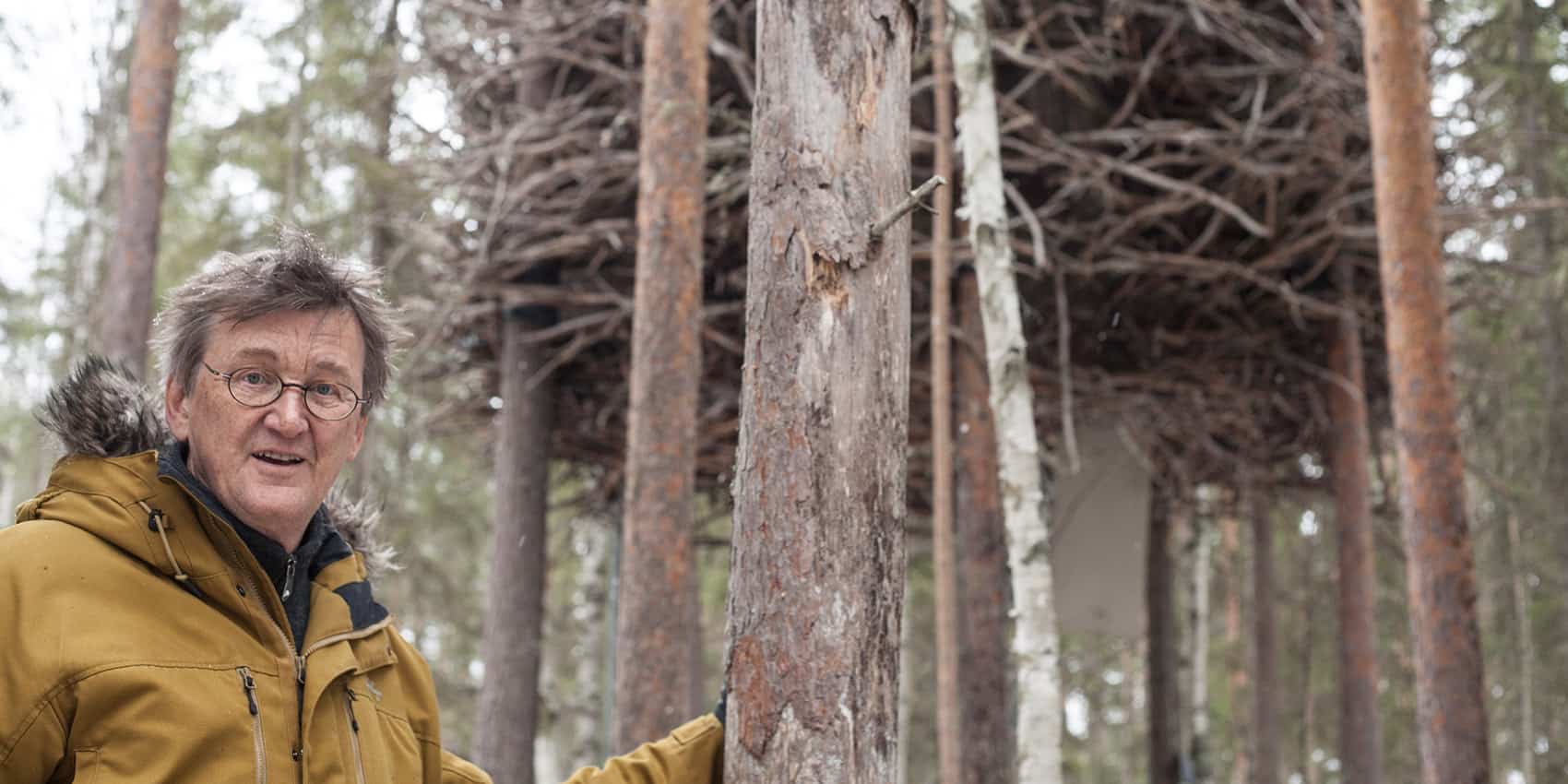 A feeling for wood

In the forests of Harads he has designed both the most natural kind of accommodation you’d expect to find: a bird’s nest, and the most unnatural: a UFO. Now he has designed a cold-water public bath as well. Meet architect Bertil Harström.

– It’s actually more or less a get-together getting out of hand.

Architect Bertil Harström is sat at Treehotel Guesthouse in Harads. He’s laughing. But the fact is that this is exactly how the new hotel venture – Arctic Bath – started here in Harads. At a party held for Treehotel.

– We’d just finished the inauguration and as I sat there someone patted me on the shoulder and said: “Now you have to design a floating sauna on the river, so the hotel guests have something to do”.

– I didn’t really expect a floating sauna to be my next project. But on the other hand, something about the river got stuck in my mind. 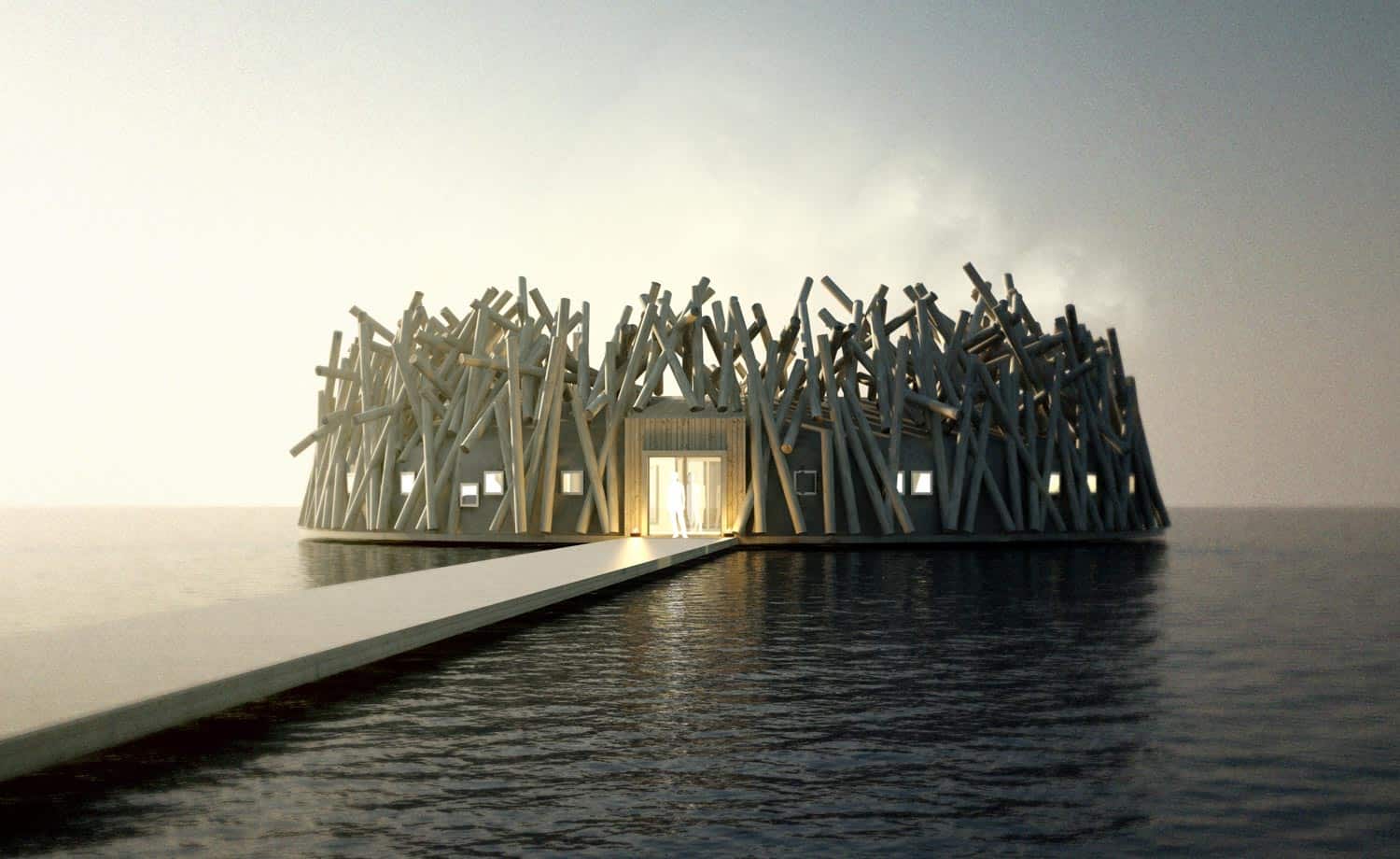 Arctic Bath will be a year round attraction, summertime free-floating and wintertime frozen on Luleriver. 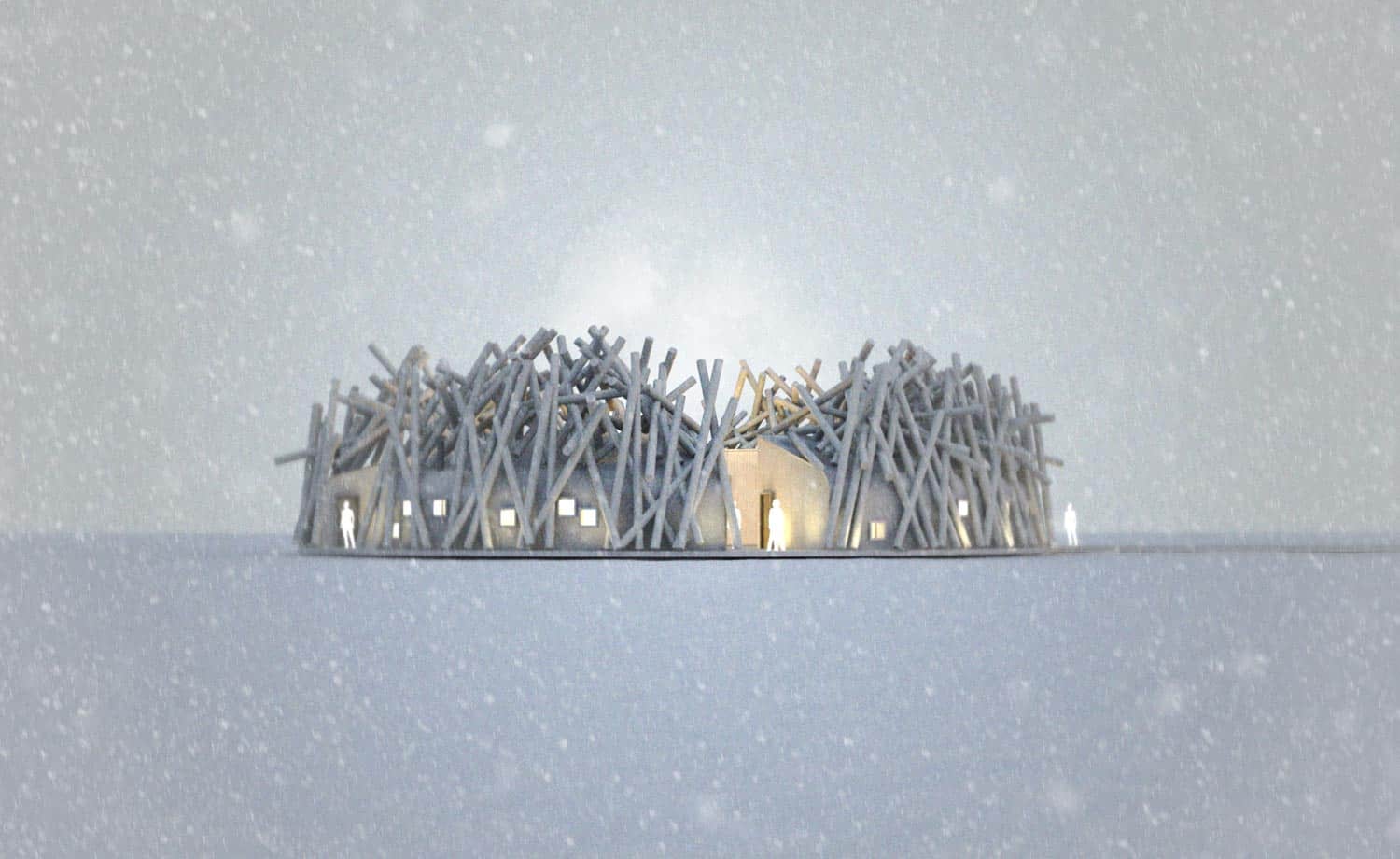 The ‘floating sauna’ turned into a 700-square-metre cold-water public bath and hotel. The typical stack of logs clogging up timber rafting back in the days served as inspiration when Bertil designed what might be Sweden’s coolest hotel project.

By now most of you are familiar with the story about Treehotel. How a bunch of architects went on a fishing trip to Russia with Kent Lindvall and as they were sat around the campfire they started talking about a film they’d just seen on Swedish TV: “Trädälskaren” by Jonas Selberg Augustsén. They went on to talk about their childhood dream of building tree houses. As we know they went back home and turned a childhood dream into an exciting hotel project. 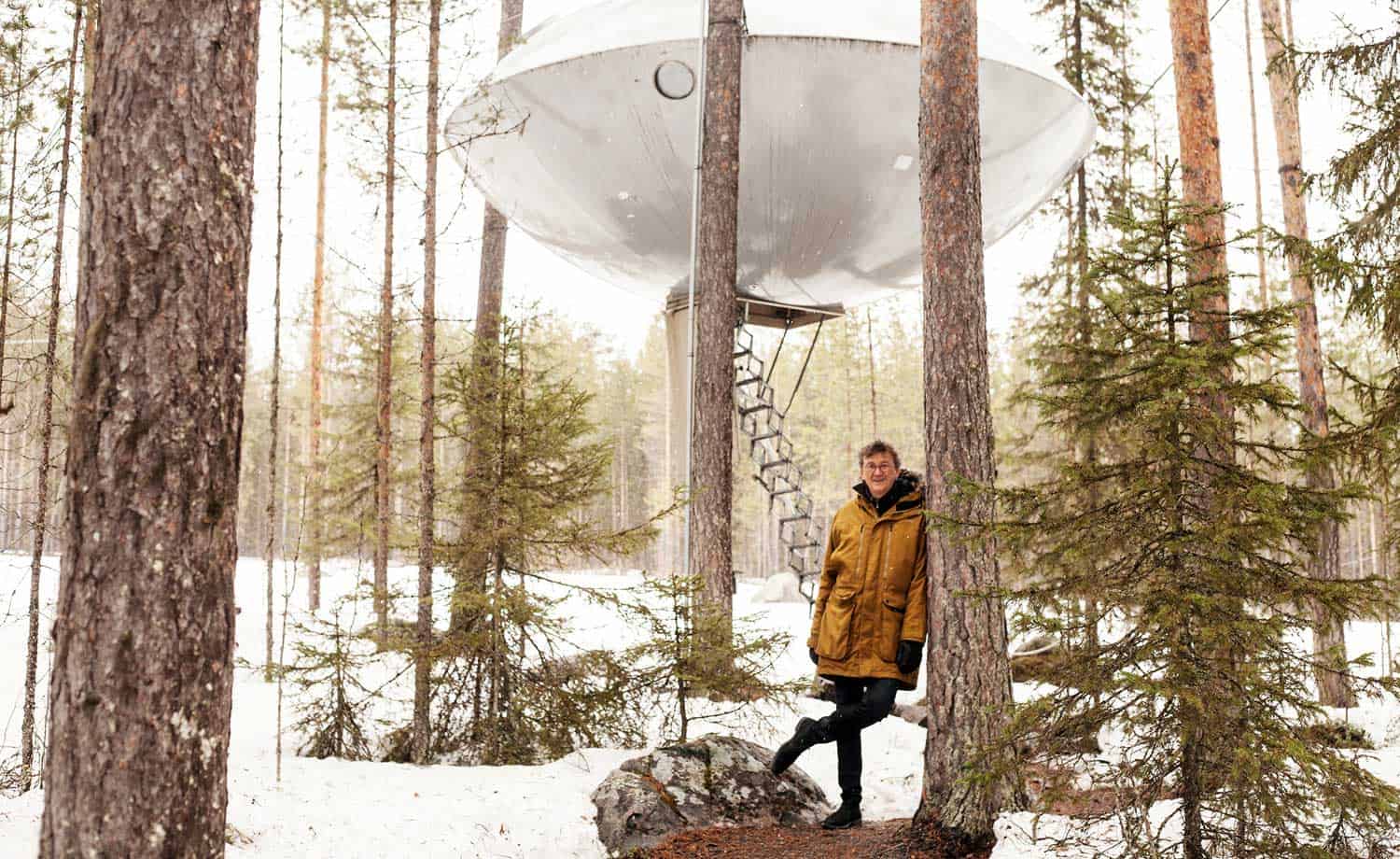 Bertil is the only one with two tree houses at Treehotel, by the way. One is the most common house in a forest: a birds nest. The other is the most unexpected one: a UFO.

Because of his feeling for wood

The Treehotel project brings together some of the most recognised architects and designers in Sweden, and Scandinavia. Tomas Sandell, Tham & Videgård, Cyren & Cyren, Sami Rintala, Snøhetta and Bertil Harström have all built a treehouse each, now rented as hotel rooms. Bertil is the only one with two tree houses at Treehotel, by the way. One is the most common house in a forest: a birds nest. The other is the most unexpected one: a UFO. He has also designed the common areas at Treehotel: sauna, relax and SPA. Because he has a feeling for wood.

– There is something so very sad about lorries transporting timber down to the coast, exporting it based on the exchange rate towards the dollar. It’s such a lack of imagination.

A night among the trees 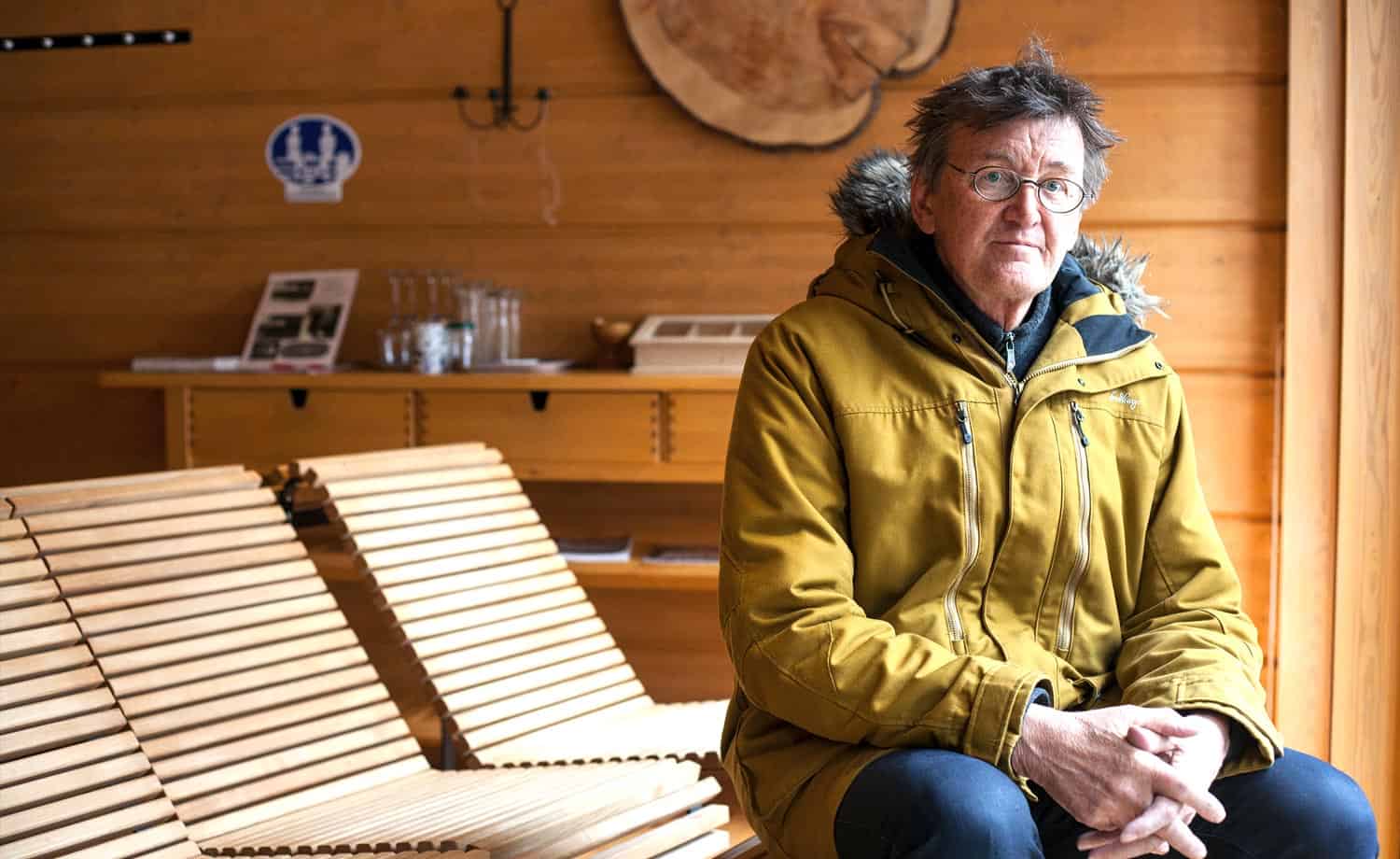 He's an architect and designer, but deep inside he's more of an idealist and tree hugger.

An idealist and tree hugger

He’s also fought for people’s right to build massive tree houses for more than 30 years. Because his love for tree houses and lumber piles is lodged deep in his soul. He’s an architect and designer, but deep inside he’s more of an idealist and tree hugger. These projects are more than just an architect’s dreams and visions, they are founded on a conviction that in Sweden we’re actually missing out when we don’t allow ourselves to build more using wood.

– You know: wood is such a clever building material. It absorbs moisture, binds carbon dioxide, transports heat and still all Swedes have to cover their houses in plastic to get a building permit or a mortgage. It’s sick.

These days Bertil – his next birthday will be his 70th – sits at home in a timbered house in Sundsvall, working. He used to run Inredningsgruppen, the largest interior-designer agency in the north of Sweden. But it was too much. He hit the wall. He had to start again and do things differently, and the house outside Sundsvall was a refuge.

– I’m saved by the internet, you know. I’m as connected outside Sundsvall as I would be in New York. It’s no problem living and working in the countryside, and perhaps that’s why I’m involved in these projects. To put the focus on the countryside. 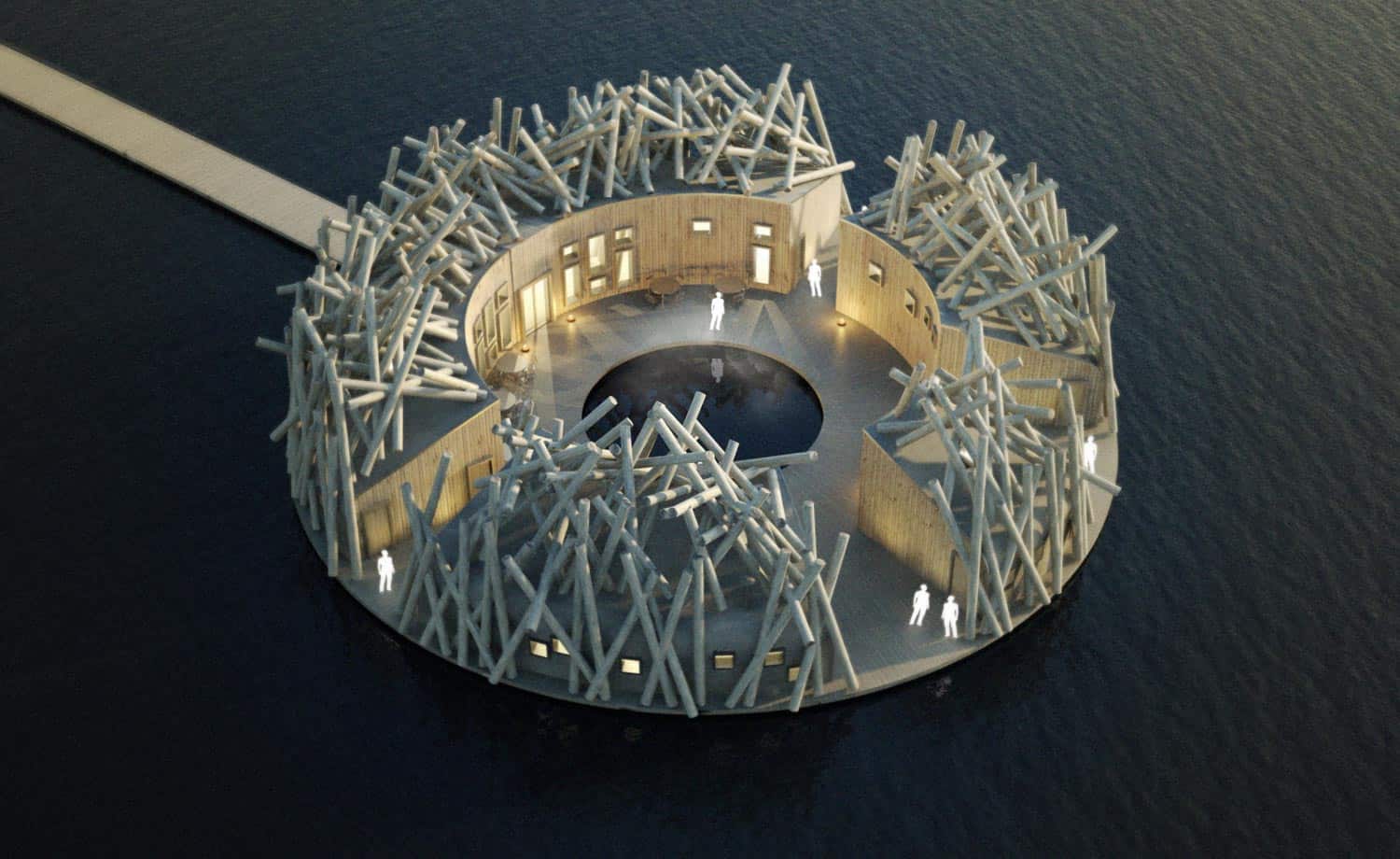 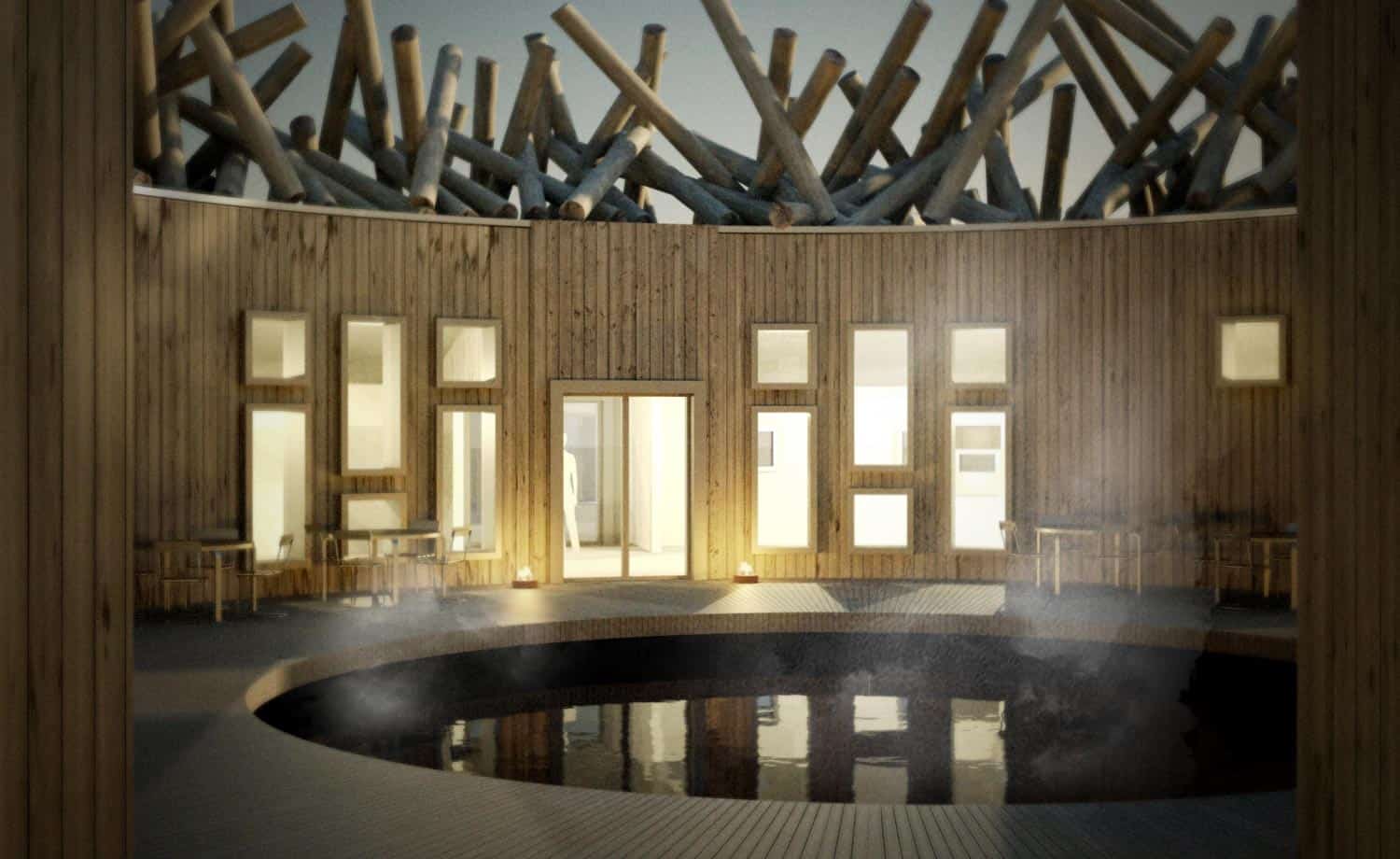 The hotel is really a 500 sq m large cold-water public bath, open to everyone and available for larger groups to rent.

– The pool in the middle can be covered and turned into a kind of dance floor, Bertil says. So you’ll be able to do more than take a swim. It’s a special building in a special location. 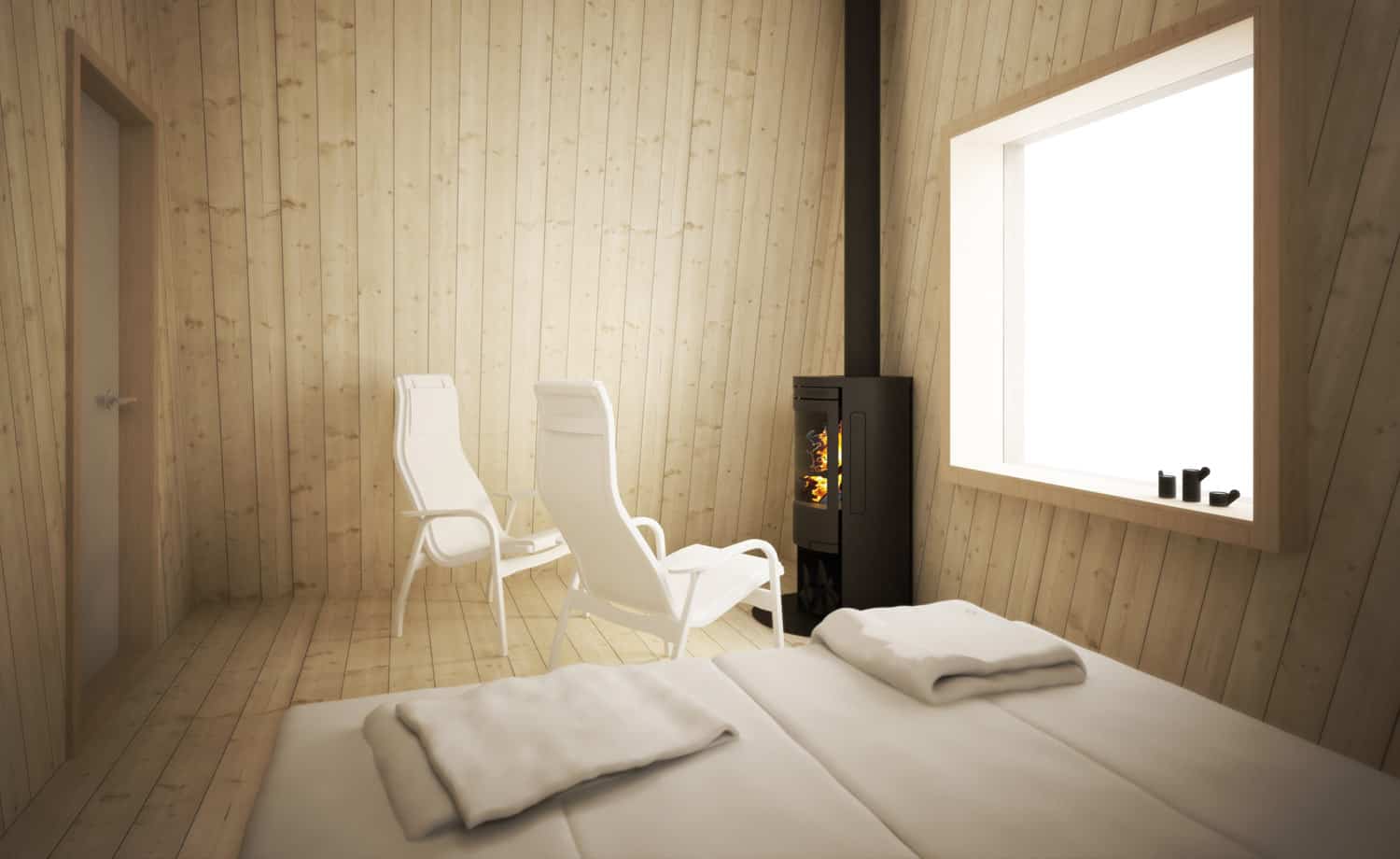 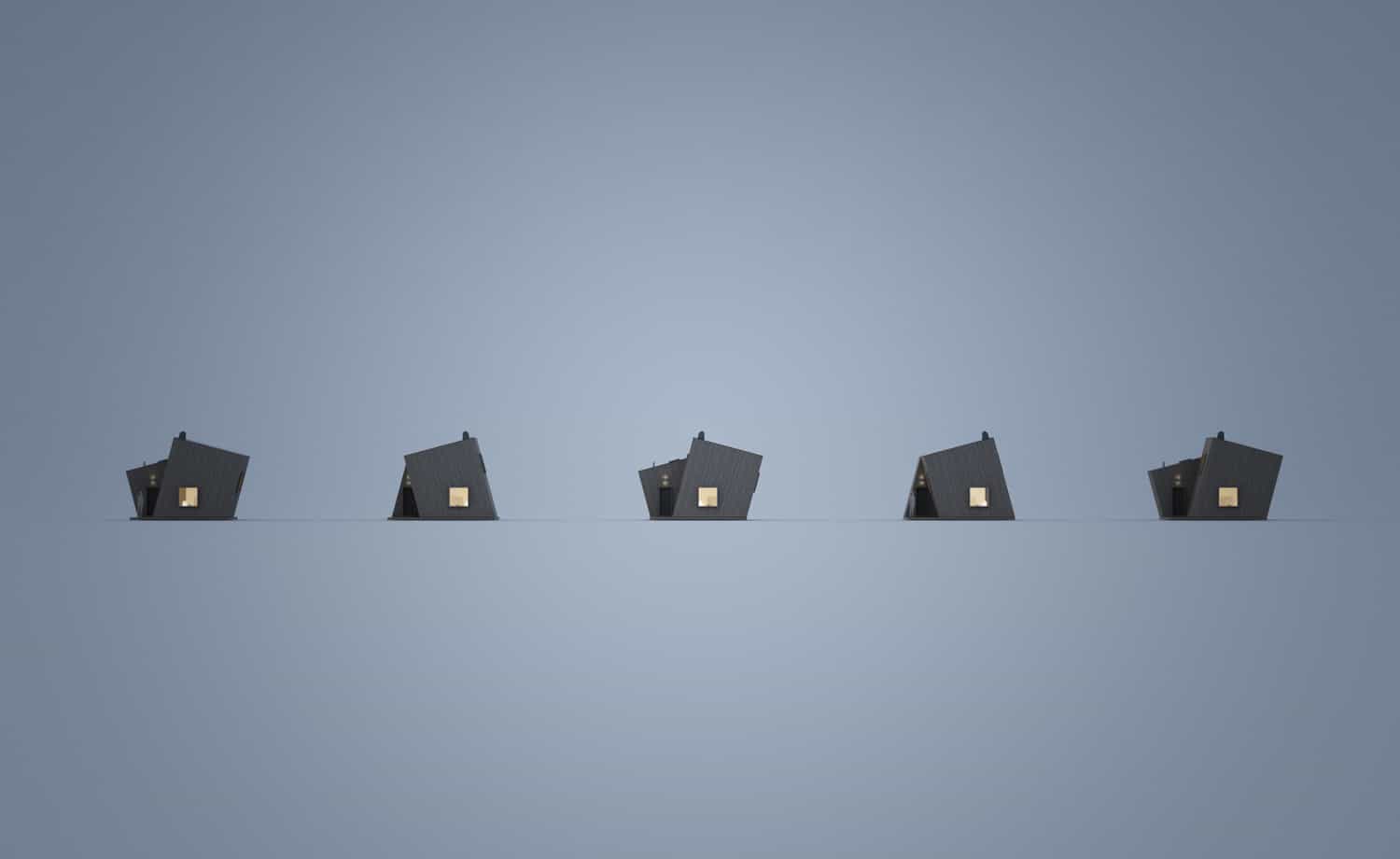 Learn more
Arctic Bath is set to open in 2019, and will be open year-round. Want to learn more? Visit arcticbath.se.

With Arctic Bath, Bertil has combined his love of wood and timber stacks with his passion for fly fishing and water, seeing how it’s located in the river. You can’t escape the Lule River when you pass through this area, and the area is nothing new to Bertil. He used to live here in the mid 70s, in what was the end of the public housing project “the Million Programme”. He opened Riksbyggen’s office in Luleå and says that: “those were the golden years for the classic bar Stadspuben”. But rather than being an engineer he wanted to be an architect, so he moved. In a way, he’s now giving something back to the region where it all started. Perhaps these exciting buildings are based on exactly that: the engineer who got tired of working with the cement on the Million.