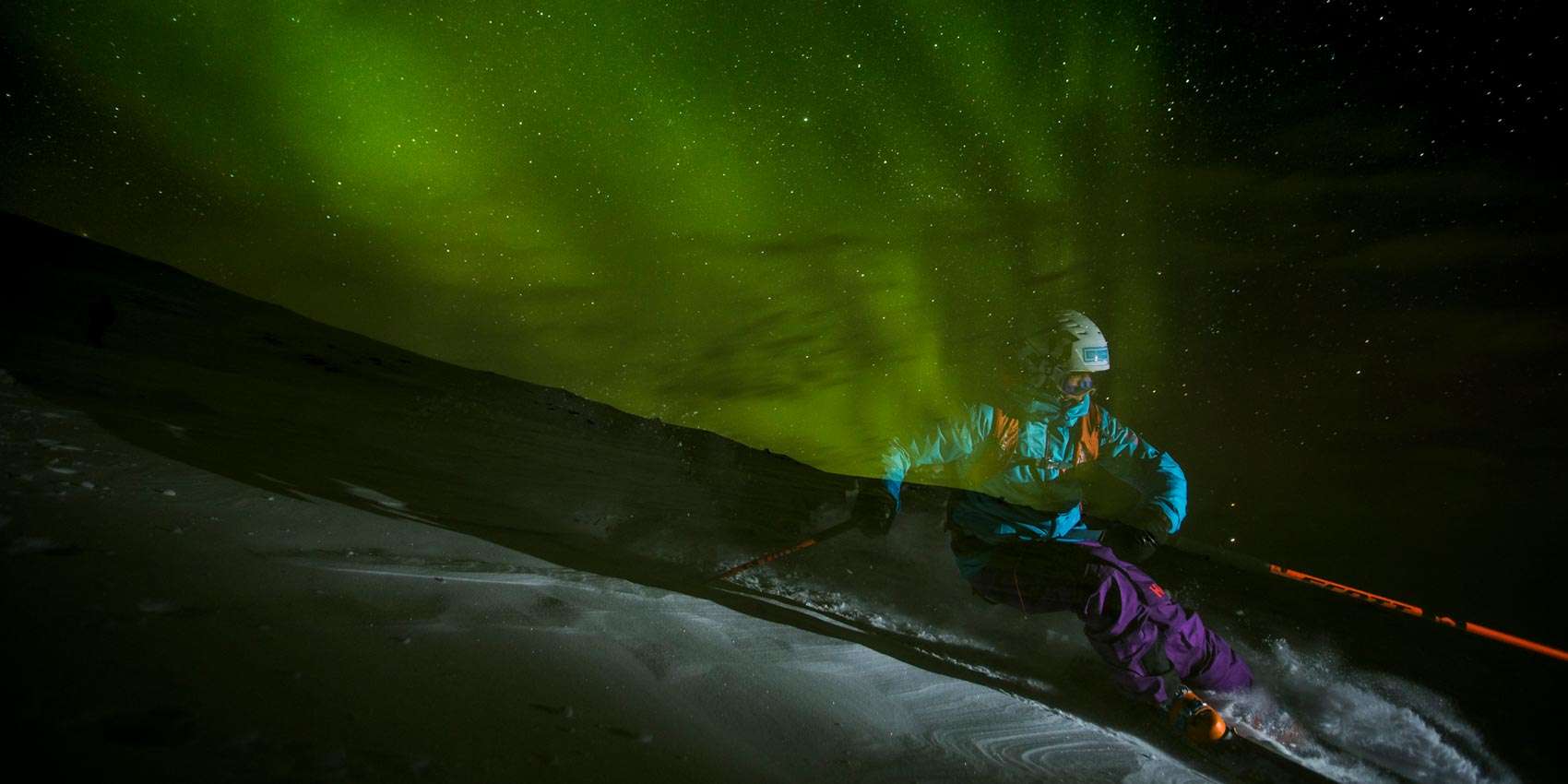 Skiing under the northern lights

Last year, in February, three of the world’s greatest freeskiers, Reine Barkered, Aurelien Ducroz and Jackie Paaso, went to Björkliden to see the northern lights and do some skiing. I called Reine to ask how their trip went. And some other stuff too.

– Hello Reine, I just saw that you recently married Jackie Paaso. A bloody good looking outfit you wore on your wedding day. And congratulations!

– Thanks! Yes, I’m pretty happy with the look. It’s a bit inspired by Peaky Blinders, a tv-show about English gangsters from the 1920s – one of my favourites.

– Oh, I see. So that’s what skiers do? I thought you just drank coffee and took naps when you weren’t tuning your steel edges?

– Yeah, it’s a bit like that. I watch a lot of movies for relaxation, you know, when the weather’s bad or when I’m travelling long distances. There’s still time for coffee and steel edges. 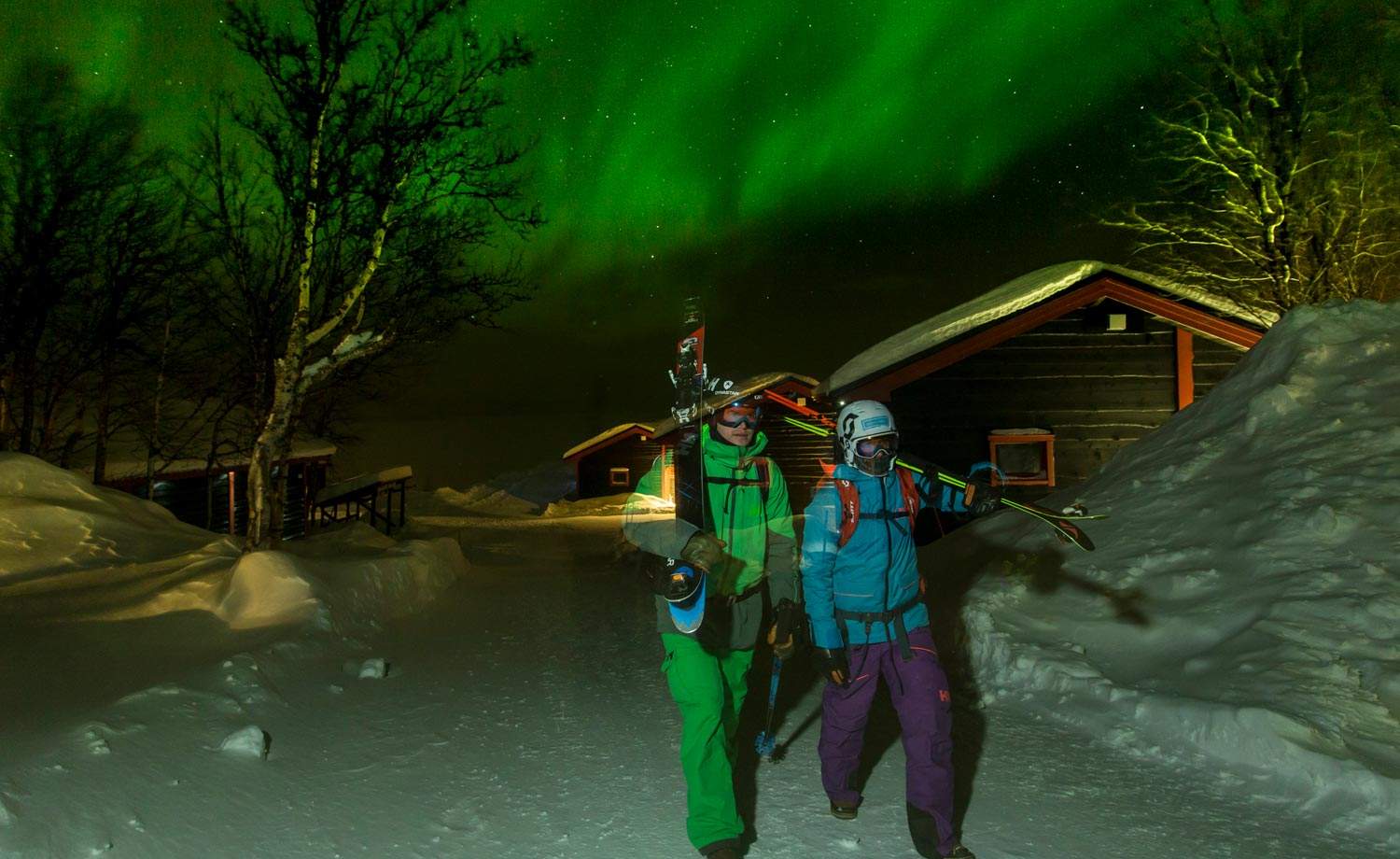 – So, anything else going on? Are you riding the Freeride World Tour again?

– Absolutely. That’s my job, and I still feel that I’m up there, on that level.

– Yes. And speaking of that level – you’ve had some exceptional success on the Tour. You’ve been on the winners’ podium almost every year. You won in 2012 and had since then held a subscription to the winning spots. Why is that?

– Yes, but joking apart. When I started, everybody fell. I got on the winners’ podium even though I crashed twice. The only difference was that everyone else crashed worse. Today, it’s almost impossible.
– You can fall during one event and brush it off. But if you fall in two events, it messes up the total score, and all you can go for are wins in single events. 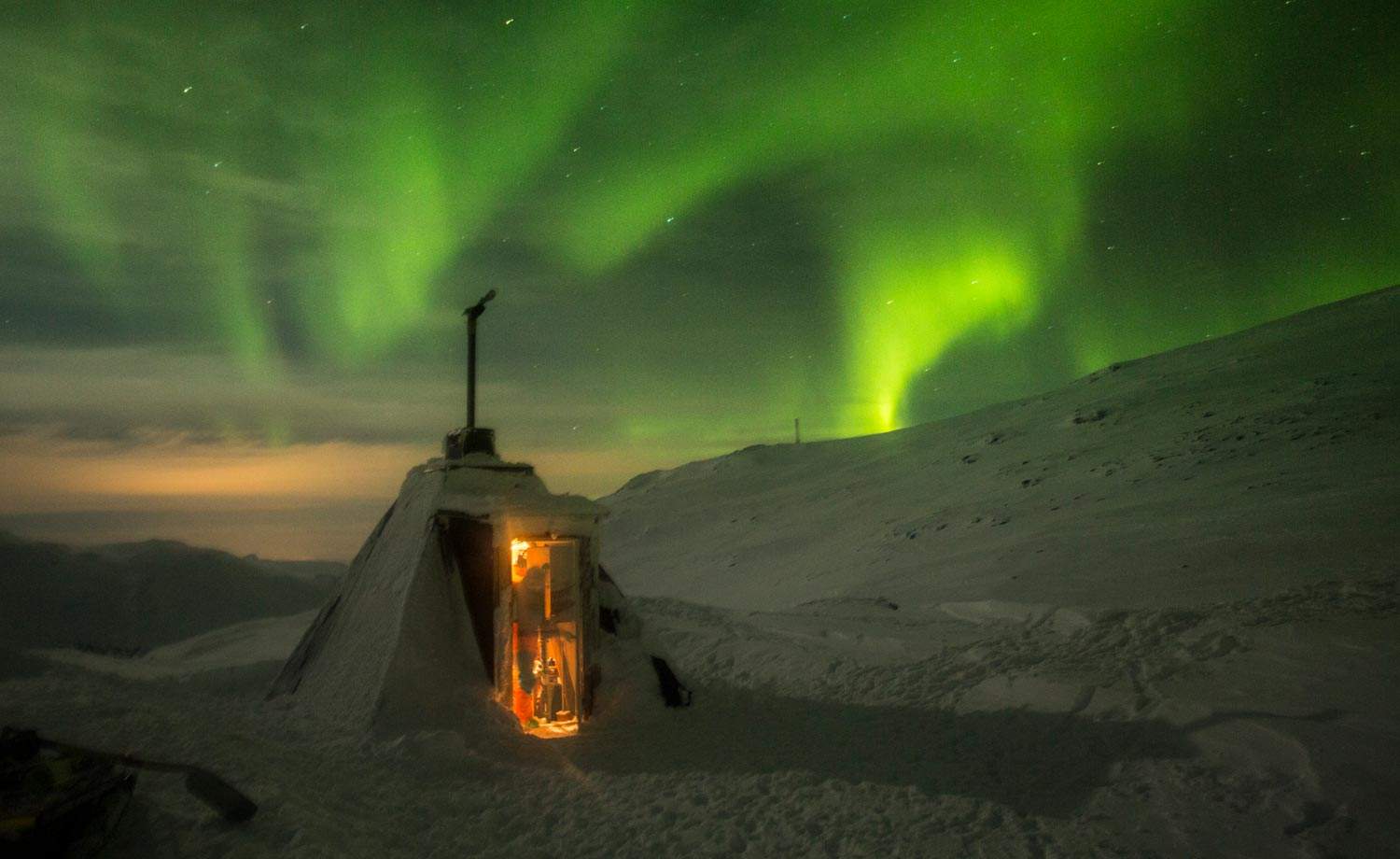 – Yes, a movie project I’ve tried to launch for quite some time is now taking off. It’s not set yet, but I think it will come about this winter.

– Speaking of film, you were in Björkliden last winter and filmed skiing under the northern lights. I saw a short clip on French TV, and now you’ve shared the long version with us. Cool!

– This one of those things we talk a lot about when on tour. The northern lights are such a big thing in Europe and the world, and we wanted to see if we could capture it on film. Once our schedules cleared up, Jackie, Aurelien and I went up there. Both Giro and Helly Hansen were interested, as were Volvo.
– I know this sounds a bit crazy, but it snowed too much, so we rode a lot of powder, more than filming what we wanted, but finally, we got a day when everything fell into place.

– What did Jackie and Aurelien think?

– Obviously cool. Aurelien said in a Helly Hansen commercial that this, being in magnificent surroundings with good friends, is what makes him feel alive. It’s the same for Jackie and me.

– The evening lights in Låktatjåkko are pretty special, the remains of an earlier solar storm.

– Yes, right? And I’m happy we finished the film.

– Are film and photo projects vital?

– Yes, of course. At least in my line of business. The photographer, Martin Söderqvist, came up to me many years ago, after I crashed pretty badly in Riksgränsen, and asked if I wanted to join him in the Alps for a photo project. I just thought: Did he just see me crash, or what?. But for me, that question was the entry gate to this life.
– Martins’ employers, later on, became my sponsors and I’m happy about that.

– I see. But there are those who say that you’re lazy.

– What?! Haha, no, surely they don’t think that. But of course, I don’t pole my way through the 200 km long Nordenskiöld race just for the sake of it. But I’m not lazy.
– Most of all and this is how I feel – I want a lot of value for what I put in. I can hike long and far if that’s a good thing. But not if it’s bad. Then I’d rather drink coffee. Or watch a movie. Or more northern lights.