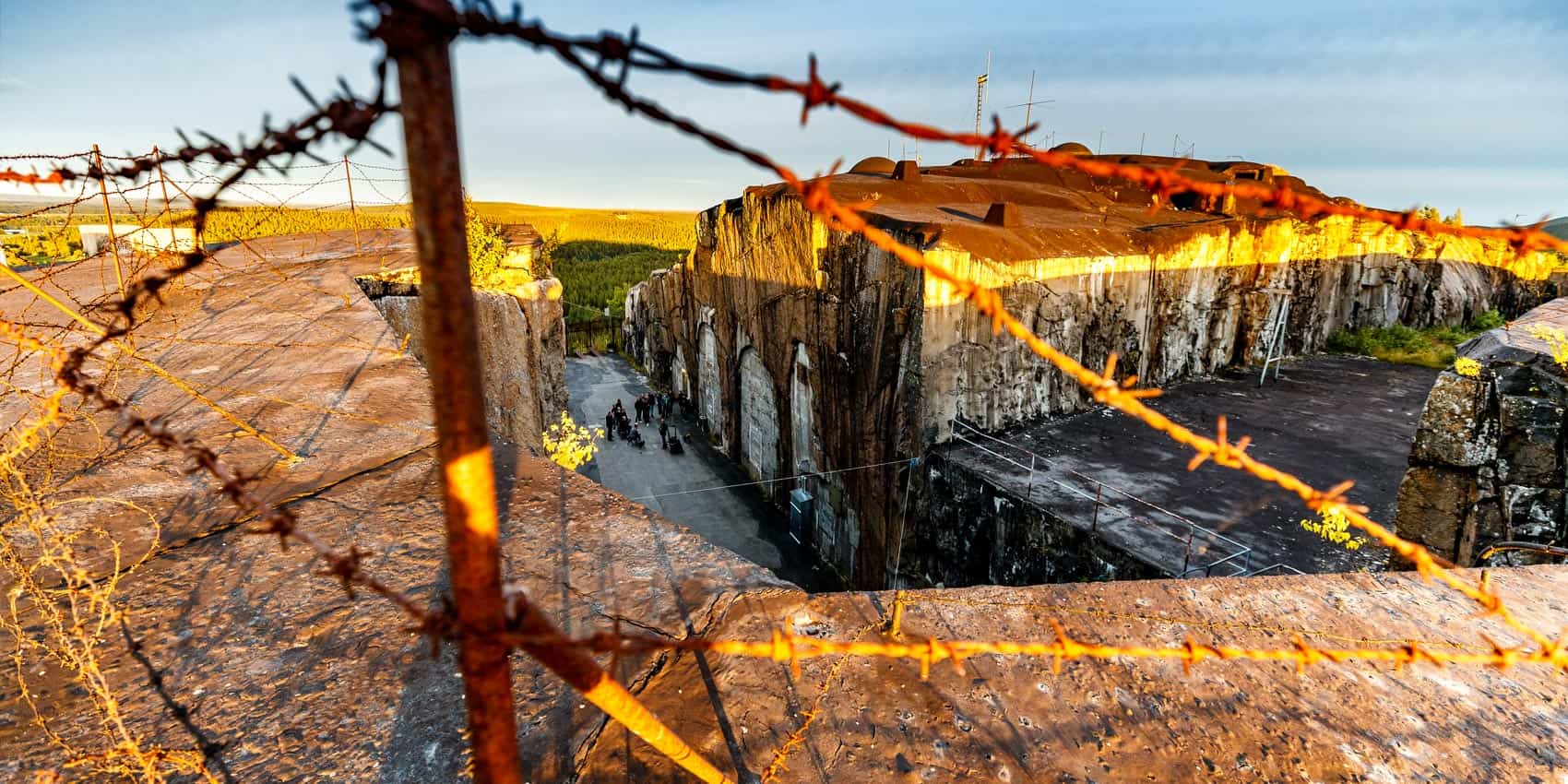 A top visit to the Rödberget Fort

The Rödberget Fort is part of Boden Fortress, one of the most elaborate fortifications in Swedish history. During the two World Wars and the Cold War, the fortress was known as the “Lock of the North” and was held top secret. Today, it is completely open to everyone and preserved just as it once was.

The journey up to the Rödberget Fort is like winding back on the axis of time. Up, up towards the summit of the mountain. Heading back into history. It is almost impossible not to feel the beating wings of time and marvel at what awaits around every turn. Once you have reached the summit, it is as though a filter is removed, light washes over you and there is a breathtaking view, with Boden at your feet. 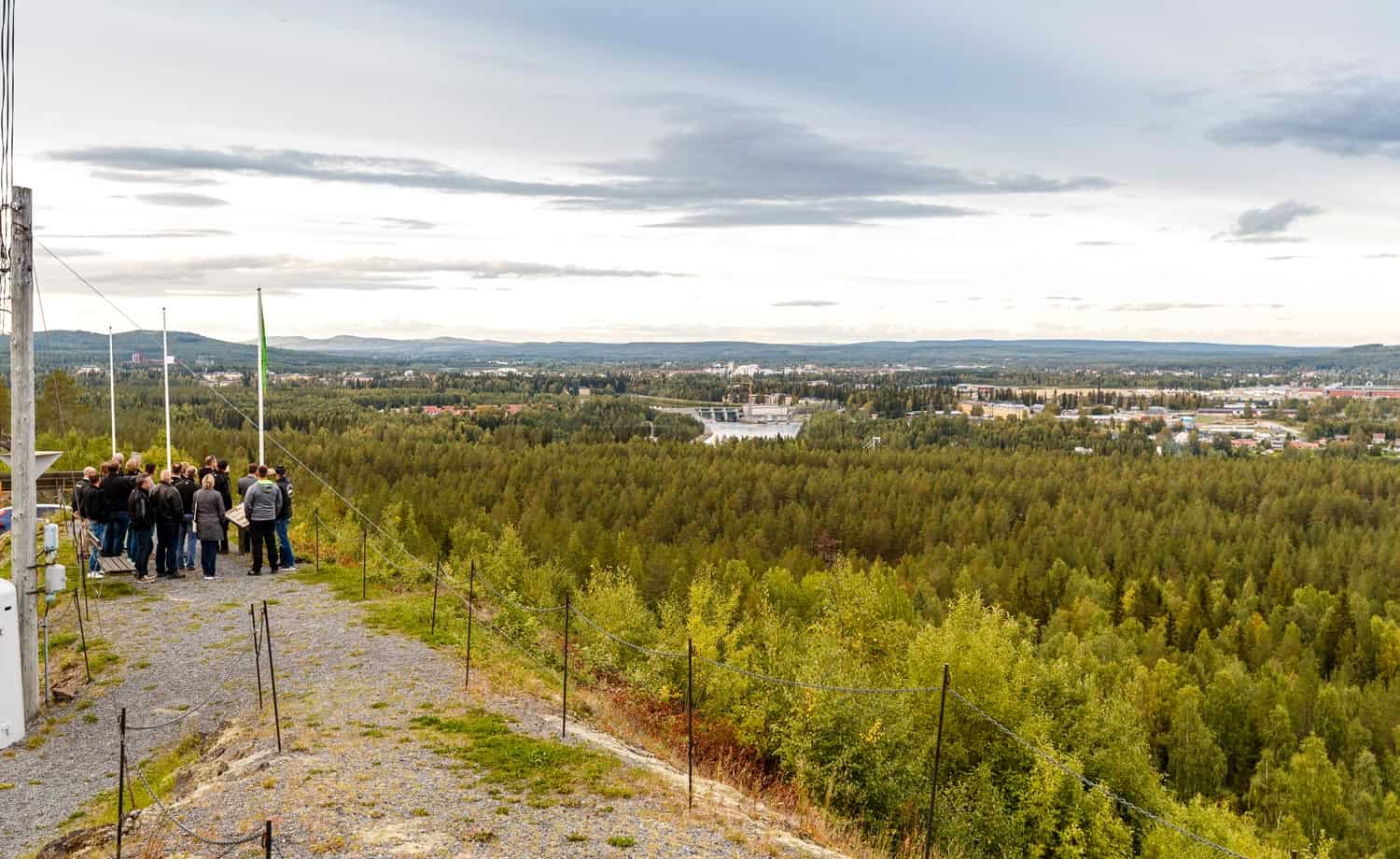 Imagine if this road, this wall, this view could speak. The stomping of military boots and the amplified barks of the guard dogs are resonant in the remains as is the tangible feeling of coldness that crept under the wolf pelts of the guards during the long bitterly cold winter nights. Maybe it was one of those nights that gave rise to the Swedish saying about Boden “…there is a place on earth, where the sun never shines…”. A saying that we don’t much care for today but looking back we can at least understand where it came from, with so many soldiers toiling so hard for so long. Not least when the forts were built and ton upon ton of building materials was to be transported across snow and ice.

The Rödberget Fort is part of Boden’s and Sweden’s military history, which made Boden into the city it is and to the important military hub, it was throughout the 20th century.

Havremagasinet – an art gallery that will tug your heartstrings 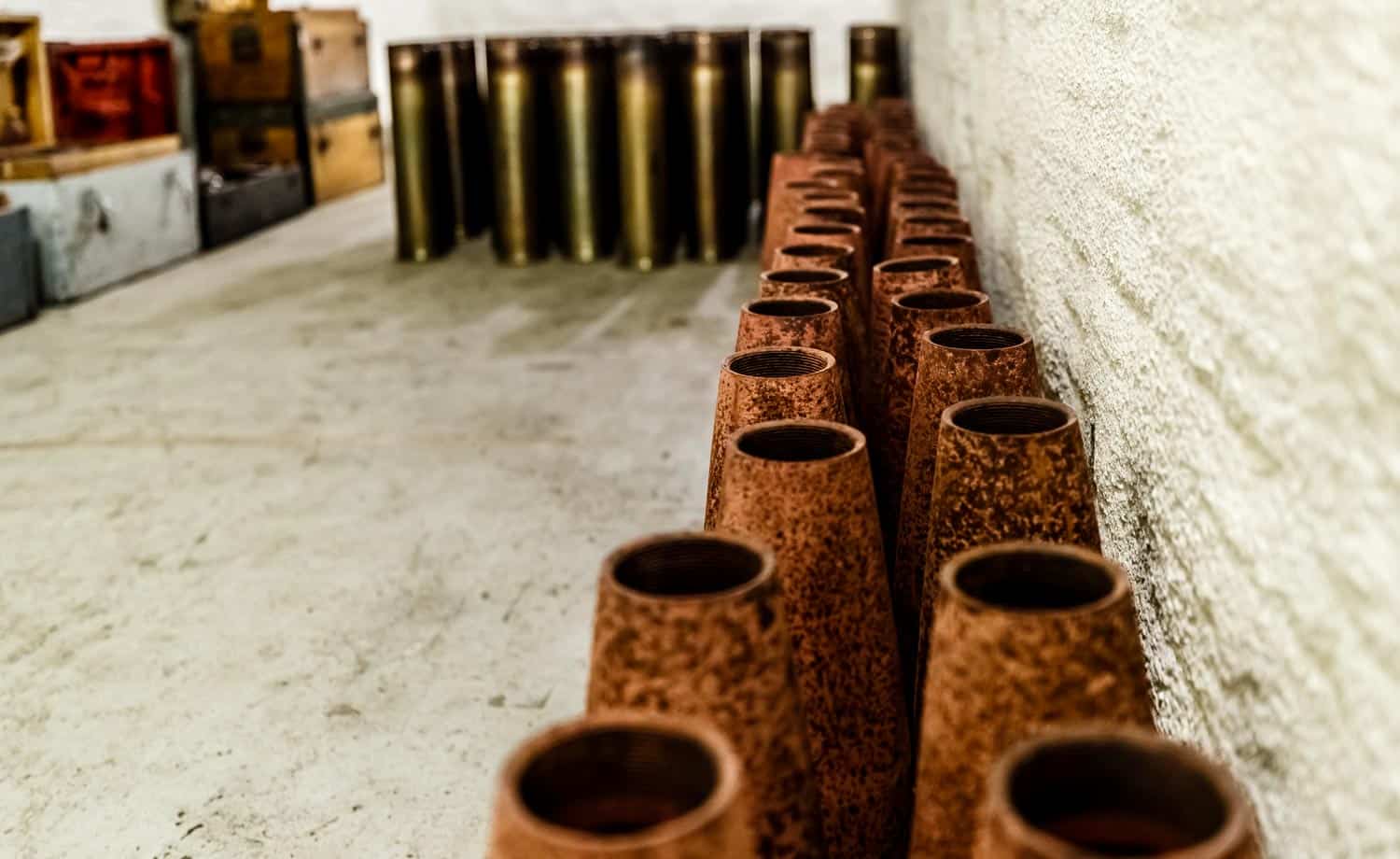 Construction of Boden Fortress began in 1901 and it consists of five forts, blasted into the mountains surrounding Boden. With its strategic location this so-called ‘girdle fortress’, unique to Sweden, was supposed to function as a lock in the north, defending rivers, lands, natural resources and railroad infrastructure from invasion, mainly from the east. Secrecy and restrictions that we may find excessive today were part of the norm not many years ago. In 1996, the last signs prohibiting entry to foreigners were removed, in many Boden locations photography was still completely prohibited and during the cold war there were even signs reading “ENTRY PROHIBITED TO ALIENS”.

Here, in Boden, was Northern Europe’s last bastion against Russia. There are conspiracy theories saying that the Swedish gold reserve was kept here under heavy guard. There are also innumerable stories about what has happened in our man-made caverns, about all the recruits who did their military service here and about the ferocious guard dogs watching the moat, named after liquor brands. 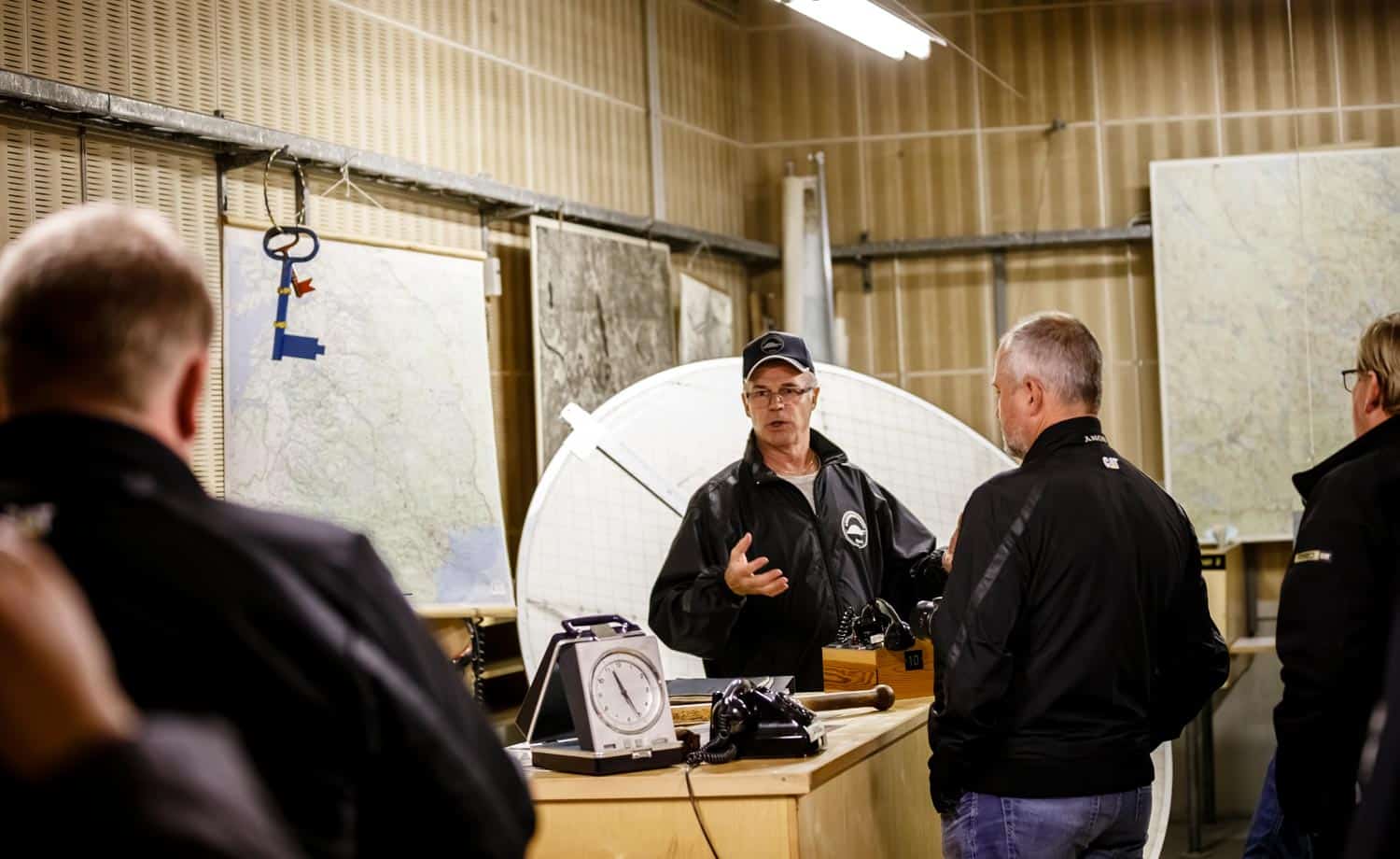 Tip 1! The tour “Bodens Fästnings Hemliga Platser” (“Secret Places of Boden Fortress”) begins at the tourist office in the city centre. The journey will take you to the Northern Front where you will get to see the radio bunker, the Leåker Battery, the Balloon Hall and other exciting places that have played an important part throughout the history of the fortress.

Tip 2! Cycle up to the Rödberget Fort and enjoy an experience for all the senses.

Tip 3! Would you like a challenge? Go on a Boden-style Seven Summits, climb a different fort every day. Guaranteed to get you into shape and leave you with memories of many beautiful sights.

Open to the public

The last cannon was symbolically fired from the Boden Fortress in 1997. On Swedish National Day in 2000, the Rödberget Fort was officially opened to visitors and over the years, many colourful life stories have been collected here. The Rödberget Fort is operated by the company, Fästningsguiden (the Fortress Guide) whose proprietor Sally Sundbom used to work for the Armed Forces in Boden. Together with a staff of about 20 people during high season, when the fortress is visited by thousands of people, she now helps to preserve the cultural, military history of Boden.

– When we took over the Rödberget Fort, everything was intact. Over the years, we have refitted the place with old original interiors that have been donated to us, restoring the fort to its original condition, explains Sally. Today, she organises events at the Rödberget Fort all year round with dinners, conferences and guided tours. The long tables are set with white cloths, candelabra – and bullet casings, for those who want a military flair to their event.

– We have had large events where we have set tables out in the dry moat, says Sally Sundbom. 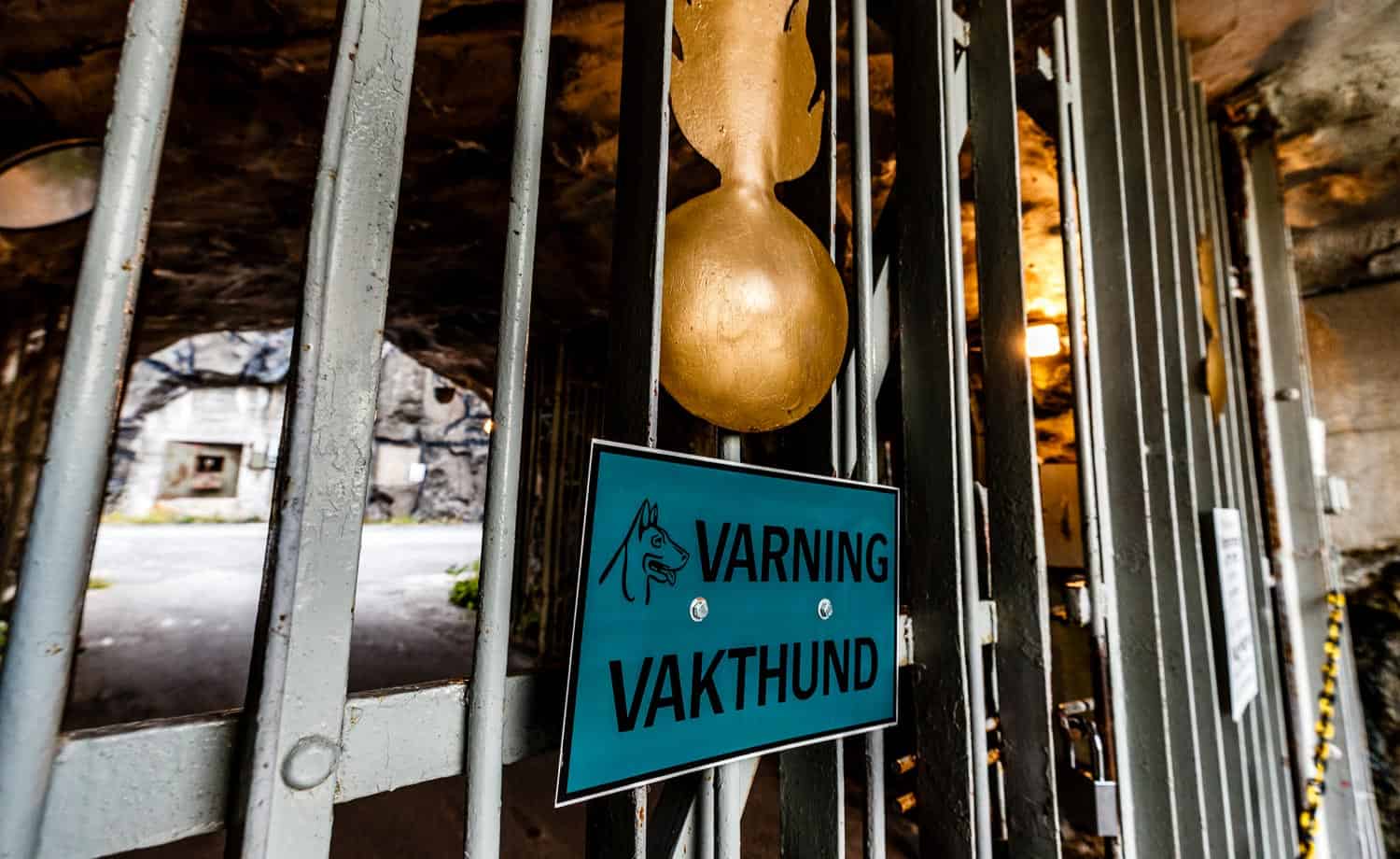 Throughout summer, the fort is open for daily guided tours and in winter it can be booked. Tours begin in the canteen, where there is now a small café. During a tour with Sally or one of her professional guide colleagues, you will get to learn everything, from how the fort was built to how life was in the fort whilst it was still in use, how the cannons were fired, how the men worked, slept and lived together behind closed gates. An unexpected uniformed mannequin waiting behind a door might make you jump, taking you back to the glory days of the fort for a fraction of a second. Just entering the mountain is an experience in itself.

Experience the culture of the Forest Sami 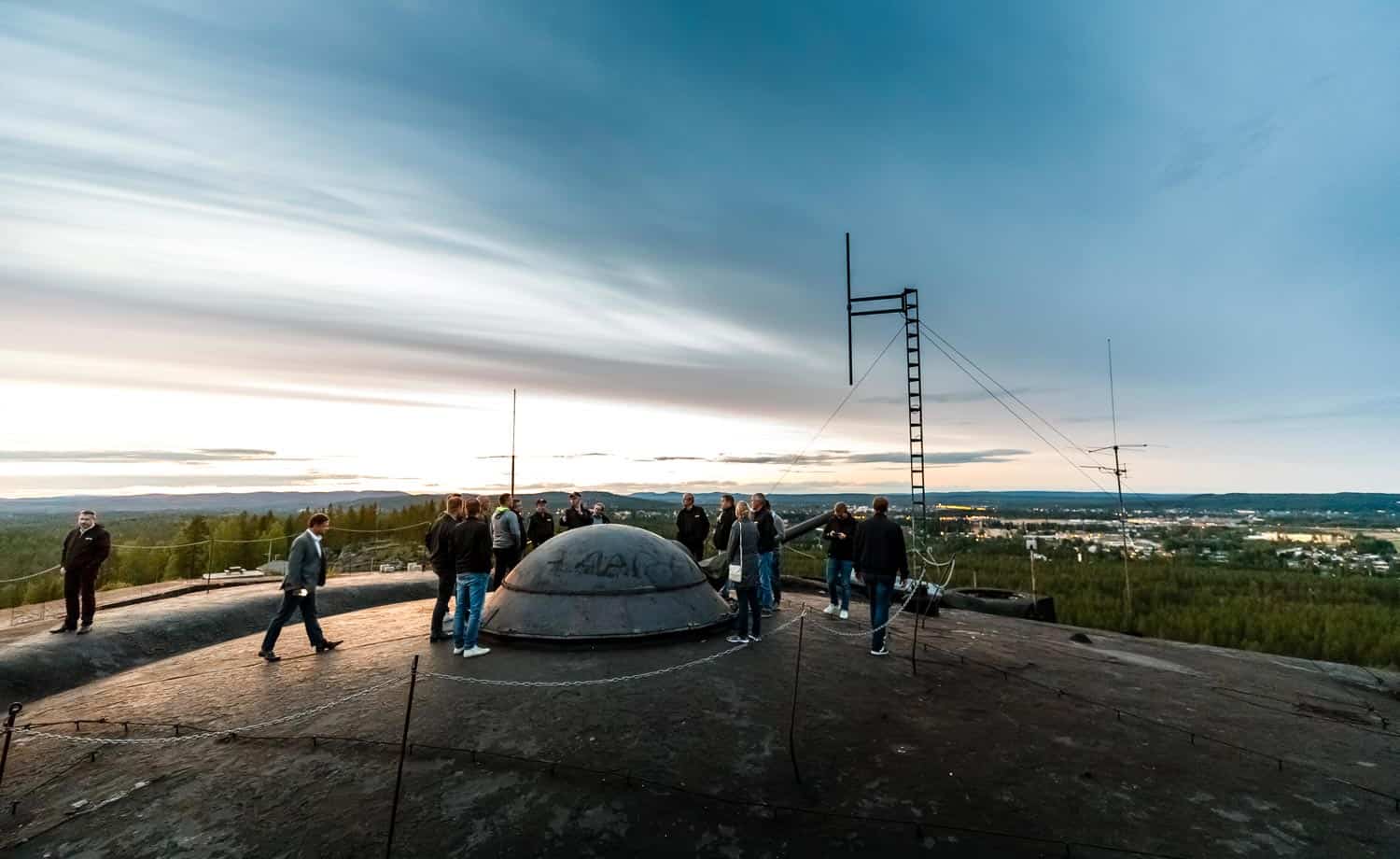 With a head full of impressions and stories you will then leave the mountain, taking with your thoughts and reflections. Back to an open Boden, today invaded from the west, in a more pleasant way, by many Norwegian summer guests, in a city that is now home to people from all over the world and a tourism industry built around one of Sweden’s most popular destinations, Boden.