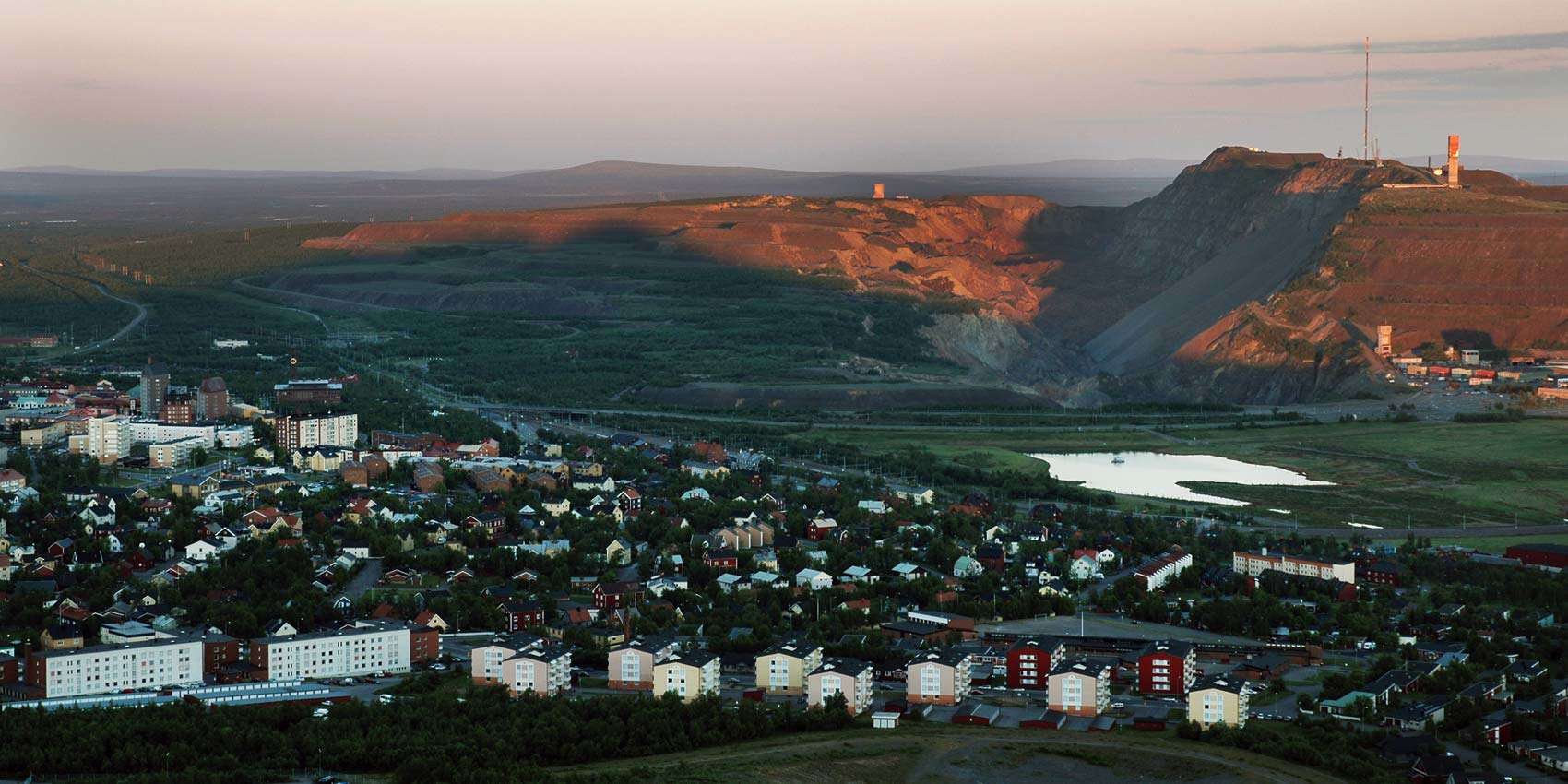 The town transformation in Kiruna has received attention in Sweden as well as internationally – never before has such a large community been transformed. The reason is that mining has caused subsidence which affects the town, and parts of Kiruna have to be rebuilt elsewhere, on new ground.

Kiruna was founded in the early 1900s when the mining industry began to grow in earnest. A few years later Lapland was spoken of as ‘the land of the future’. This was where the forest was, and where the ore was. Iron ore alone made up 10% of Swedish exports already in 1913. And people came, because there were jobs available. They came to Kiruna to work as lumberjacks, raftsmen, miners, or so-called navvies working for railway and water companies. Merchants, cooks and maids followed them. A new society began to form, not unlike the European conquest of North America. There was a reason why the ore fields were likened to a kind of Klondyke. Just like in North America the indigenous people had to give way to a more industrialised exploitation of nature.

The site chosen to establish a town, the low mountain Haukivaara, had a relatively favourable local climate and was strategically placed between the two mining mountains Luossavaara and Kiirunavaara. The housing back then needed to be close to the workplace because of poorly developed means of communication.

1948 Kiruna was granted city rights and during this period the town started to expand in earnest. Architects and city planners adopted new continental ideas and Kiruna became the first city of its kind in the entire Nordic region: the first town adapted to the terrain and its conditions, with an organically designed city plan instead of the grid that had been the norm. The idea was for the town and the mining industry to develop together.

So it was in the beginning, and so it is today, as the mining company LKAB with around 4,000 employees in some 15 countries keeps driving the business forward.

The town must be moved

Mining causes the rock to move and this affects the environment, above and below ground. As mining goes deeper and deeper, the land and the surrounding communities are affected. The shape and location of the ore bodies decide where the ground will move and how communities are affected. In Kiruna there’s just one single ore body and it leans in below the town itself. Strict regulations decide how much the ground is allowed to move if people live above and before such values are reached dwellings must be moved and the area converted into an industrial estate.

Already back in the 1970s there were indications that deformations caused by the mine meant certain parts of the town needed to be evacuated, but it wasn’t until 2004 that LKAB notified Kiruna Municipality that mining would greatly affect the urban area. A couple of years later it was finally decided where the new centre would be: three kilometres east of its current location. The town would be moved. Kiruna’s urban transformation prompted an international response, as well as a similar move of the area Malmberget in Gällivare municipality, where the situation was the same.

Two major architectural competitions were launched: one for the new town centre and one for a new city hall. Both attracted architects from all over the world and residents were also asked what was particularly important to them as the new town was taking shape. 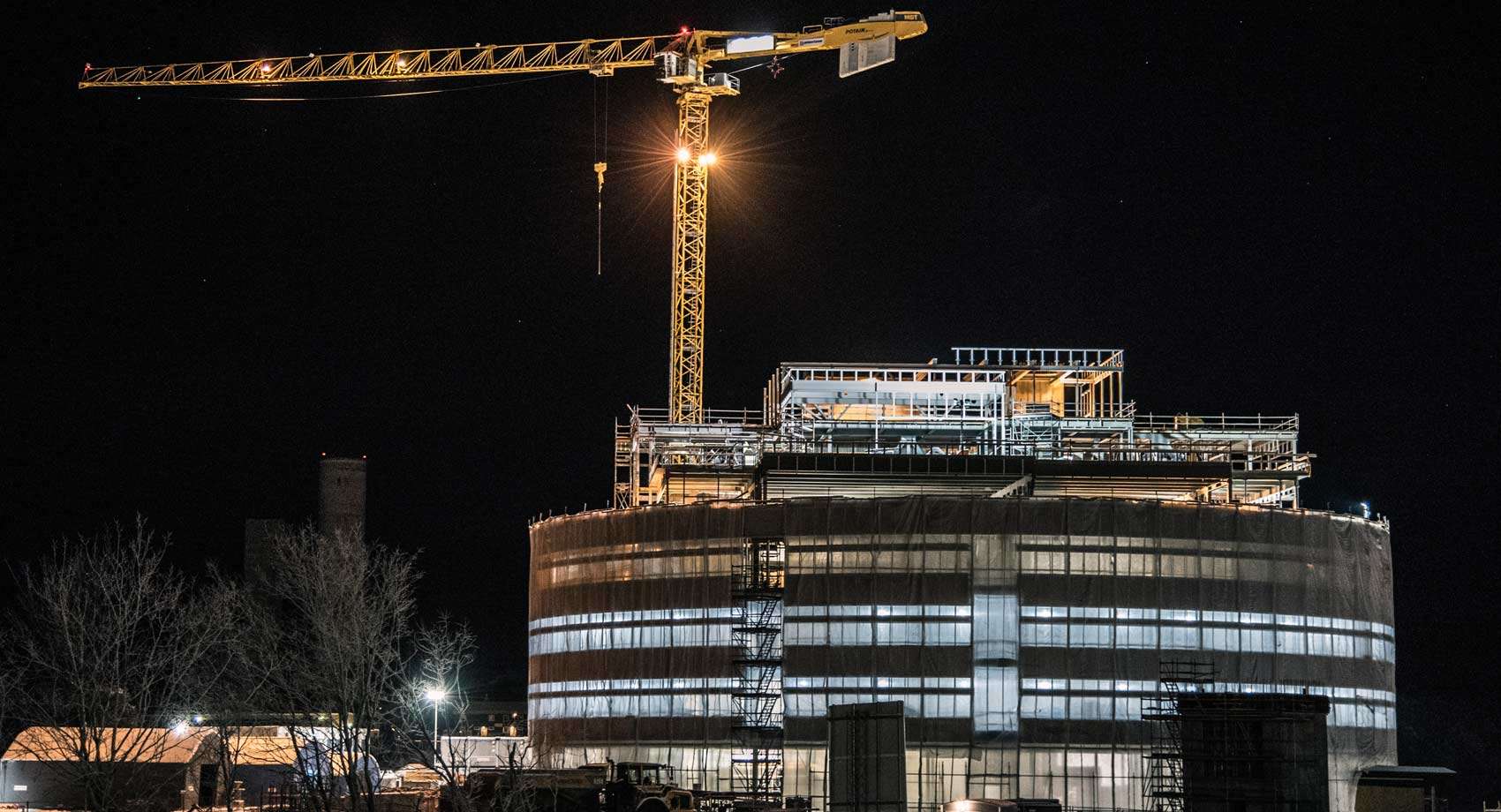 Around 6,000 people have to move because of mining activities in Kiruna. The entire area covers approximately 3,000 residential units and around 450,000 square metres public and commercial premises. It includes villas, housing associations, apartment buildings, shopping centres, companies and businesses, around 20 historic buildings, a church, a sports hall, a public bath house, a secondary school, a hospital, five hotels and the People’s House.

The idea is that the land will not become an industrial estate immediately, instead it will be turned into park-like areas, so-called mining city parks. This creates a smooth transition between mine and town and no residents have to live next door to an industrial estate.

New Kiruna will be characterised by a vibrant, safe urban environment. This includes good lighting and a denser city centre, which has been a main request from Kiruna’s inhabitants.

The urban transformation is now in an operational phase with plans and decisions being implemented. Construction of the new City Hall is in full swing and scheduled for completion in 2018. From today’s City Hall, once named Sweden’s most beautiful public building, only the characteristic bell tower will be preserved and moved to the new location. The first stage of the new centre will be completed shortly after year 2020. Already some residential areas that are deemed unsafe to live in are being demolished and new ones are continuously being built. It’s estimated that the current centre will be completely phased out and the new one in place in 2035. 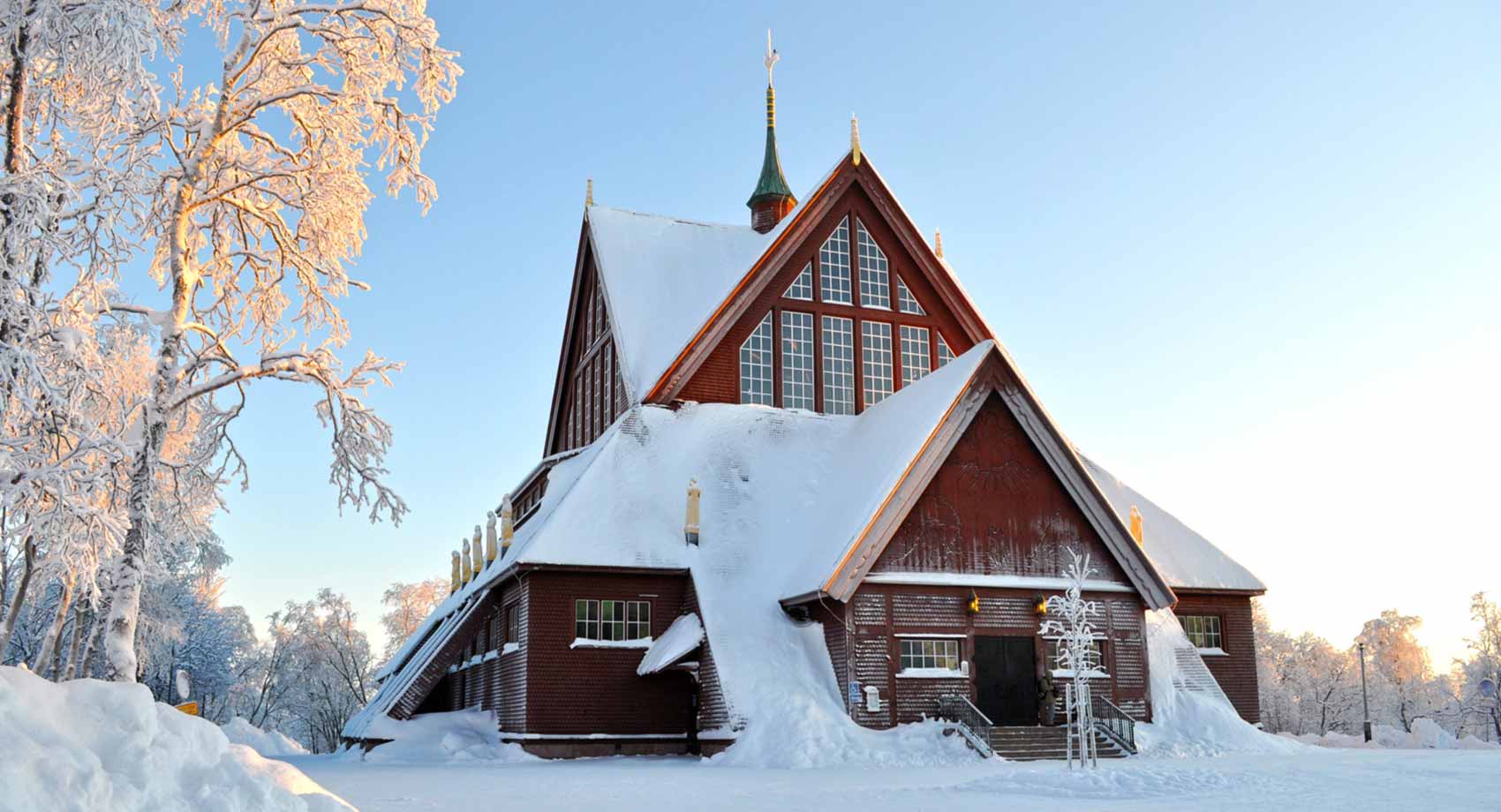 Learn more
There are two exhibitions on the urban transformation: one inside the People’s House next to Kiruna tourist centre, where LKAB shows their exhibition, and one in Kiruna City Hall. There you can see and follow the urban transformation as the mine spreads underground and houses above must be emptied. There is also an opportunity to take a guided tour and learn more about Kiruna being subject to this exciting transformation via Camp Ripan and Kiruna Storytelling Centre.

For those who wish to learn more about mining in the largest underground iron ore mine in the world, there are guided tours that are very popular. A bus from the tourist centre will take you straight into the mountain and the show mine: LKAB’s Visitor Centre, 540 metres below ground. A guide will tell you about modern mining and how it can make an entire town move.

In addition to comprehensive documentation of Kiruna today, financed by LKAB – photos, films, books and models will bring memories and environments to life – 21 of Kiruna’s historically important buildings will be preserved and moved in the urban transformation. Among them are the monumental Hjalmar Lundbohm’s House and Kiruna Church.

Hjalmar Lundbohm’s House was built already back in 1895 as housing for LKAB’s first managing director, also the founder of Kiruna: Hjalmar Lundbohm. These days the house is partially preserved as it was when Lundbohm lived there, and the atmosphere and art bear witness to many of the friends who used to visit him there: among others Prince Eugene, Anders Zorn, Albert Engström, August Strindberg and Johan Tuuri. On the 31st of December 2016, Hjalmar Lundbohm’s House will be closed for visitors, awaiting the move to a new location.

In 2001 Kiruna Church was named Sweden’s favourite building in a public vote.

The church, one of the largest wooden buildings in the country, will be dismantled piece by piece and reassembled in new Kiruna. The church was built between 1909 and 1912 under the direction of LKAB’s construction manager in Kiruna, the engineer Bengt Lundgren. Architect Gustav Wickman and manager Hjalmar Lundbohm both participated actively in the construction of the church.