In summer, above the Arctic Circle, the sun doesn't set – a phenomenon known as the midnight sun. Depending on where you are in Swedish Lapland, you can experience it from May to July. The further north you go, the shorter the nights. The best thing about it? You can do whatever you want at any time!

Any time of day

The midnight light in Swedish Lapland basically gives daylight for a couple of months, giving you all the time you need to slow down and see the world. 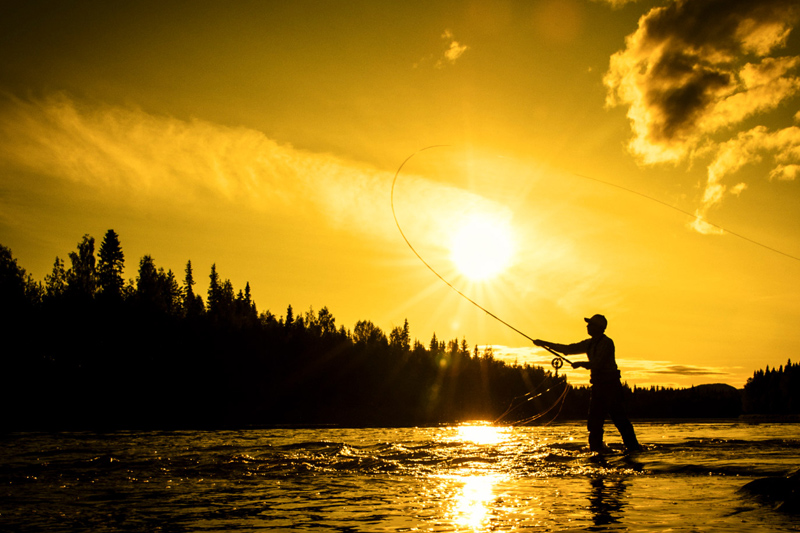 13 WAYS OF LOVING THE MIDNIGHT LIGHT

The season with midnight light in Swedish Lapland is around 100 days long. You play golf in the middle of the night, you take a swim when you feel like it and those who have never experienced the midnight light before wonder how they’ll ever manage to sleep. But then you make your mind up not to worry about sleep and decide it’s time for further adventures — even more summer. Read more.

When the sun literally doesn’t set – you simply get more hours of fun into your day. And if you’re into photography the light during hundred days without night will pose both new challenges and help you evolve. 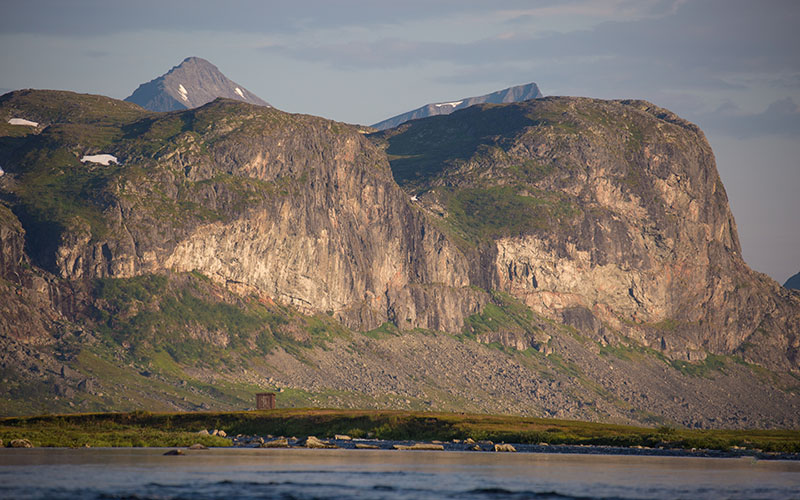 JESS AND THE ARCTIC LIGHT

Jess McGlothlin is a writer and an outdoor photographer, from Montana, USA. With clients such as Patagonia, Orvis, and The Flyfish Journal her work has taken her to several remote destinations in the world. Swedish Lapland and the secluded eco-camps Geunja and Tjounajokk, being some of them. This is her take on the stunning Arctic light as a photographer. Watch more videos like this one.

For the locals, it’s the most natural thing in the world — those bright summer nights when the sun barely sets, keeping the Arctic illuminated 24/7. And in the same way, that same light is what makes life so close to the Arctic Circle quite extraordinary.

Imagine how much you’d be able to experience each day when night never falls. Because why do things during the day when you might as well do them at night? There aren’t many places in the world when such a question is legit. But in the Arctic, it is. You play golf in the middle of the night. You take a swim whenever you feel like it and those who have never experienced the midnight light before wonder how they’ll ever manage to sleep. But then you make your mind up not to worry about sleep and decide it’s time for further adventures — even more summer.

To say that the Arctic nights are magical is, of course, nothing less than stating the obvious. Nevertheless, it sure brings something extra to the table. Ask any local fisherman, musician or mountain biker. Cheesemaker, golfer or night swimmer. Hiker, trail runner or sauna fanatic. Or a writer, for that matter.

Some say we don’t need as much sleep in the summer. Some say that the never-ending ray of lights transforms our berries, our fruit, and vegetables into superfood due to the constant daylight. Like they force nature to blossom while it can. And some say, in the same sentence, it’s because of our long, dark winter nights that we, like nature, live summer life to the fullest. While we can. We don’t know if it’s true. But you know, nature has a funny way of creating balance.

Arctic summers are short and intense, lasting approximately 90 days. The midnight sun is a phenomenon that can only be experienced above the Arctic Circle, but does that mean that the nights in the rest of Swedish Lapland are dark? Not at all. Below the Arctic Circle, we call it the midnight light.

So, what does the midnight sun mean, what can you do with it? People living in the north sometimes get that question. The answer? It’s a simple one. You can do everything – whenever you feel like it.