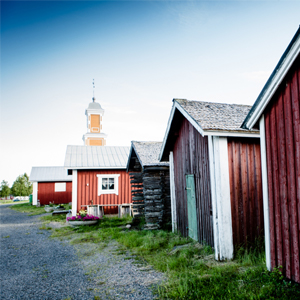 By the Finnish border, along the Torne River, is Tornedalen. Or Torne River Valley. A unique cultural melting pot where the Finns, Swedes and the Sámi have lived together side-by-side, giving life to a minority language only spoken here – and an exclusive food culture. These are fertile lands, perfect for raising livestock and cultivating vegetables. The abundance of salmon and whitefish in the river has parented a strong fishing tradition and a knack for clean eating before the term was even invented.