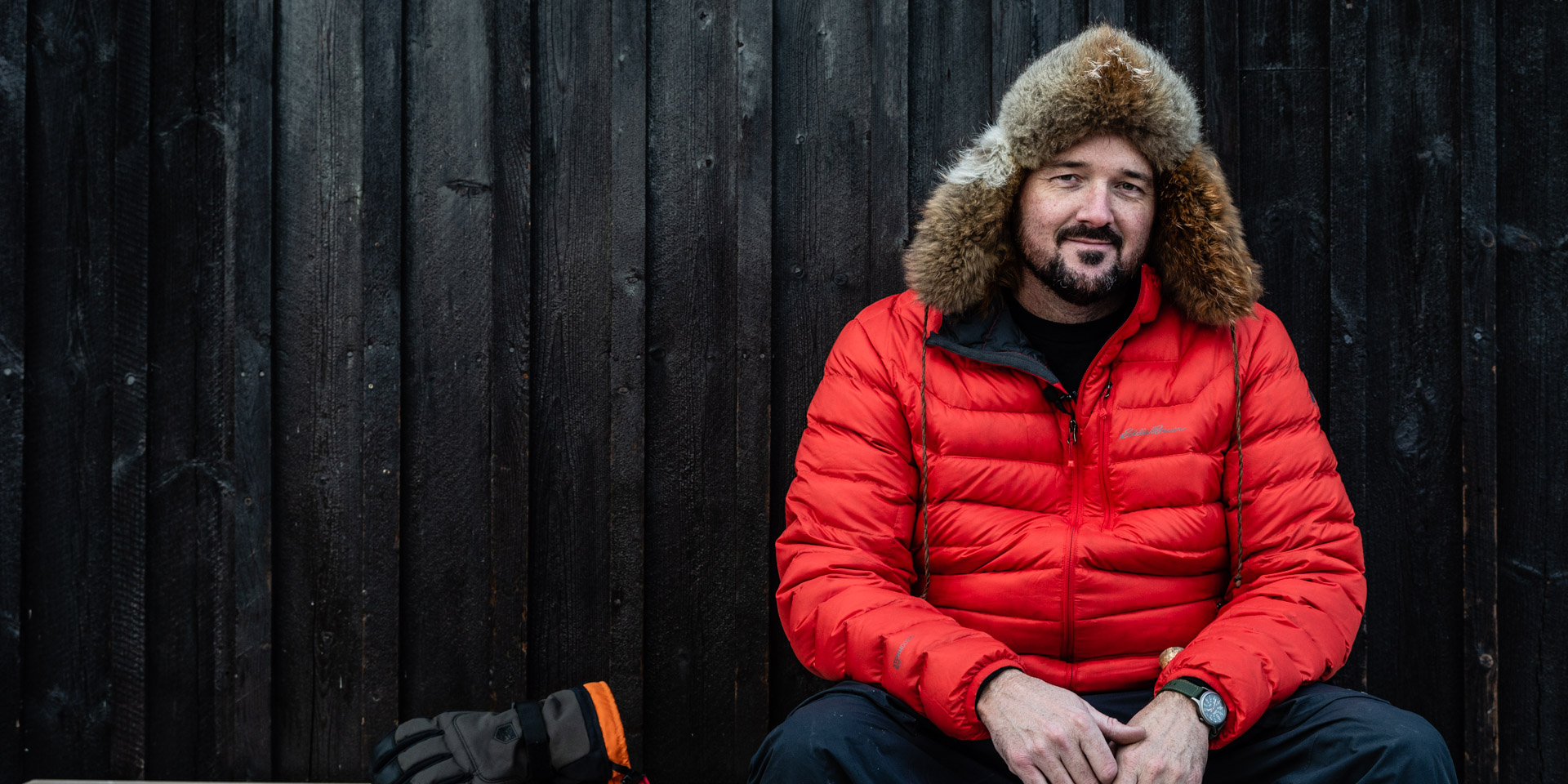 In 2008 photographer Chad Blakely moved to Abisko to work the summer season. He followed the love of his life: Linnea. They both quickly fell for the breath-taking landscape and the welcoming people in the village. So, Chad and Linnea decided to stay the winter as well. But it would become many more summers and winters.

Chad Blakely’s interest in photography began at an early age. As a teenager, he worked for a local newspaper in a small town outside New Orleans, Louisiana. During his college years, he started a small company and photographed weddings and graduating students. But even if he really liked the technical aspect of photography, he quickly got tired of taking pictures of the same things.
– I put my camera on the shelf and thought my days behind the lens were probably over, Chad says, sitting on the porch of the sauna by lake Torneträsk in Abisko.
– But this particular place changed all that. Nearly ten years ago. 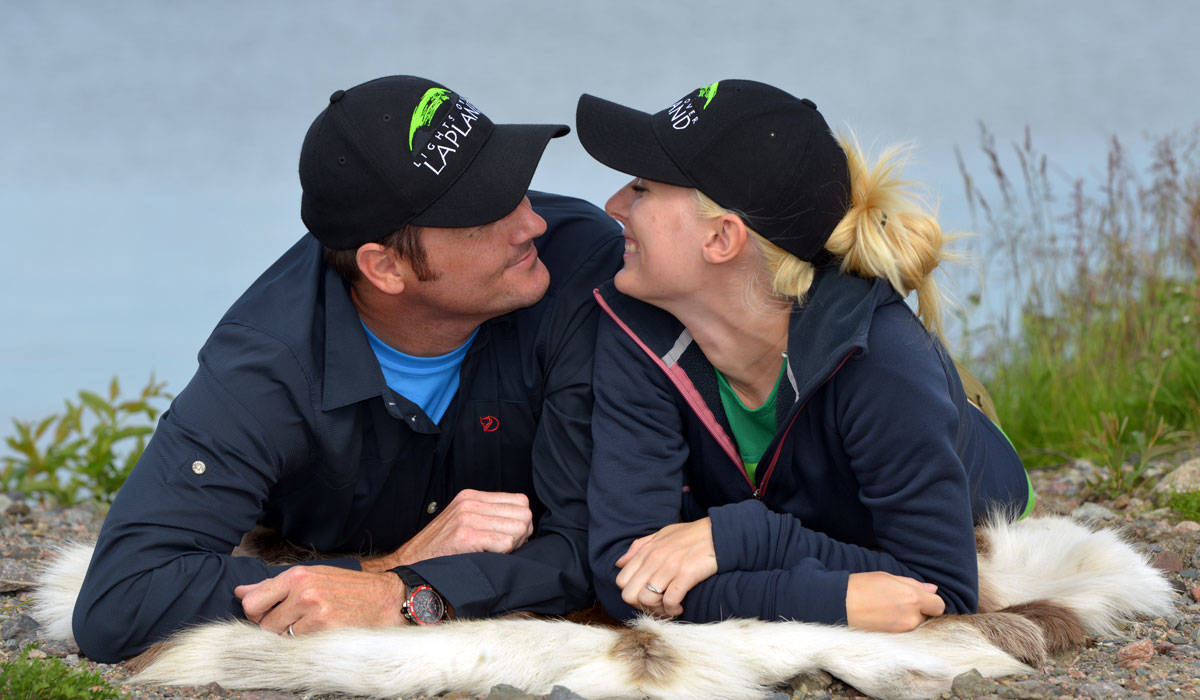 Chad was tired of photography and of school as well, in fact. He dropped out of school and made a living through various jobs. At a party in his hometown, something incredible happened: a young girl from Sweden suddenly came into the party and the two were introduced. A year later, to the day, they got married in Arkansas.
– I wanted to get to know Linnea’s culture and native country a little bit better. So, I resigned from my job in the US and moved to a small town far up north in Sweden, Abisko, to start cleaning bathrooms at STF Abisko Turiststation, he says and laughs.

The idea was that they would stay in Abisko for the season and then move on. In those days, in 2008, Abisko was still a fairly undiscovered place with some activity during summer, but rather quiet in winter.
– I was very happy to get that opportunity. I spent my days cleaning and, in the afternoons, when I had time off, I explored the surroundings in the national park. 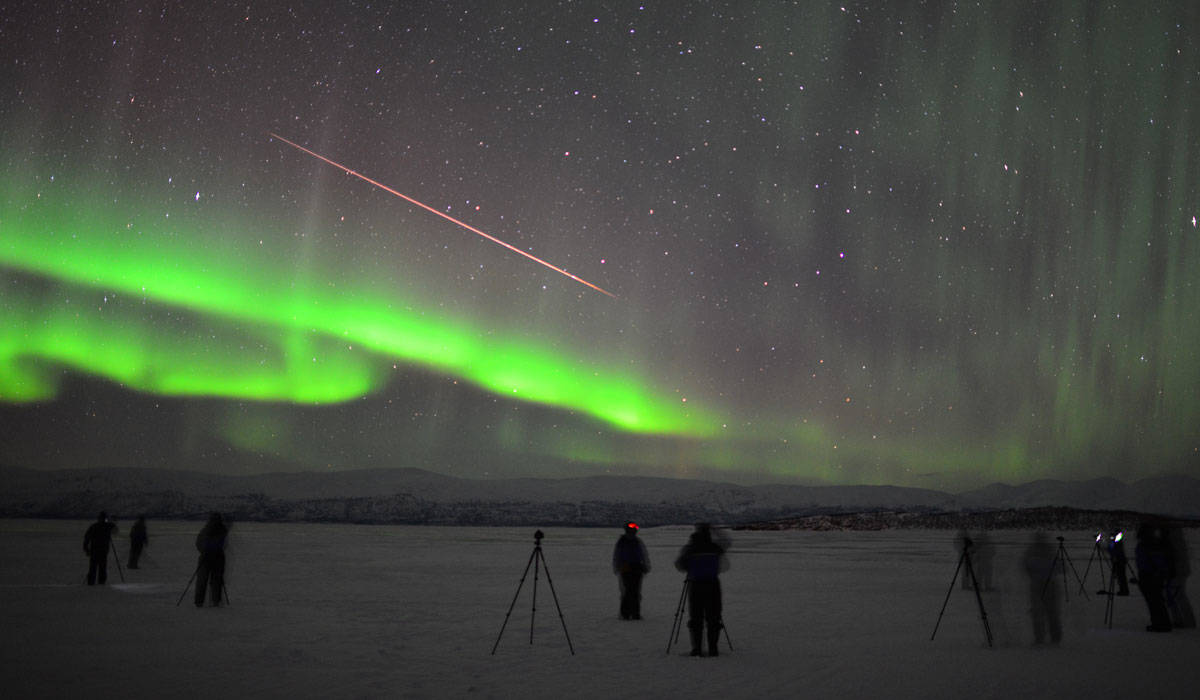 Lights over Lapland have spent thousands of hours outdoors, taking photos of the star- and northern-light filled the sky above Abisko national park in the company of guests from all over the world.

One evening after work, on his way home, he saw a strange green glow in the sky. At the time, Abisko was not known as a northern light paradise yet, so he did not understand straight away what it was he was watching. But after a couple of minutes, the green glow transformed into northern lights filling the entire sky and that is when he understood the logic of it all. Far north, above the Arctic Circle, and green lights in the sky:
– Boom, I suddenly realised that I was witnessing the first Aurora Borealis of my life.
There were lots of things that changed his life that evening.

– That evening, as I went to bed, my head was so full of thoughts about what had happened that I couldn’t go to sleep. There was no doubt in my mind, I needed to see more of it.

Something inside of him changed from that moment on. He became addicted to the northern lights that instant and felt compelled to learn how to take photos of it, so he could share it with the rest of the world.
– That evening, as I went to bed, my head was so full of thoughts about what had happened that I couldn’t go to sleep. There was no doubt in my mind, I needed to see more of it.
– I was so keen on capturing the lights with a camera, but I faced a major dilemma: I had no digital camera – or money to buy one.

Abisko has one of the best conditions in the world to experience the northern lights. Photo: Ted Logart

All about the northern lights in Swedish Lapland

Since that evening, Chad and his guides at Lights over Lapland have spent thousands of hours outdoors, taking photos of the star- and northern-light filled the sky above Abisko national park in the company of guests from all over the world. As far as Chad is concerned, there is no doubt about it:
– That video and that evening helped us put Abisko on the map as the best place in the world to see the northern lights.