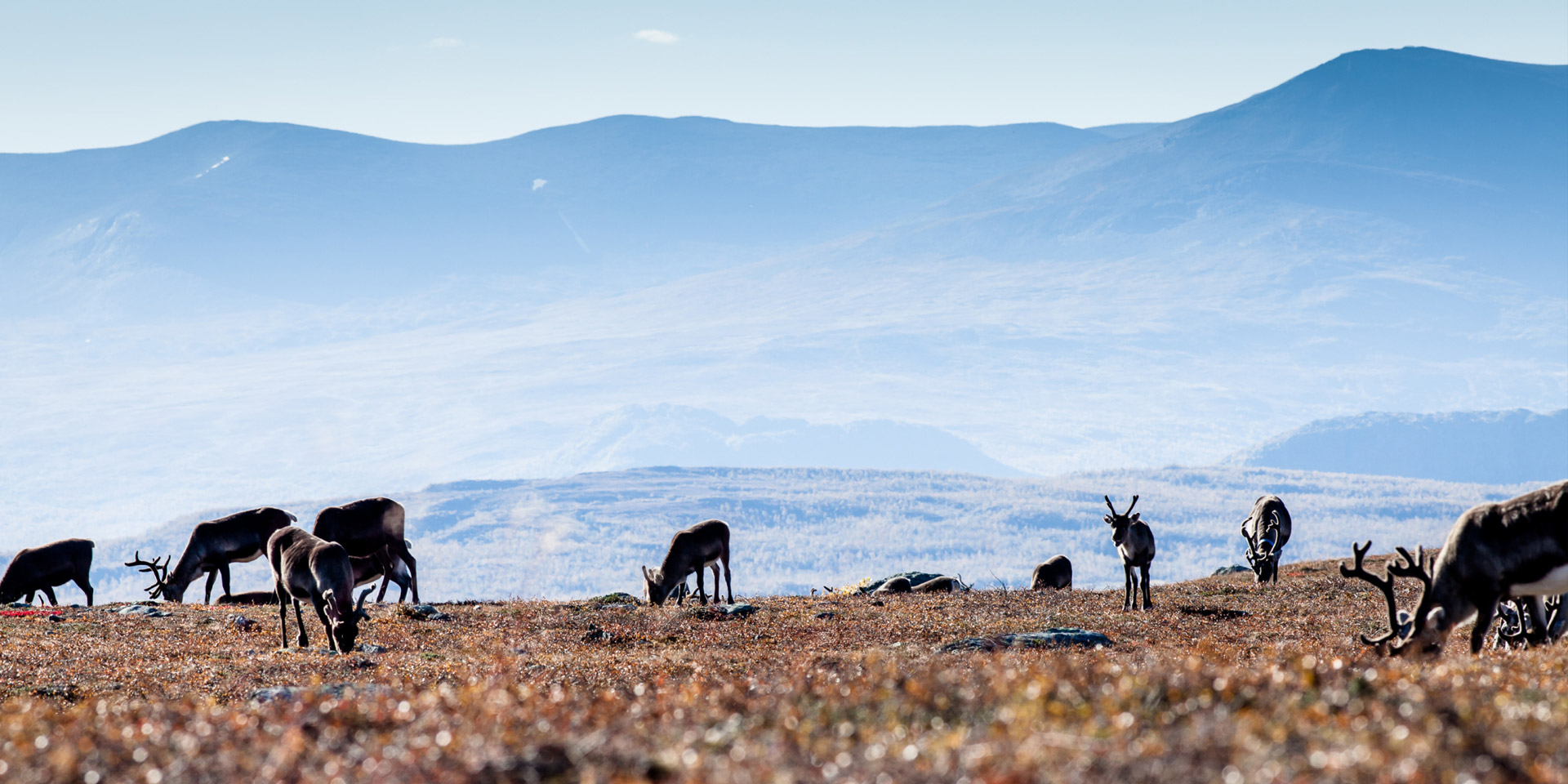 Adapted for the Arctic

The habitat and existence of the reindeer are under constant threat. Global warming is now a reality, just as the Ice Age was a reality, about ten thousand years ago. The reindeer adapted to the expansion and retreat of the ice cover. That is how evolution works; over millennia.

It is not by chance that the reindeer on Svalbard are short-legged, while the reindeer of the woodland Sámi villages in Sápmi have longer legs. Long legs are a disadvantage on mountain slopes swept by winds coming off the Arctic Ocean, but they are a great advantage in the deep woodland snow. The reindeer is ideally adapted for life in the Arctic. 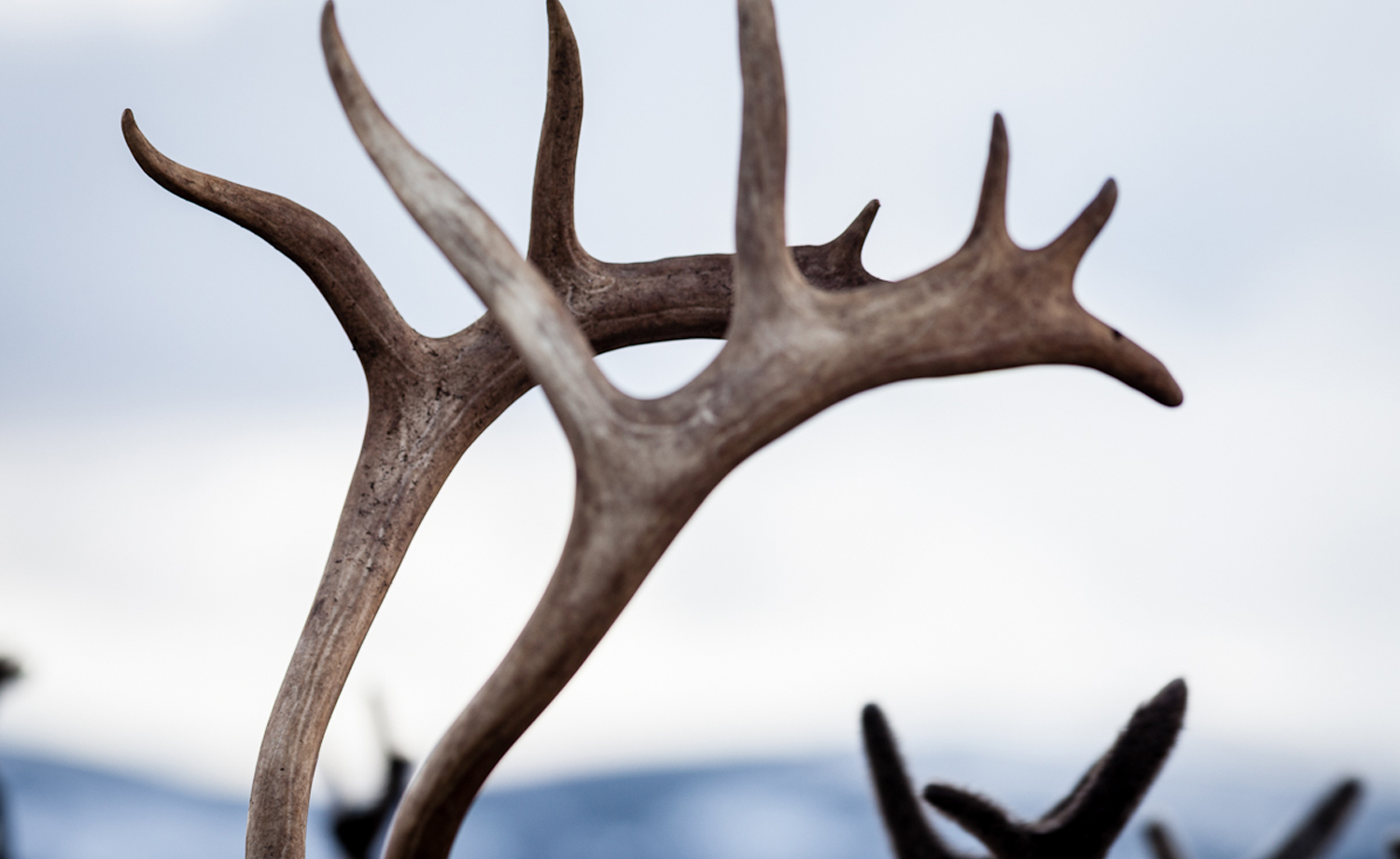 Unlike many other antler-bearing animals, both male and female reindeer have antlers.

Take the antlers, for example. Unlike many other antler-bearing animals, both male and female reindeer have antlers. But, while the bulls shed their antlers in late autumn, the cows keep theirs. The mother must be able to protect her calf from predators. Her antlers also help her to keep bulls away from her fodder. In addition, in winter, heavy antlers are an encumbrance for bulls after the rutting season. They must conserve energy.

Unlike many other antler-bearing animals, both male and female reindeer have antlers.

It has been said: “The reindeer has a shiny red nose and lives in a harsh environment where food is scarce”. Besides the fact that it only has a shiny red muzzle in Disney productions, the reindeer is well-adapted for thermoregulation and finding fodder. The reindeer’s winter coat provides highly efficient thermal insulation. But cold weather poses a problem only if the animal has developed its summer fur and summer is delayed. The more significant issue, instead, is how to lose heat. Therefore, a system has evolved that allows blood to be circulated out to the legs, where a lack of subcutaneous fat means that the blood is cooled. Another mechanism enables the reindeer to lose excess heat. Like dogs, reindeer have large tongues and panting regulates their body temperature. 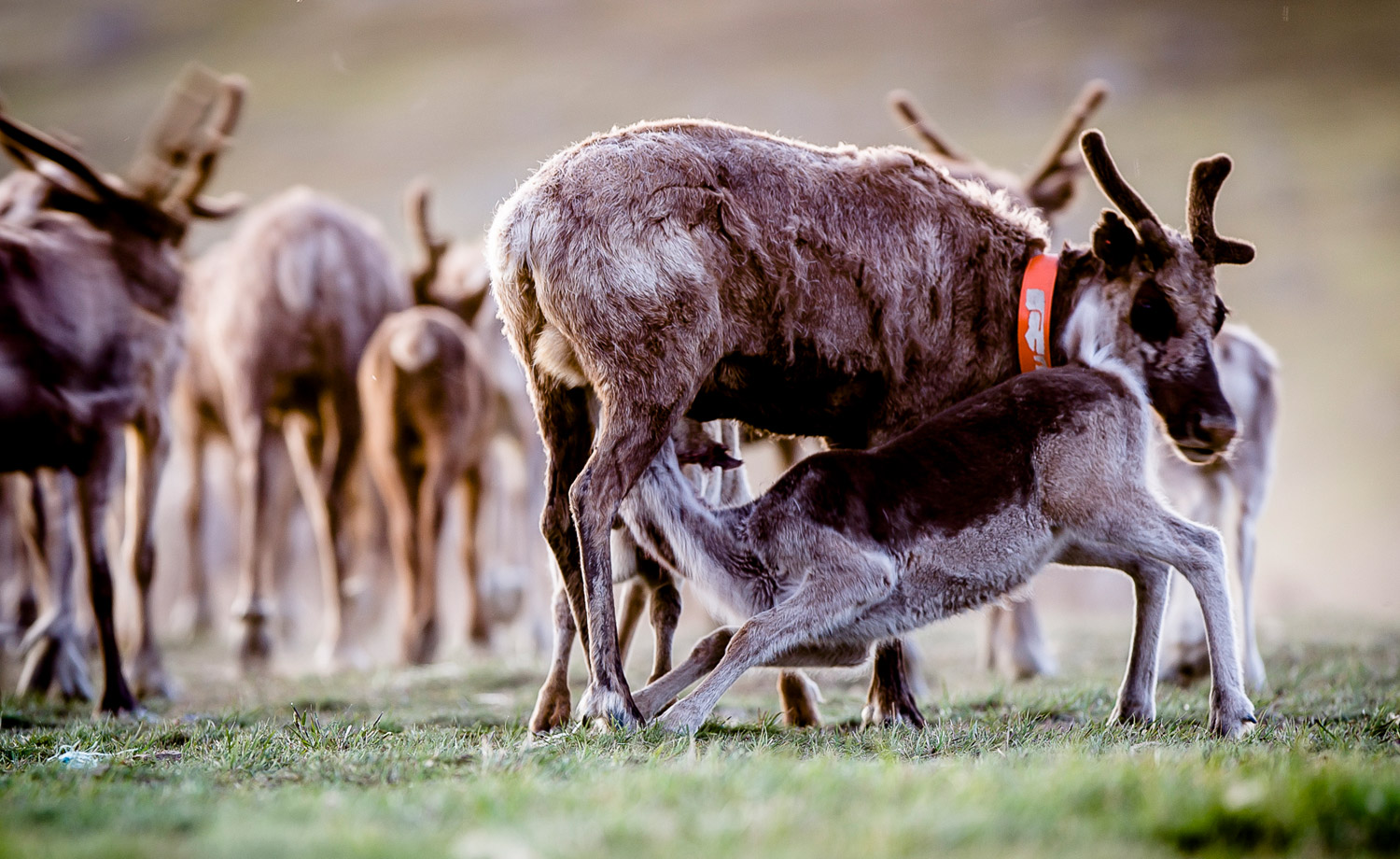 While the bulls shed their antlers in late autumn, the cows keep theirs. The mother must be able to protect her calf from predators and keep bulls away from her fodder.

Perhaps the most fascinating feature  to have evolved in a cold climate is the reindeer’s muzzle. Although it is not red, it is still noteworthy. It is a highly efficient heat regulator. When we humans exhale in temperatures of around minus 30 Celsius, a cloud of warm vapour forms around our faces with every breath. If  we are walking, it freezes on our faces. This does not happen to reindeer. As the animal exhales, its muzzle lowers the temperature to 21 degrees Celsius. In this way, the reindeer avoids being covered in frost while at the same time minimizing heat loss. But the muzzle also functions in the opposite way, much like a heat exchanger. The reindeer can ‘open’ its muzzle and release heat, for example, if it is being pursued. But the animal also has other arctic adaptations.

Researchers have discovered that the reindeer’s eyes change colour with the seasons.

Researchers have discovered that the reindeer’s eyes change colour with the seasons. This colour change helps reindeer to see better during the continuous darkness of winter when the reindeer’s eyes are blue and in the constant daylight of summer when the eyes have a golden colour. The blue-eyed winter reindeer can see ultraviolet, which is abundant in arctic light, allowing them to find food and see predators. In the wake of global warming, when one might imagine that the reindeer will slowly adapt to new conditions, a question arises. Can it be possible for the reindeer to do this in times such as these? 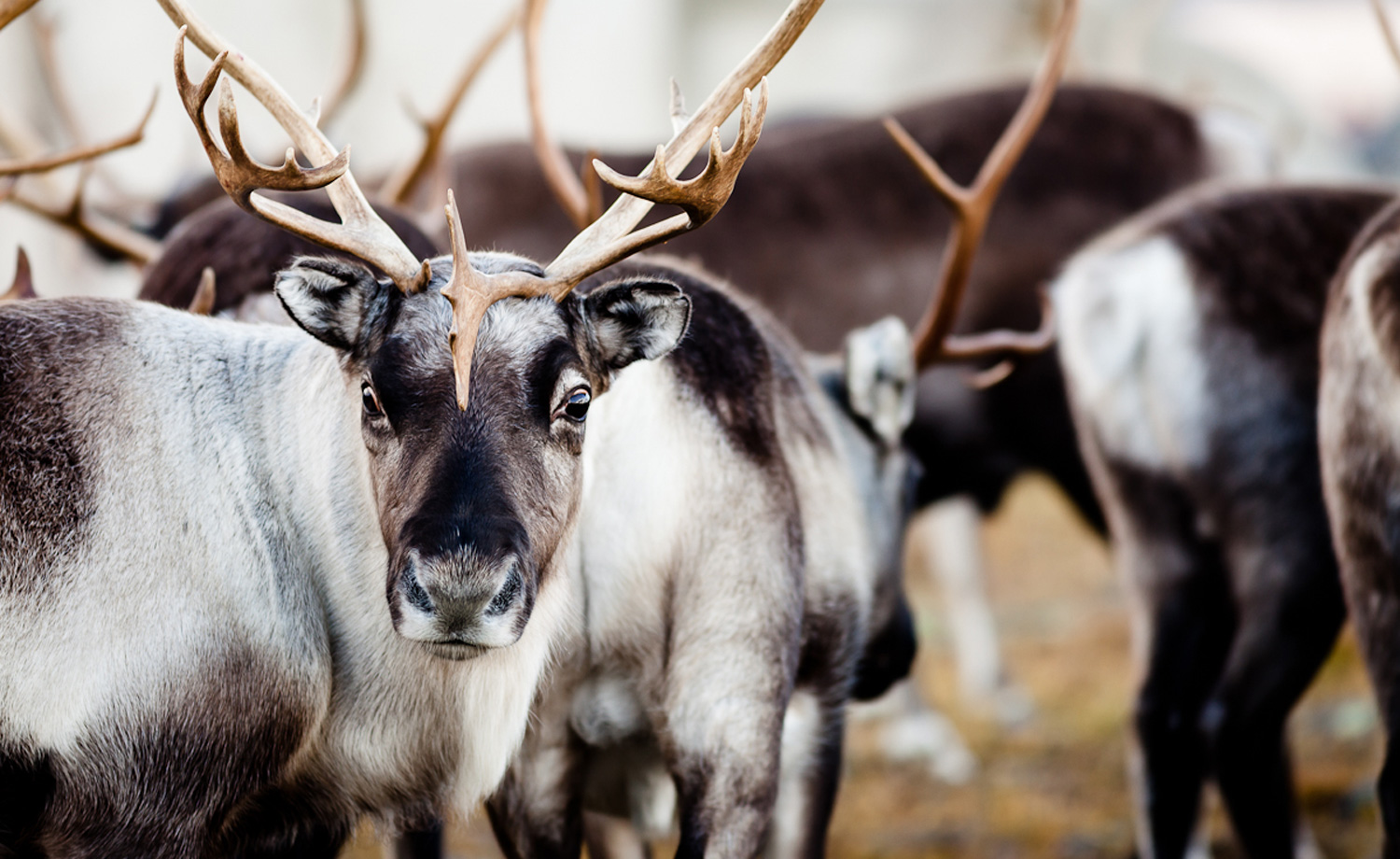 The reindeer's muzzle is a highly efficient heat regulator.

All factors considered, including the busy, modern lifestyle of the Sámi, the answer is probably no. On the other hand, the impact of a growing society, with highways, railways, power lines and hydro dams, is probably a much greater problem than whether or not, due to a changing climate, the reindeer will have time to change their migratory paths. One problem gives rise to the next, even for an animal that uses its nose to regulate its body temperature.