She made the move from Stockholm to Swedish Lapland in her twenties to work at a mountain station and had her first life changing experience. Several years later she had the next one as she found her calling as an ambassador for the taste of Swedish Lapland. Meet Eva Gunnare – food creator and curious explorer of nature.

Born and raised in Sweden’s capital, Stockholm, Eva Gunnare had limited experience of nature growing up. When she hit 20 she had travelled the world, but never been north of the Arctic Circle. She took a position at the mountain station in Kvikkjokk knowing little of what to expect, and ended up feeling right at home.

– I returned and spent eight summers in Kvikkjokk, the last years as a manager which was a huge growth experience for me. This whole period: discovering the nature, becoming a part of the small community and being judged on my personality rather than my work or other superficial attributes, really changed me to the core, Eva remembers.

– It’s like I’ve been travelling in the same area for 25 years; I keep finding more and more the further I explore.

She also spent the spring-winters as a host at mountain cabins in the area and got to know the culture and the locals more closely. Botanists also frequented the mountain station, and one of the guides who worked there started introducing her to the wild herbs and berries growing in the area.

– I was never afraid of being alone in the mountains, even though I grew up in the middle of a big city, I felt very comfortable in the surroundings. And the more I learned, the more secure and at home I felt.

The rich mountain moors in the heart of Padjelanta is Evas summer paradise. Photo: Eva Gunnare 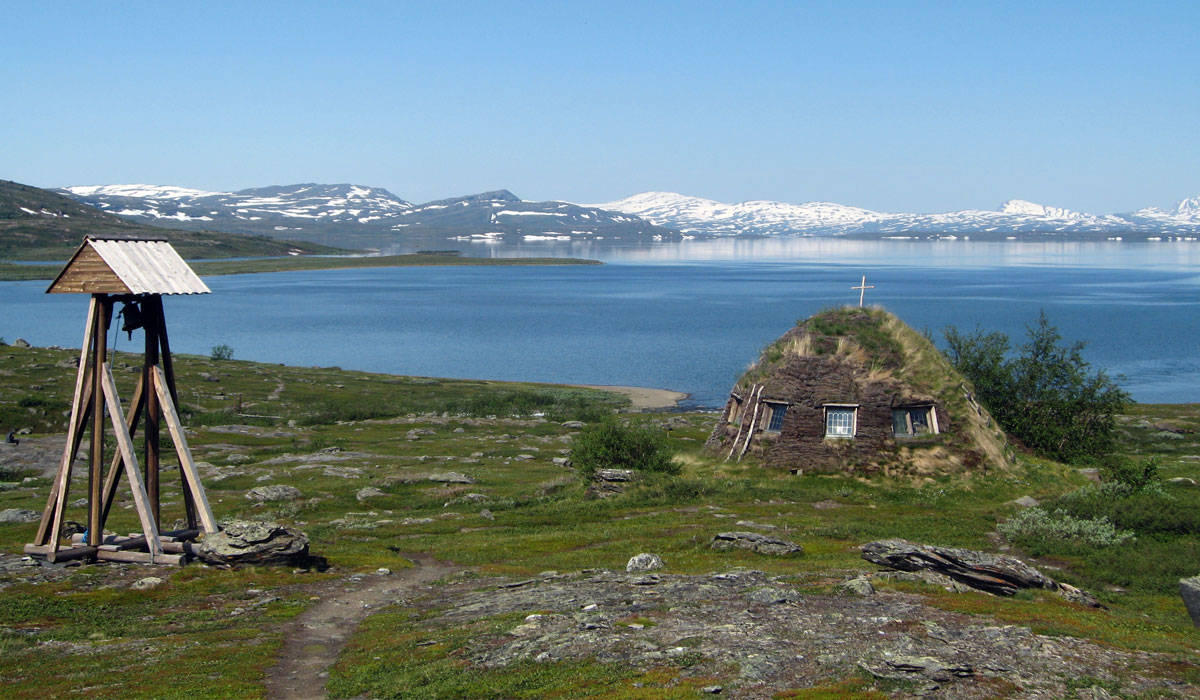 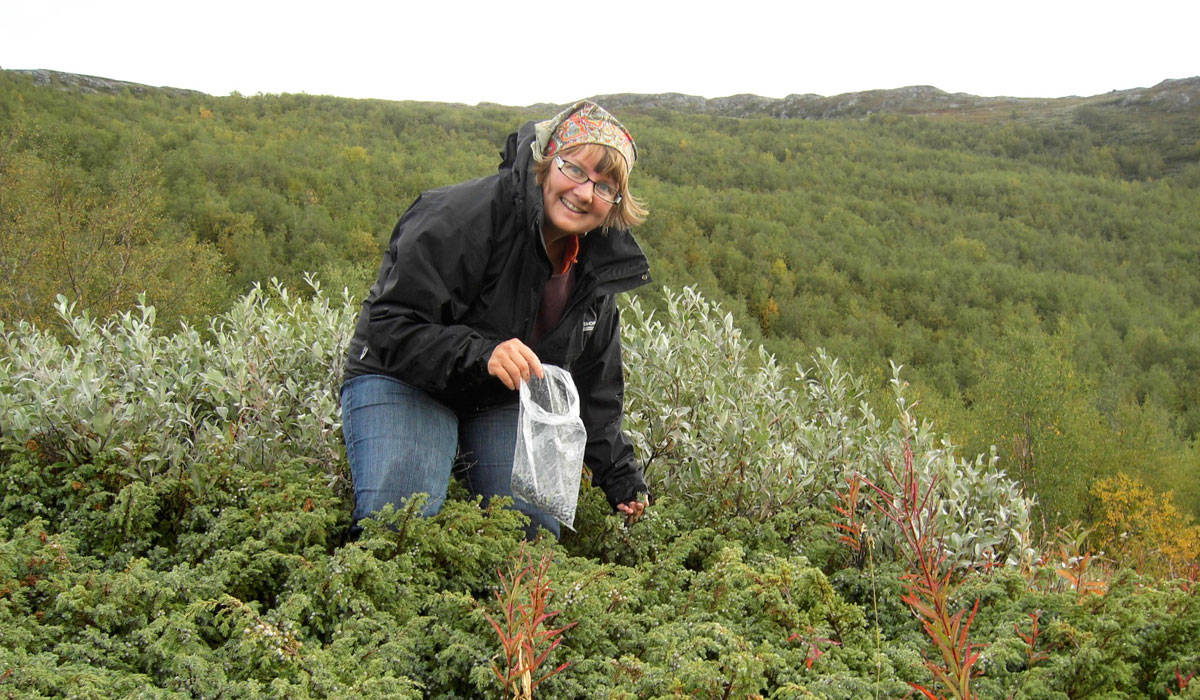 The juniper bushes in the beautiful surroundings of Swedish Lapland is Eva's favorite place to be. Photo: Eva Gunnare 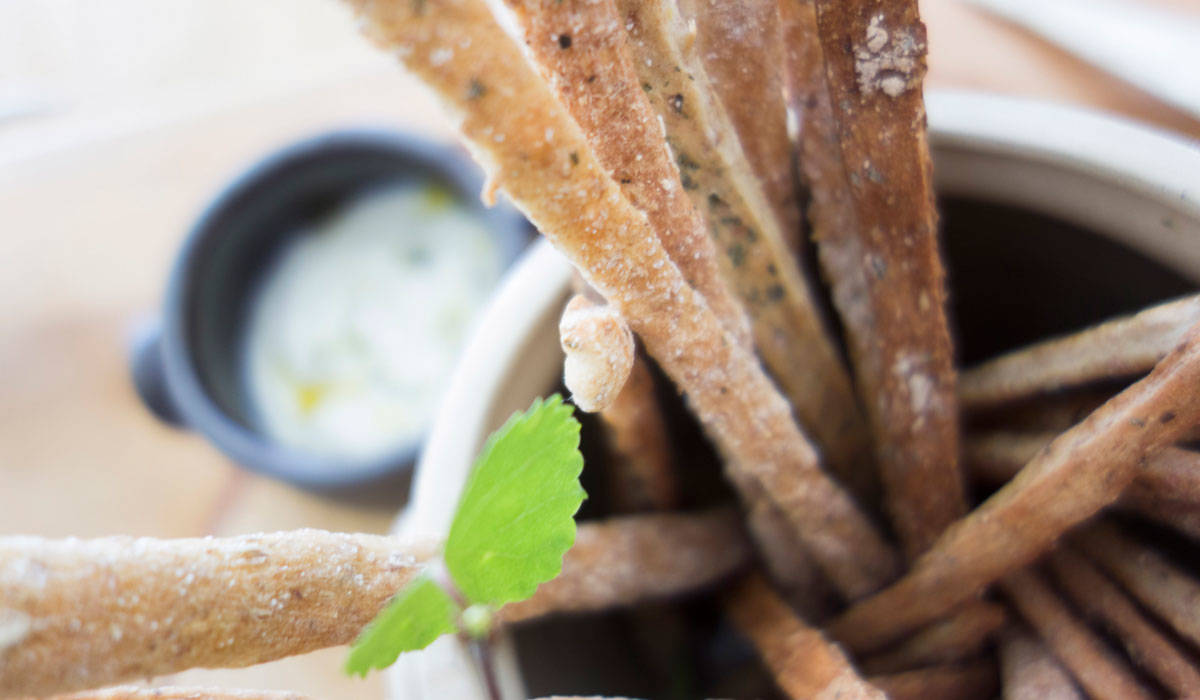 Evas bread sticks made of birch and spelt with a pine and fir-dip sauce. Photo: Fredrik Broman

Eva hosts guided tours and taste events through her company Essense of Lapland. You can come with her and explore the surroundings of Jokkmokk and learn more about edible plants and the local culture. You can also cook together with her or buy her homemade herbal products when you visit Jokkmokk.

After a few years Eva met a Sámi reindeer herder from Tuorpon Sámi community. All of a sudden a part of her life involved helping out at larger event like marking of calves in the summer. During a month each summer they lived simply in a tent-like construction of peat in Stáloluokta in Padjelanta (Badjelánnda) National Park.

– Through my Sámi husband I learned a lot of the culture just by living and working together. There is a lot of knowledge about how to preserve and utilise the wild pantry, making food for long periods of time when you don’t have access to our regular conveniences.

What finally made Eva find her right context was when she attended a yearlong training program on Sámi food culture:

– I had spent the last years working in an office, and when I took this class with Sámi food ambassador Greta Huuva in Jokkmokk, it all fell into place. I was in my true element being outside, finding fresh raw ingredients and spending a lot of time in the kitchen exploring tastes and learning the traditional craft. It evoked so much lust and gave me energy to keep exploring and learning more. In a way I still see myself as a visitor in this area, the more I learn the deeper my experience get. It’s like I’ve been travelling in the same area for 25 years; I keep finding more and more the further I explore. My mission in life is to make more people aware of the wonderful treasures we have waiting just outside our doorstep.

At TedX Kiruna, Eva gave a inspirational talk about her love for everything edible in her surroundings, the wilderness in Swedish Lapland.