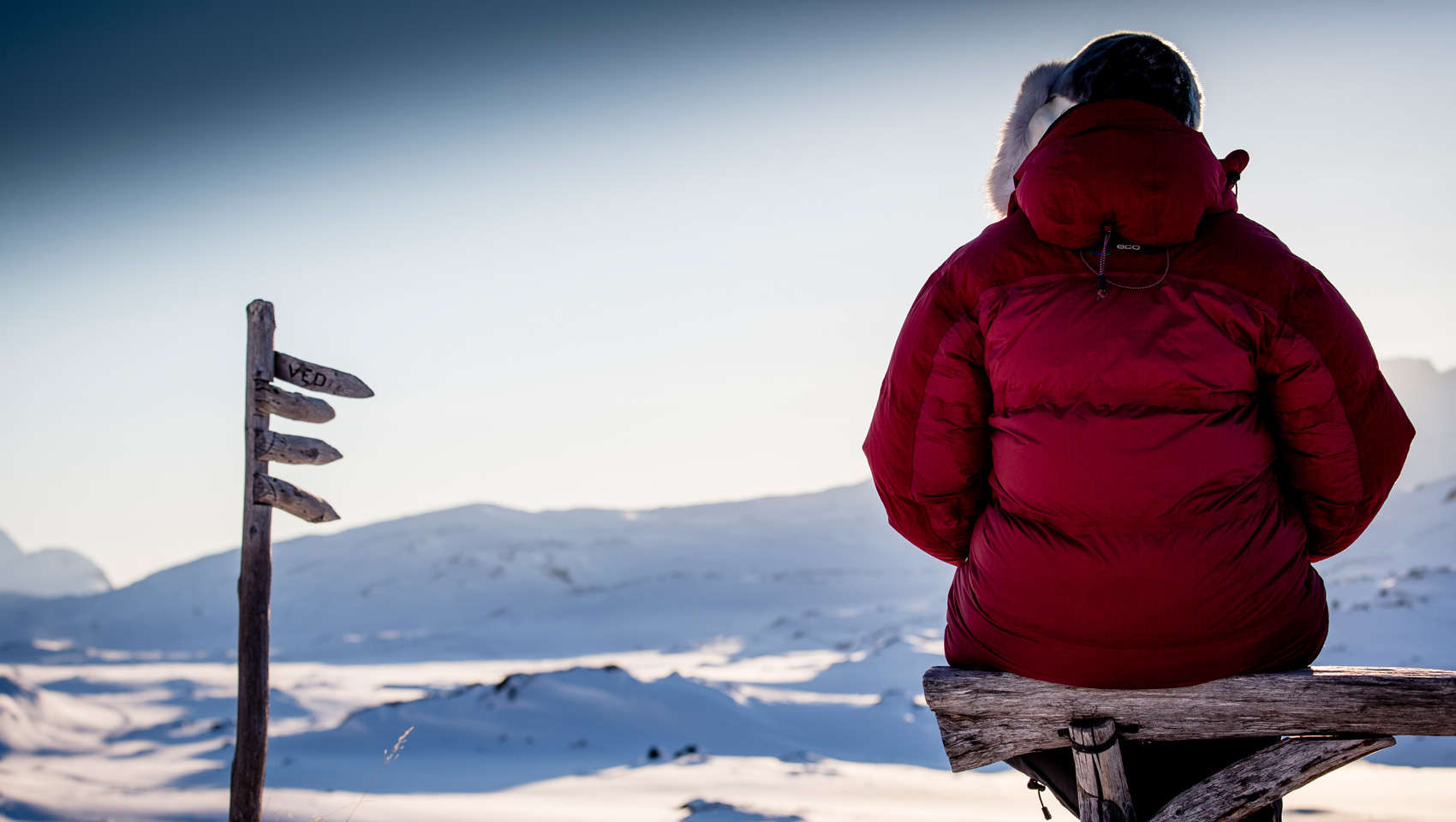 Stories Nature 200 words to describe the soul of snow

Snow is something more than frozen water to the Sami people. It’s a way of expressing the foundation of their existence – the migration of the reindeer. To a skier, snow is also more than snow. It’s the way you experience life.

It was the best skiing of the season. From the top of the chairlift and down to the forest line the snow was deep as a ski boot and completely virgin. But how would you define ‘the best skiing of the season’, more precisely? As far as I’m concerned, the answer is a given: snow! Or muohta, as the Sami say back home in the Lulesami dialect. You can be staying in a good ski resort or a bad one. You can have good weather or miserable weather. You can have sharp edges or blunt ones… In short: a good or a bad day. What will decide whether your skiing is good or not is the snow? But to the Sami, as well as the skiers, good snow means different things on different days. But good muohta always means good jådåt, that is: good skiing conditions and good skiing.

People say that the Sami have more than two hundred words for snow, but what they actually have are two hundred words describing the quality and condition of the snow – it’s soul. The holy grail we call powder is habllek in Sami. A frozen crust is called sabekguottát. What this means, more precisely, is a frozen crust that just about carries your skis, but breaks if you have to do anything else, like making a turn. We avoid sabekguottát. There is no word for artificial snow in Sami. Because just like Inuits have 20 words or more for snow and no word for war, the Sami have no time for such modern follies. 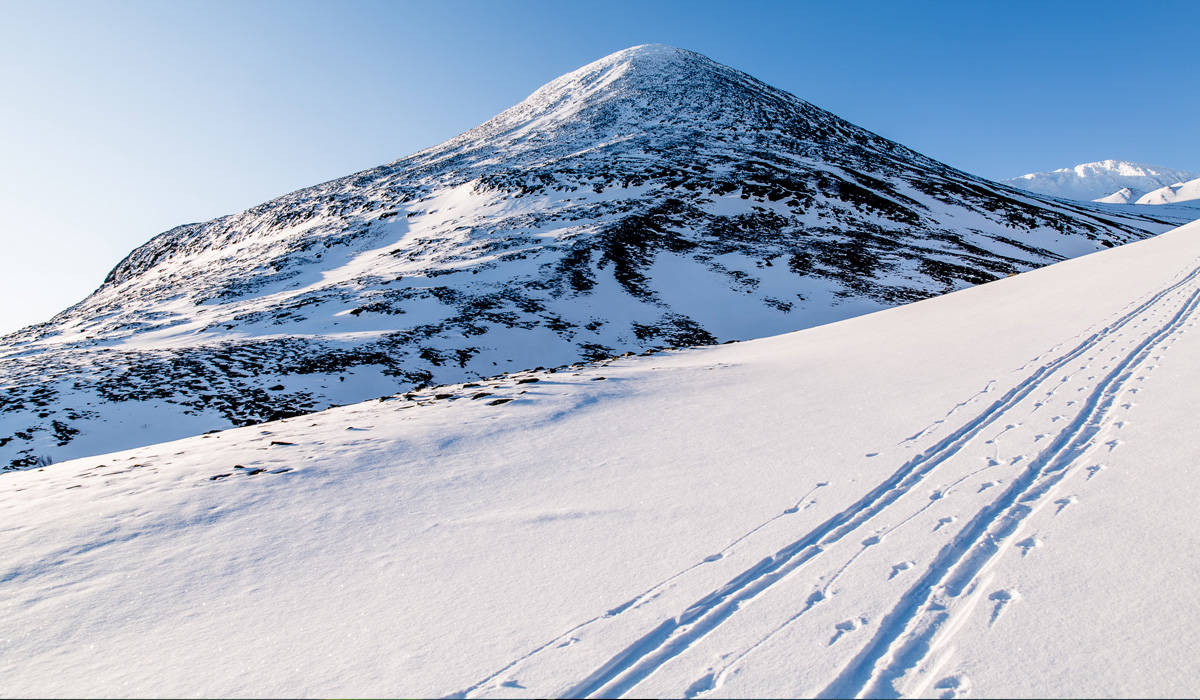 The best habllek is allegedly found in Utah, in the US. There it’s referred to as the powder, which in principle is how you’d translate habllek: dry and light powdery snow. Sometimes people try to explain this wonderful phenomenon as champagne powder, which is a good description. Like snow dust, only tastier. I’ve encountered that kind of habllek in Sweden on occasion, and then it’s was even åppås, which is untouched winter snow without tracks. I still remember the first time it happened – that’s when I became a skier, heart, and soul. After a massive snowfall, the temperature had dropped to minus 30° Celsius in the village and the snow was drier and lighter than I’d seen it before, or even since. You could go three hundred meters on the mountain above the treeline and when you turned around the snow was still flurrying around in the air as if it were dust or habllek. It was so fiercely cold that my feet froze to the boots. And it was a miracle that the old T-bar lift spluttered and started and the hotel manager at the only restaurant in town was heating up mulled wine as fast as he could – even if no one understood what it was. But no one cared, everyone was enjoying this muohta we had never previously encountered.

Usually, habllek is the cold snow that falls, but because it’s so cold and dry in Utah, and occasionally in the Swedish mountains, it keeps its light characteristic even once it’s fallen. The normal, good powder we ski on is a bit thicker than habllek and is called slievar. That’s good enough. After a couple of days, the slievar has been carried off by the wind, disappeared after being skied on, or been transformed into skabrram, those nasty snowdrifts. Both habllek and slievar are fresh products and need to be consumed straight away, not stored. Snow always seeks to stabilise itself, but that doesn’t mean it gets better with time, it just gets more solid and safer. Avalanche, by the way, is called rido in Sami, and we avoid that too.

The nasty difficult conditions skiers call sastrugi, runs by the name of skabrram in sámi.

When spring arrives we go ski touring. It’s cold in the valley as you ascend. Crunch, crunch go the climbing skins against the hard, frozen snow crust – tjarvva – in this little world you’re now all of a sudden part of. Alpine touring – or randonnée – is a meditation for the modern human, a bubble to enclose you. Tjarvva gives the steel edges something to bite into, but to reach the summit you might need crampons. Tjarvva isn’t that enjoyable if you ask me. It’s hard crust down to the ground, night and day, but it’s very good for migrating reindeer. Down in the valley, the tjarvva is often nice and smooth, but on the mountain, it often turns into skarbrram.

To a skier, the wind is the snow’s worst enemy, just like the sun. But at the same time, it’s a ski tourer’s friend. The wind packs the snow into grooves for us to ski down; they would be filled with impossible stones otherwise. The sun heats the surface of the snow, making it soft and easy to ski. The best conditions for high-speed cruising and safe and easy skiing down the chutes are created when the sun warms the tjarvva and creates surmmit. The skis become one with the snow in a way they almost never do: it’s like a hot knife through butter. Completely without friction. The Sami also use the word surmmit when they speak of reindeer meat that’s been thawed perfectly, making it easy to cut thin slices. 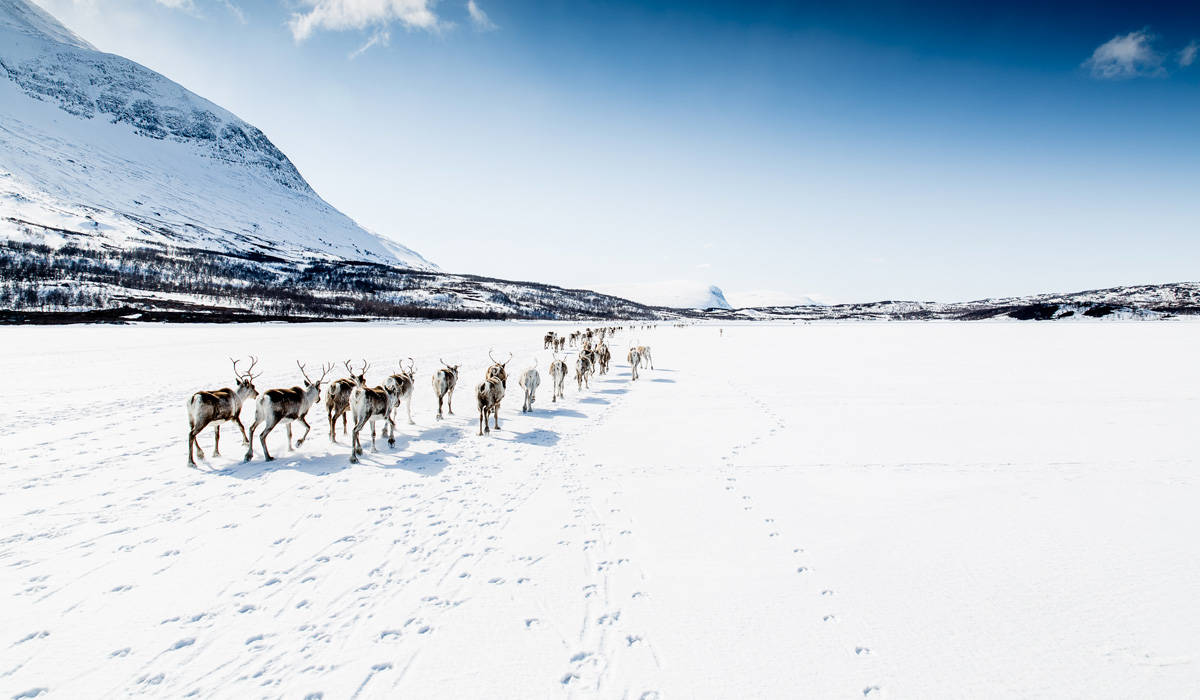 Maybe the best conditions for a skier is when the sun warms the surface of the solid frozen snow crust - called tjarvva - into a few inch thick sorbet. A condition the sámi people call surmmit.

Like I said: there’s a season for everything. And to many, the best of seasons is spring, or gida. When the Sami head towards the mountains for the calves to be born, the alpine tourers head the same way. Gida is when the snow starts to melt; the days are warm, the nights are cold and the skiing conditions are always great, and this is what they call jådåt.

The Sami have so many words for snow and they haven’t made do with only four seasons either. They are sometimes called the ‘People of Eight Seasons’ and their seasons have nothing to do with the sun or the calendar, they’re connected with the life cycle of the reindeer. The latter part of August, for example, is called tjaktjagiesse, a time for harvest and fall foliage., It’s followed by autumn, tjaktja, which then becomes the beginning of what we call winter, or dálvve. But the Sami also have an “autumnal winter”, tjaktjadálvve, in between. This is only difficult to come to terms with if you don’t understand that life isn’t always as easy as the calendar leads us to believe. Life is always larger than the time frames we try to squeeze it into. 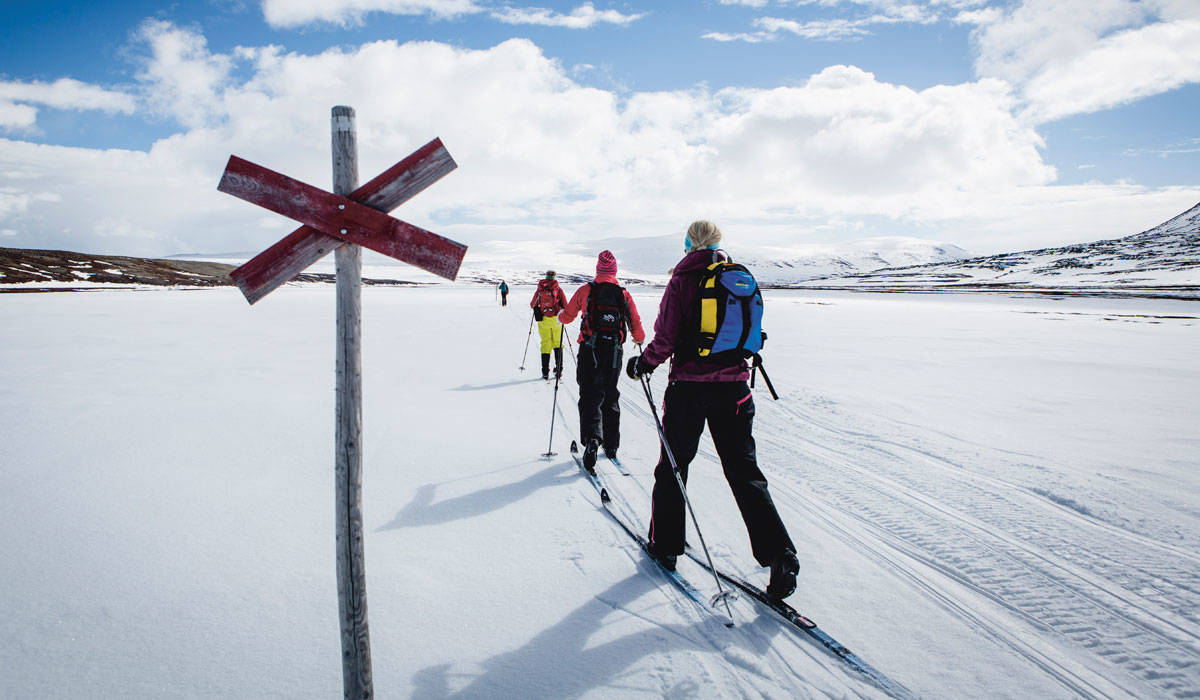 There is a season for everything and if you live like the Sámi, in close contact with nature, you also might end up having eight seasons instead of four. And if you are lucky - it will give you more time for life.

The mountains in spring

With perfect surmmit, the mountains in spring offer up wonderful skiing. But spring in the north is always full of surprises. You wake up one morning and there are thirty centimetres of slievar on the mountain. You take full advantage, of course. Tracks from others are also present, it’s not completely åppås, but why complain? Friends of mine have been skiing on slievar in the mountains on the National Day of Sweden, on the 6th of June. It doesn’t happen all the time, or even often, but it does happen. But this time is also when we’re hit by the siebla, what we Swedes sometimes refer to as the ‘decay’ when the snow doesn’t carry you anymore and just turns into a cold swamp filled with bottomless slush. It’s time to put your skis in storage and accept the word gida. It’s when you start looking for your mountain bike.

Between spring, gida, and the time when the sun disappears, tjaktjadálvve, we have five months according to the calendar, but there are five seasons too. There’s a season for everything and you’ve got to keep up. At the wine bar, I order a Prosecco. It’s not champagne, but there are plenty of bubbles and it’s a drink for celebrations. I’ve had one of this season’s best skiing experiences today, with some habllek and a lot of slievar, and I’m staying for another three days. It’s pure luck, which is called vuorbbe in Sami, and they tell me there’s only the one word for it.