National parks are areas featuring a certain type of landscape, protected to preserve their natural condition. It's about creating opportunities to experience nature. Swedish Lapland has the most, the oldest and the largest national parks in Sweden.

Most things in life aren’t as obvious as they might seem. On one side of lake Torneträsk, we find Vádvečohkka (Vadvetjåkka) National Park, one of Sweden’s wettest areas. On the other side of the same lake, Ábbeskovvu (Abisko) National Park is one of Sweden’s driest areas. While Abisko lies in the rain shadow, the top of Vadvetjåkka is surrounded by incoming clouds from the Atlantic where rain keeps falling. Different strokes of fate – even for national parks.

Autumn in the mountains is colourful, and the air is crisp.

In Sweden, there are 29 national parks, but most of them, and most of the total protected surface, is located in Swedish Lapland. In fact, 95 % of Sweden’s national park area is here, and the main part of it belongs to the UNESCO World Heritage Site Laponia, of course. It contains the national parks Sarek, Muttos (Muddus), Stuor Muorkke (Stora Sjöfallet) and Badjelánnda (Padjelanta), and has a total surface area of 9,400 square kilometres.

Laponia is the largest protected natural area in Europe, as big as Cyprus. We’ve already mentioned six out of Swedish Lapland’s eight national parks. The other two are Pieljekaise in Arjeplog and Haparanda Archipelago in the Bothnian Bay archipelago. So not only do we have fundamentally different parks in terms of precipitation, in Swedish Lapland, there are parks located at sea level as well as in high alpine environments.

Sweden was the first country in all of Europe to establish national parks. The land was earmarked by Parliament on the 24th of May 1909 to protect nine specific areas that were considered of particular interest.

In the US, Ulysses S. Grant pushed through the Act of Dedication already in 1872, which means Yellowstone is often said to be the world’s first national park. But Mongolia had in fact protected the area Bogd Kahn Uul Mountain back in 1778.

Sweden was first in Europe with nine parks, four of which located in Swedish Lapland.

The national parks are a playground for curious adventurers.

Most national parks have been made accessible to visitors. Accessibility is not to be taken for granted, however. Sarek, for example, contains six of Sweden’s thirteen mountains over 2,000 metres. Getting to the peaks is up to you. But getting to Abisko National Park is as easy as just getting off the train, out of the car, or out of the chairlift on the Nuolja mountain.

Muttos (Muddus) National Park is almost 50,000 hectares, but only a small part (perhaps a third) provides visitors with easy access via paths, footbridges and overnight cabins. Also, during large parts of the year, the bird protection area in the park is completely closed off.

Blueberries, or rather Bilberries.

You’re allowed to camp, pick berries and mushrooms, and use dead branches to make fires. But in everything else you have to be careful about how you approach the national park.

Welcome, the forest is yours

A national park always has stronger nature protection than a nature reserve, for example, even if all parks have different levels of adapted protection. For example: in Laponia you can fish in Badjelánnda National Park, whereas all fishing is prohibited in neighbouring Sarek National Park. Dogs are allowed on a leash in some parts during certain times, and in others not at all. In some places you can ride a bike – in others, it’s not allowed.

So even if the national parks are a playground for curious adventurers, preserving them for future generations is more important.

Learn more about the national parks in Sweden at sverigesnationalparker.se.

In Sámi it's called Geargevággi, which translates to Stone Valley in English. But in real life, it might as well be a fa... 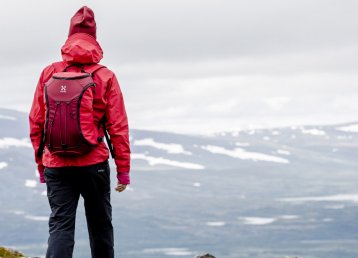 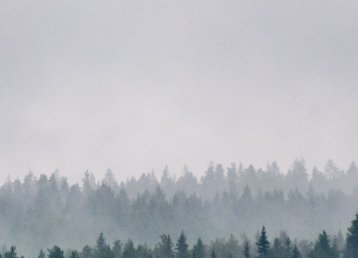 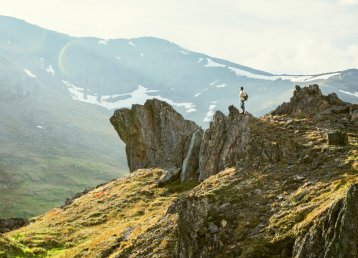