Beach life in the Arctic

Perhaps summer and swimming aren't what first springs to mind when you think of Swedish Lapland. But, in fact, there are plenty of cool beaches and places to go for a swim – thanks to the inland ice.

The inland ice is actually the reason why I have sand between my toes. Walking along kilometre-long sandy beaches in the Bothnian Bay archipelago or hiking in the mountains, it’s hard to imagine that once upon a time there was a two-kilometre thick layer of ice covering everything. But it’s true.

As recently as ten thousand years ago, the inland ice began to retreat. And since the massive weight of the ice basically turned it into a giant planer or everlasting sandpaper, the landscape was shaped into what we see today. The crust was pressed down by what is now the coastline, and when the ice melted, a lot of it lay hidden under the sea. Where the ice once stood still, a lot of rocks and gravel were left behind to be shaped and redistributed by the ravages of time and the whispers of waves.

Hiking in the mountains, there aren’t many things nicer than taking your boots off as you’ve finished walking for the day and then stepping out into the cold water on a soft sandy beach. If you’re hiking into Kärkevagge at Björkliden, for example, or to the end of the Kårsavagge valley from Abisko, there’s wonderful sand to rest your feet on. The feeling of sand and cold water is just the best cure against tired feet and legs. If it’s a warm day and you’ve walked far, all you want to do is throw yourself into the water. That’s how it is.

That’s why we love sand and beaches.

Arjeplog is sometimes called Sweden’s only alpine archipelago. Get up on top of Galtispuoda mountain, or take a helicopter ride, and it’s easy to see what it means. The ‘arjeplogare’ have more than one lake each, statistically speaking. It’s not just because it’s sparsely populated – it’s all to do with the amount of water.

Large lakes, small lakes, mighty rapids and small streams. Arjeplog is a water kingdom, and the kingdom has beaches. There are no fewer than 8,727 lakes, and there are 2,876 inhabitants in the municipality. The most well-known swimming spots are Nåtti and Åsarna. People from town go there for a swim after work in summer. But Jurun has the prettiest colour water, 25 kilometres from Vuoggatjålme. We can almost promise that no matter how hot you are, you’ll be refreshed. Jurun gets all its water from Sulitelma, Sweden’s largest glacier.

So there are good sandy beaches almost everywhere in Swedish Lapland, thanks to the ice age and the uplift. But there are other exciting swimming options too. The giant’s kettles and canyon valleys at Storforsen in Älvsbyn are unique. Lake Trollsjön in Kärkevagge, with Sweden’s deepest visibility, is also one of a kind. Or take a jump from the island Huvön in Kalix/Luleå archipelago, guaranteed to make your heart beat faster.

Head off into the archipelago of Swedish Lapland on a hot summer’s day. Find a secluded beach with miles of sand, almost just to yourself, and take a dip in the Baltic Sea. Some days don’t need to be more complicated than that. Then repeat.

There are naturist beaches here and there. Some shallow coves and islands are ideal for children. Byske Havsbad, Frevisören, Pite Havsbad and Seskarö are geared for holidaymakers, but Haparanda Sandskär, Kluntarna in Luleå and Stenskär in Piteå you have to make a bit more of an effort to reach, by tour boat, kayak or own boat. Near Kluntarna, you’ll find Skvalpen, an island that first saw the light of day around 100 years ago. Before then, the location was named after the ripples shaped when the sea still washed over the island before the uplift won.

Did you know that just the archipelago outside Luleå is made up of 1,312 islands? We've listed 10 islands to visit in Swedish Lapland in the summer. Many of them can be reached by scheduled boat tours. Read more.

Not only is the Bay of Bothnia Sweden’s sunniest summer getaway, it is also an exciting destination where the brackish s...

The labyrinths
on the islands

When you visit the islands of Swedish Lapland, you might stumble upon stones laid out in a formation. Maybe it's actuall...

What happens when a father and son decide to spend a couple of days in the Gulf of Bothnia archipelago? Well, first, you... 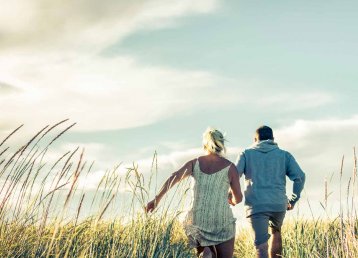 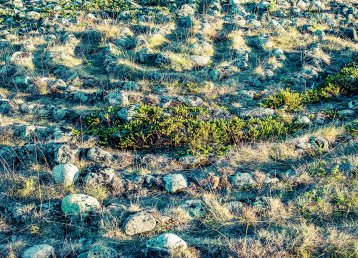 The labyrinths
on the islands 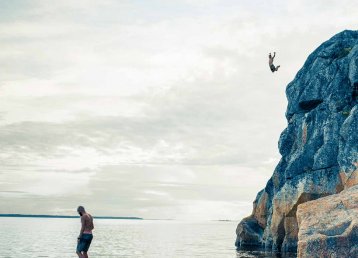