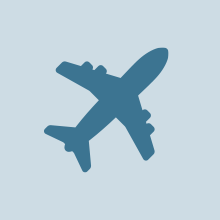 Flying to Swedish Lapland is easy peasy. Here are all airports within or close by our destination. And the airlines that will take you here.

Germany to Arvidsjaur with Fly Car

Germany to Arvidsjaur with Pro Sky

Germany to Luleå and Kiruna with Eurowings

The Netherlands to Skellefteå with Voigt Travel

For Covid-19 information for tourists in Sweden, please visit krisinformation.se.

The main airports in Swedish Lapland are Luleå and Kiruna Airport, both SAS and Norwegian fly there with great connections to international flights.

There are also smaller airports in Skellefteå, Gällivare and Arvidsjaur, with good connections to and from Stockholm Arlanda Airport.

Airports in northern Finland are just a bus ride from Torne River valley in Swedish Lapland, as well as from Norway. See map for airports in the European Arctic region.

We also have a number of direct flights from various airports in Europe.

Check out the Arctic Route if you want to discover even more. The Arctic Route make it possible to experience the magic of Arctic Finnish and Swedish Lapland and the rugged Arctic coast of Northern Norway all on the same bus trip.

Bertil Harström, a fly fisherman and architect, has already turned 70. This afternoon he takes a stroll outside Arctic Bath, a new cold bath-house on the Lule River outside ...