Skating under the northern lights

The Dutch filmmaker Marco Lubbers had a dream: To go speedskating under the northern lights. And he also wanted to make a film about it. For that, he travelled to Swedish Lapland.

Marco Lubbers is a former speed skater from the Netherlands. He actually holds the record on skating on natural ice at 62,4km/h, set in Luleå last spring. But since he quit competing, his big dream has been to capture the beauty of the sport. In 2012 he saw the northern lights for the first time. And was blown away. He knew it would be the perfect film. To show people how beautiful speed skating can be with images that mesmerise. And the ultimate form of that would be to skate under the northern lights.
— I had a dream, this rather big dream, of doing a film under the northern lights.
— I knew it was going to be tough, almost impossible. But with a lot of patience, researching, waiting and finding the right people, I managed to pull it off.
— It became an unforgettable experience that turned into an awesome project. 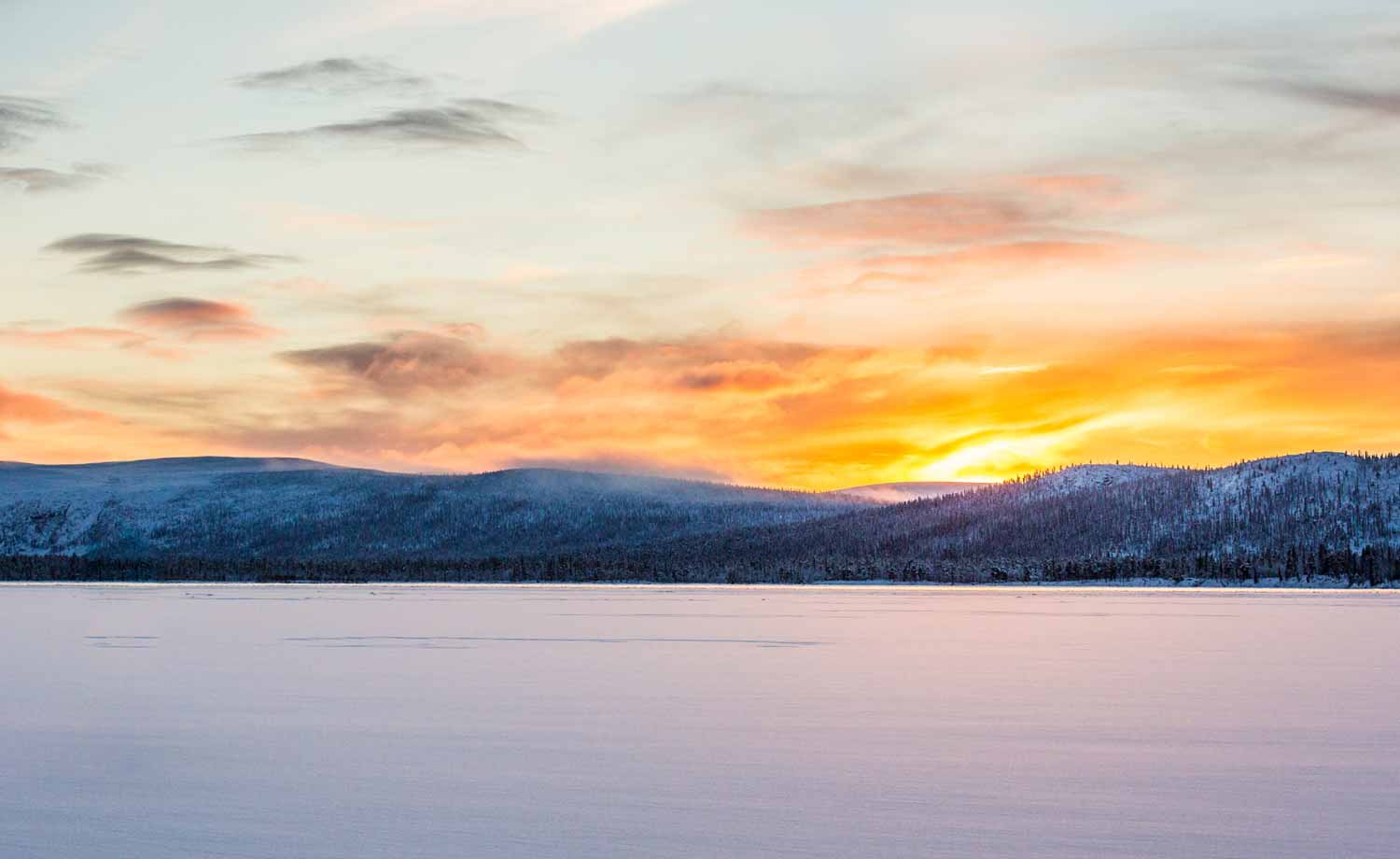 To catch a glimpse of the aurora borealis, you need to go to the north, way north. Around and above the polar circle, your chances increases. That is, when there are no clouds and not too many lights around since the aurora is most visible in the dark night. That would be the first thing that they could not control. The other problem is that the snow doesn’t melt during winter as the temperature stays below zero. And ice covered with snow doesn’t get thick quickly.
— The weather is, of course, a factor you never actually can control. So that makes the filming of a film like this a bit more exposed to circumstances you can’t control. 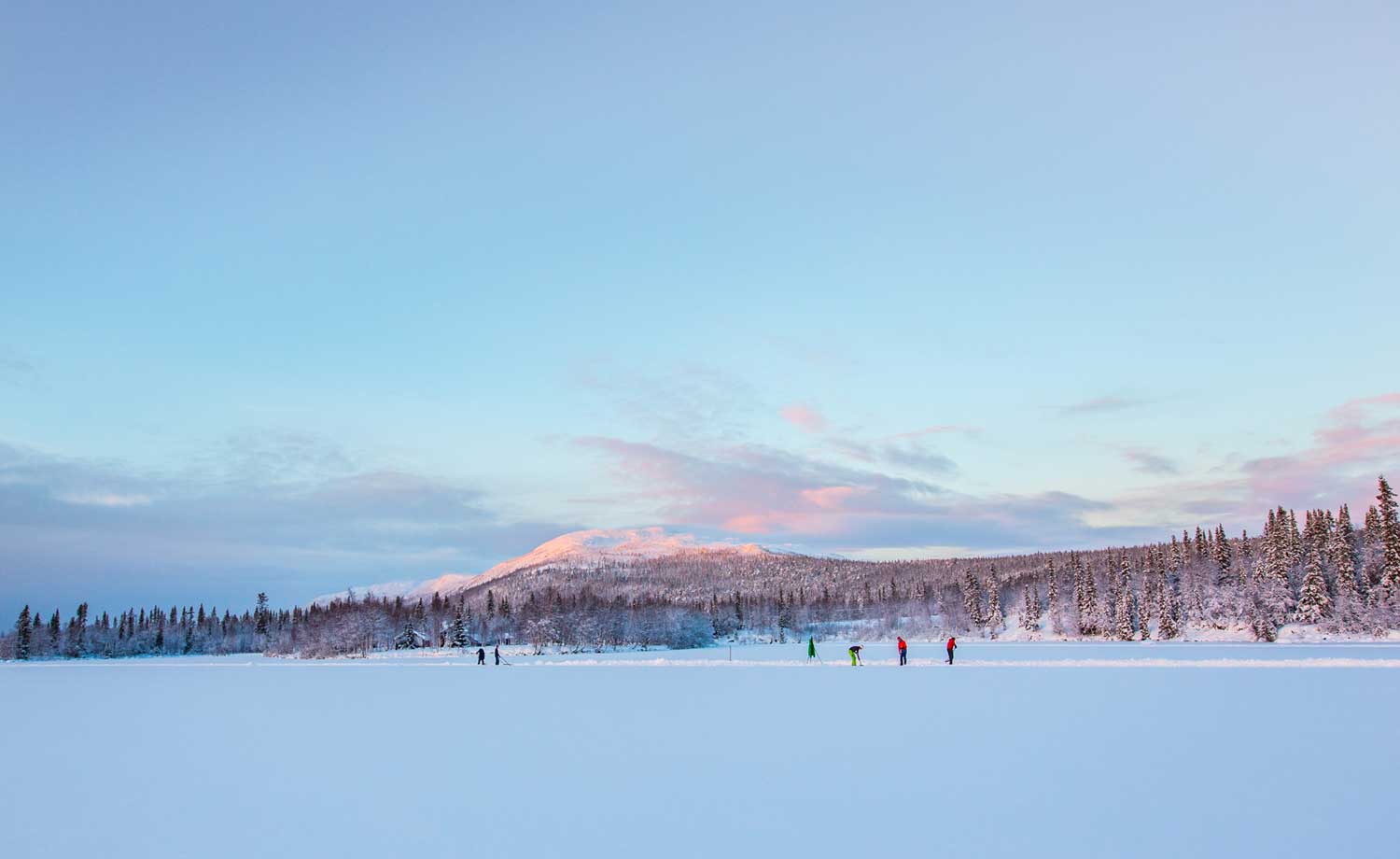 Shovelling snow to skate is not a thing most people do in remote areas, so the timing needed to be right. At the beginning of winter, so that the ice is new and not covered with too much snow. At times it all seemed impossible to Marco. 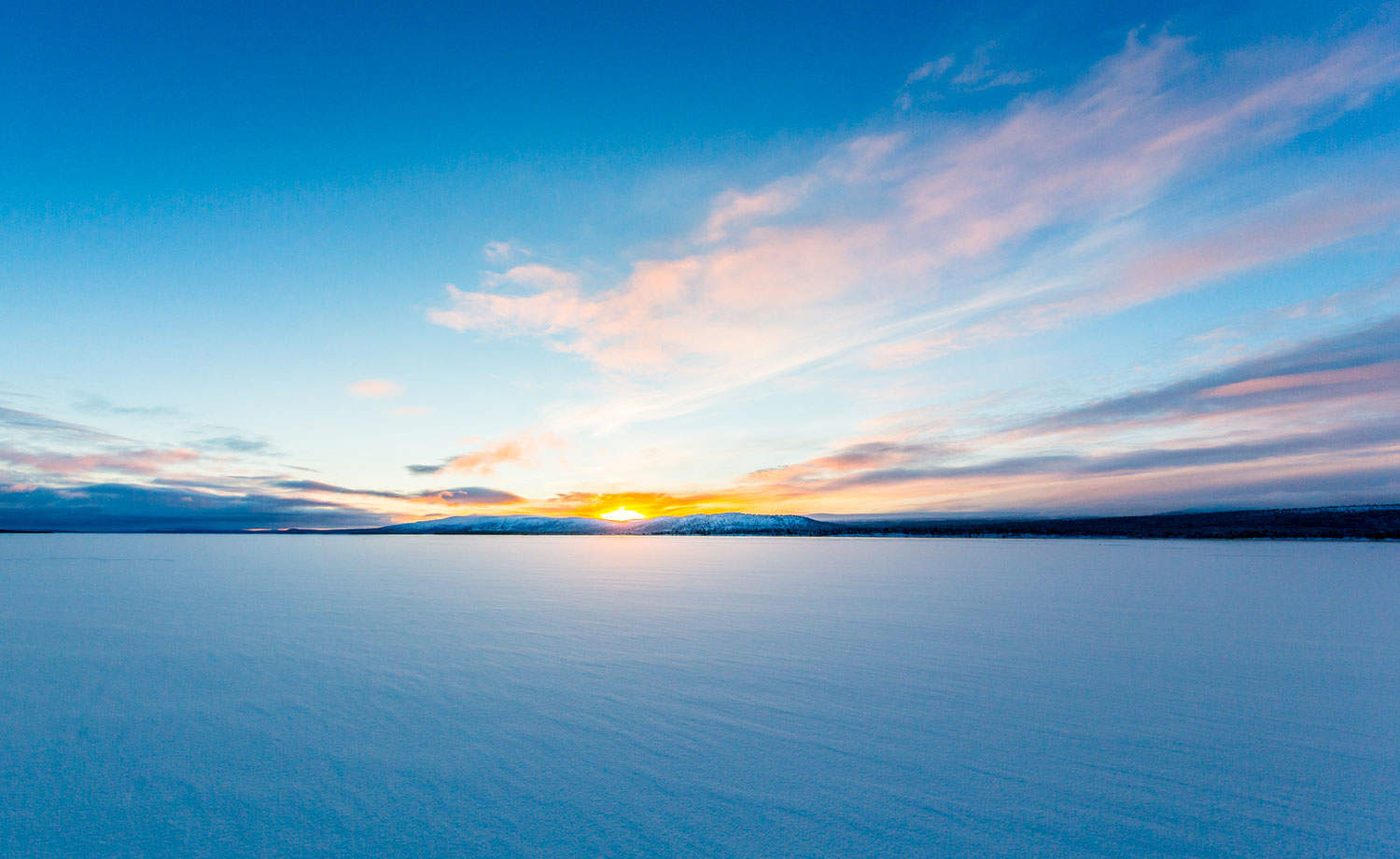 Still, he kept thinking about it, and in 2014 Marco made a few calls to no avail. No one could help him or tell him where he could skate under the polar lights. Had a dream gone by? No, the idea kept growing, and in the autumn of 2015, he started researching even more. One thing that helped is that a new camera, a Sony a7s2, was released on the market that could perfectly film in the dark. So he started calling weather agencies in Finland, hotels in Norway and kept looking at webcams positioned close to lakes and rivers to see whether there was snow on the ice or not.

— I was looking for people that could help me. Where are the frozen lakes, the least amount of precipitation, the aurora forecast? Following the forecast became an addiction and I checked them daily. But I kept hearing the same answer; ice but covered in 30–40 cm of snow, and natural ice is dangerous to skate on. No chance this would work. 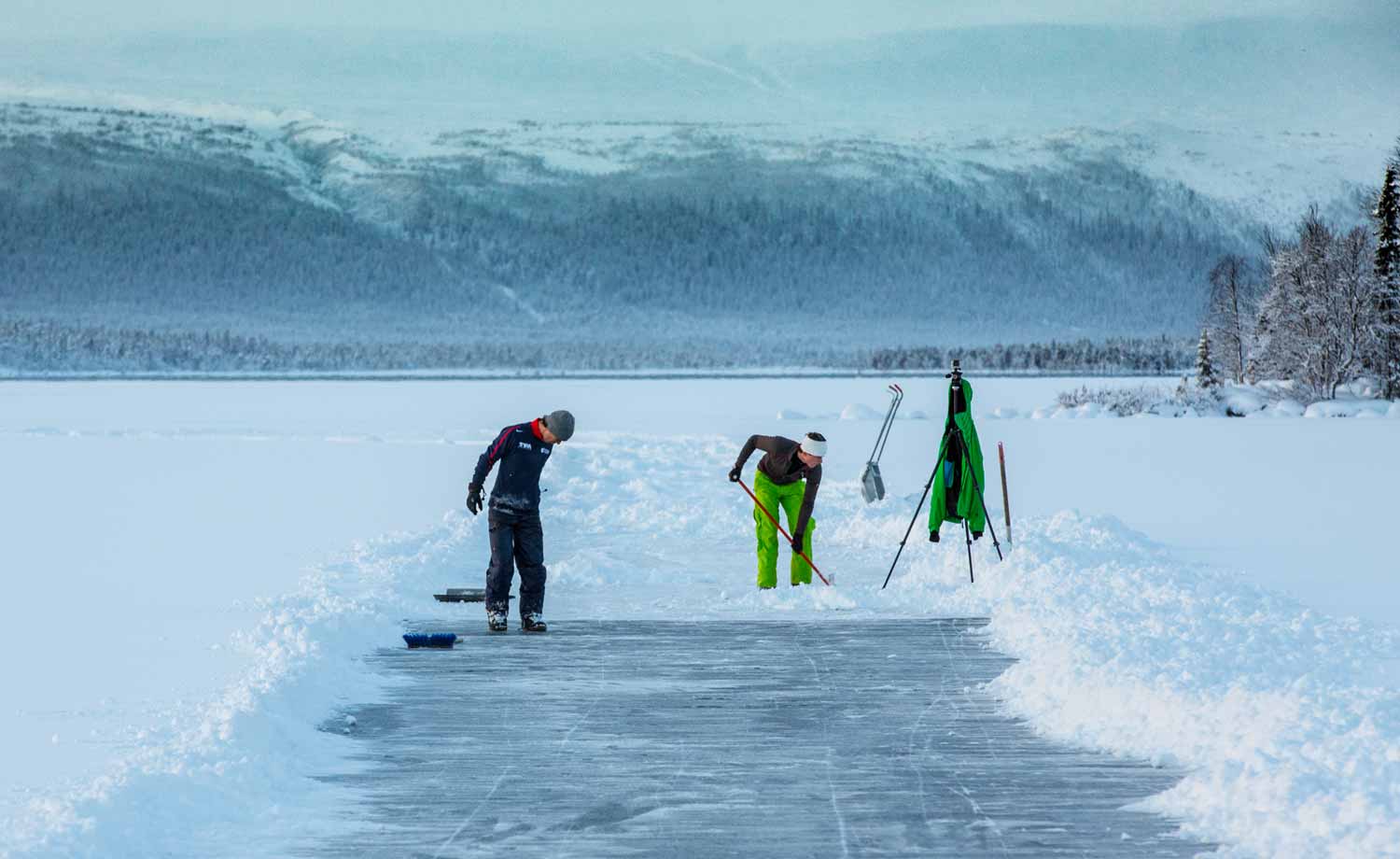 What didn’t help is that most of the local people did not quite understand what Marco wanted. Plenty of ice and northern lights, but the combination of skating under the lights was unheard of. Until he met Claes-Jörgen Pohl, of Bearfoot North, who organise adventure travel trips in Swedish Lapland.
— Claes-Jörgen is the type of guide who’s never understood the word ‘impossible’. Finally, I met someone who was on the same page.
Claes-Jörgen told me it was possible, so we kept in touch and one day Classe sent me a photo of him skating on clean ice. This was my chance. 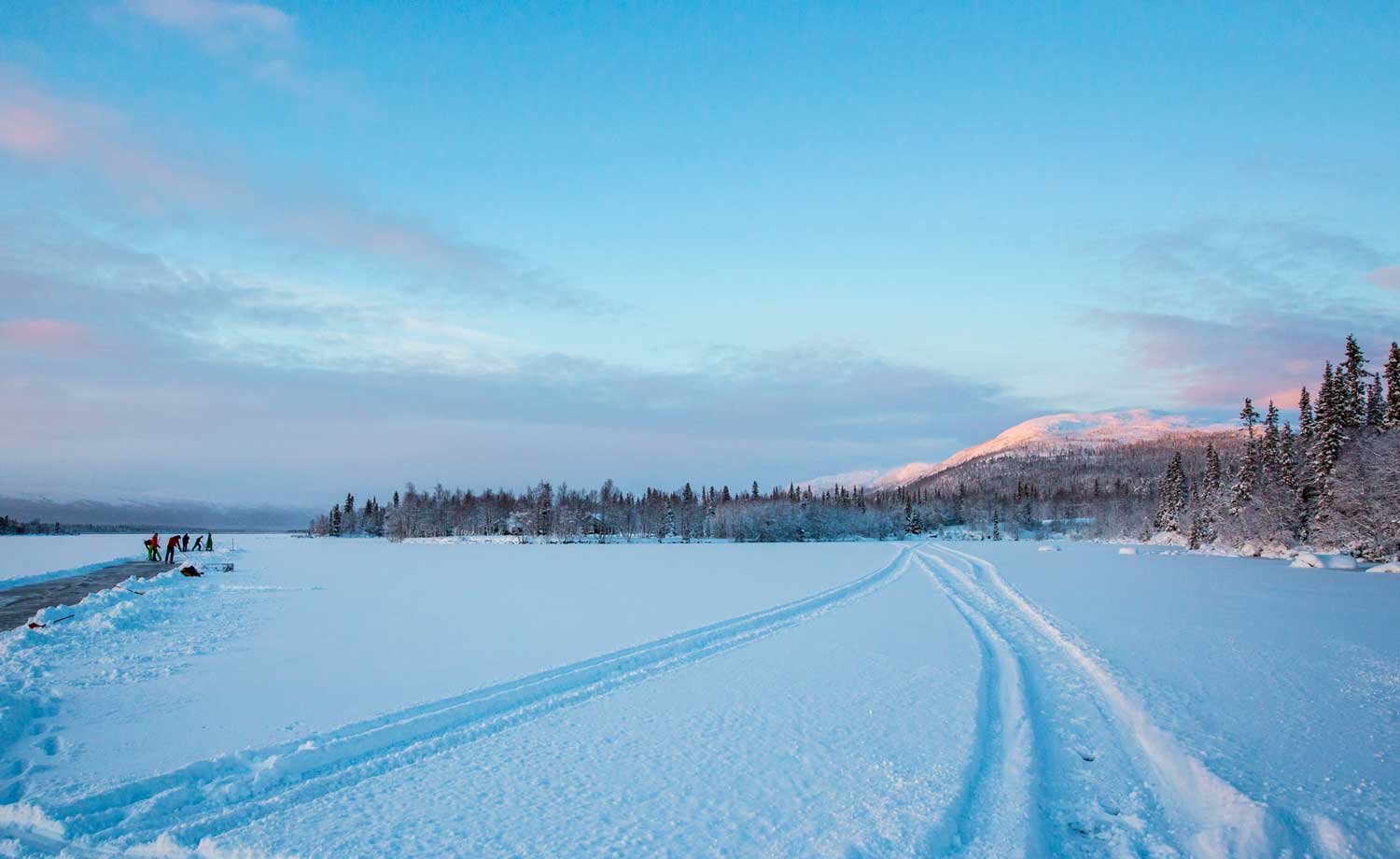 Marco called two friends, and 36 hours after he’d been talking to Claes, they were skating on two inches of sea ice in the archipelago around Piteå. Incredible! But the weather wasn’t cooperating. Fog and rain and grey. So they got in the car and drove on snowy roads. Passing the arctic circle, going north. Claes knew a guy in Stora-Sjöfallet, Per-Eric Kuoljok that could help. What they found was ice with a lot of snow.

So they started shovelling.

— After six hours of hard work, we had a couple of hundred meters long track, all made by hand. Now everything was perfect.
Well, almost, as the sky had to clear, so we waited and around 21:00, a faint green glow was visible behind the clouds! This was it!

— From then onwards, everything was perfect. Shooting the stars, the moonlight, the aurora borealis and skating on a self-made track. An ultimate moment.
— You know this would be impossible for me to write down. But possible to film.
— Now we could share this moment with the world. And it was even more beautiful than I had envisioned.

And sure Marco is right. He was able to show the perfect moment from the perspective of a skater. One of the reasons he had set out to become a filmmaker. What started out as a passion project turned into a great collaboration with Swedish Lapland and a guy who doesn’t know the word impossible.