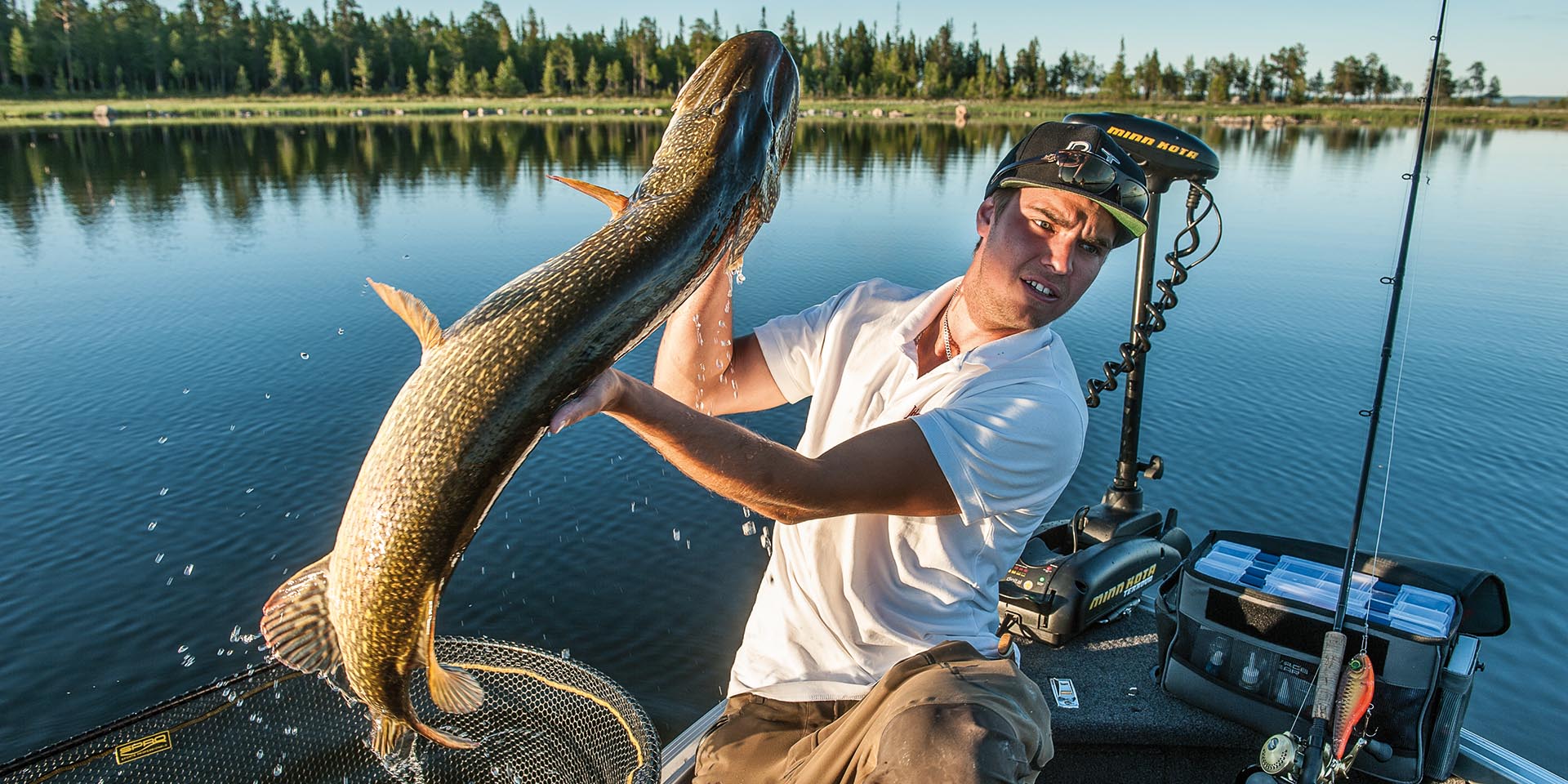 For many people, the highlight of summer is a fishing trip or two, either in a boat or walking along the river with a fishing rod. In Swedish Lapland, we have plenty of waters: rivers, streams, tributaries and lakes. Actually, more than 30,000 lakes. There’s room for a few more fishers. And if it’s the pike you’re after, Arjeplog is the place to go.

Yes, for many people the highlight of summer is a fishing trip or two. And the interest in fishing keeps growing. You can tell by the number of fishing permits being sold, and especially in the area in and around Arjeplog.
– Questions about equipment, fishing waters and fishing permits come in earlier and earlier, before the start of the season, says Johnny Johansson, owner of the local tackel store GK:s Fiske in Arjeplog.

The Arjeplog mountains have something to offer all anglers. The main fish in the mountains are trout and Arctic char. The grayling caught in streams, and big rivers are by far the best catch in the opinion of dry fly connoisseurs. But the fishing boom in recent years has concerned pike, according to Johnny Johansson. It is especially big catches of pike in lakes like Uddjaure, a massive lake in the area.

All you need on fly fishing in Swedish Lapland 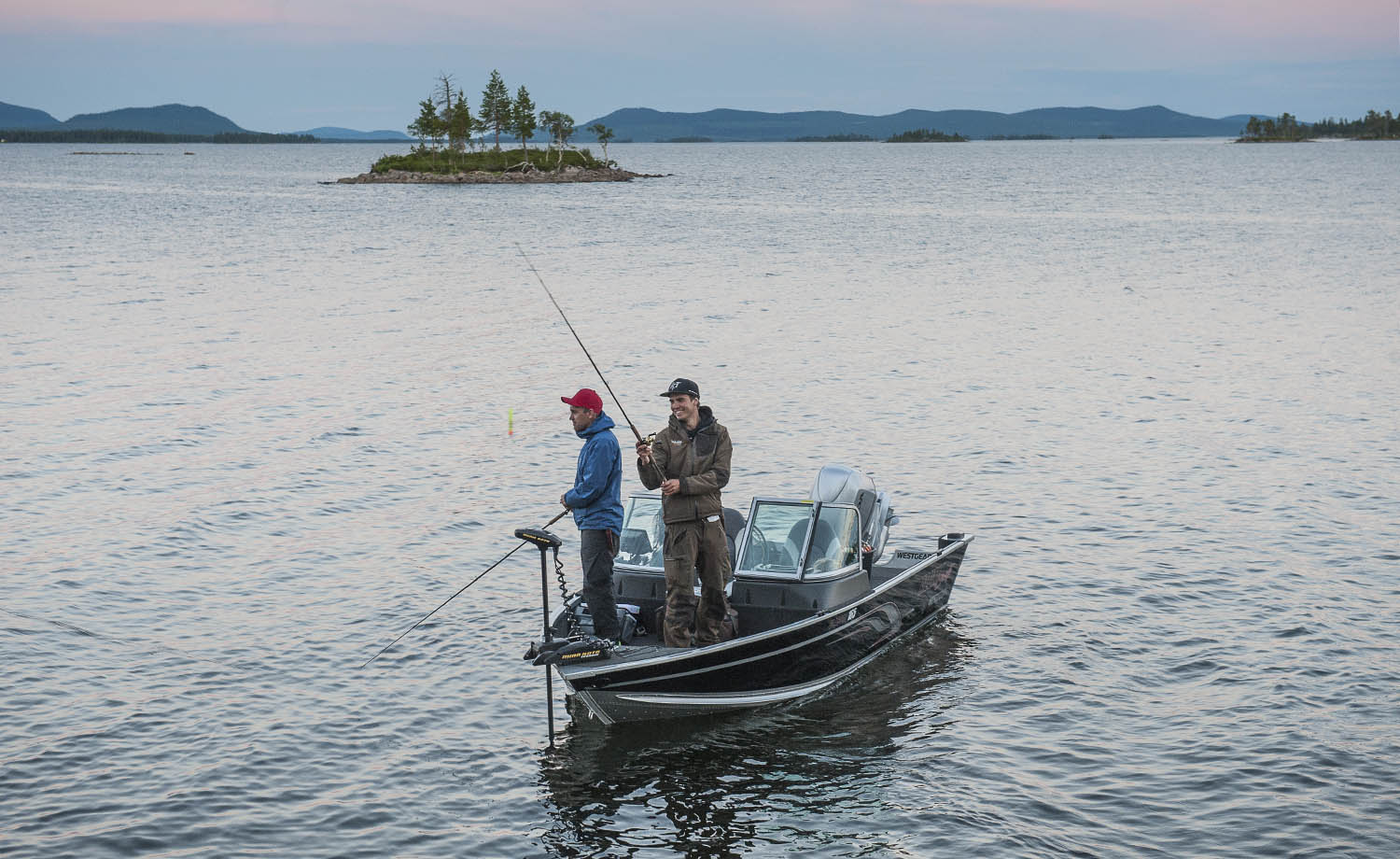 The Arjeplog mountains have something to offer all anglers.

The interest in pike

If you’re interested in pike fishing, you might have heard of Nicklas Hallnor. Like many natives of Arjeplog, he has a large interest in fishing. Together with his friend Magnus Ranberg, they are aiming for developing sustainable fishing. Recently they started up their company Arjeplog Clear Water Adventures, and they have specialised in pike fishing.
Nicklas is Swedish Champion in pike fishing, and the idea came after many summers on the waters.
– The big pikes shall be caught over and over. It makes it possible for us, and others, to make a living of sustainable fishing and careful use of the waters around Arjeplog.

The success in the fishing competitions has laid a good foundation for the effort to sell guided fishing experiences in the lakes in Arjeplog. It came to be somewhat of a “dream start” a few years ago. In the book “En skvätt om Arjeplog” by Marianne Hofman and with pictures of Erland Segerstedt, he reasoned about the background to the success:
– The interest has been great, and several of the guests have beaten their own personal bests. Of course, when it comes to fishing, weather and wind always play a significant role, but if you know the waters and know how to fish in them, then you can always find somewhere where there’s pike.
– I have many hours at Uddjaure and know many good places, but there is still a lot of new water and new places to explore there. It’s a little difficult to let the lake be when I know how good it is. 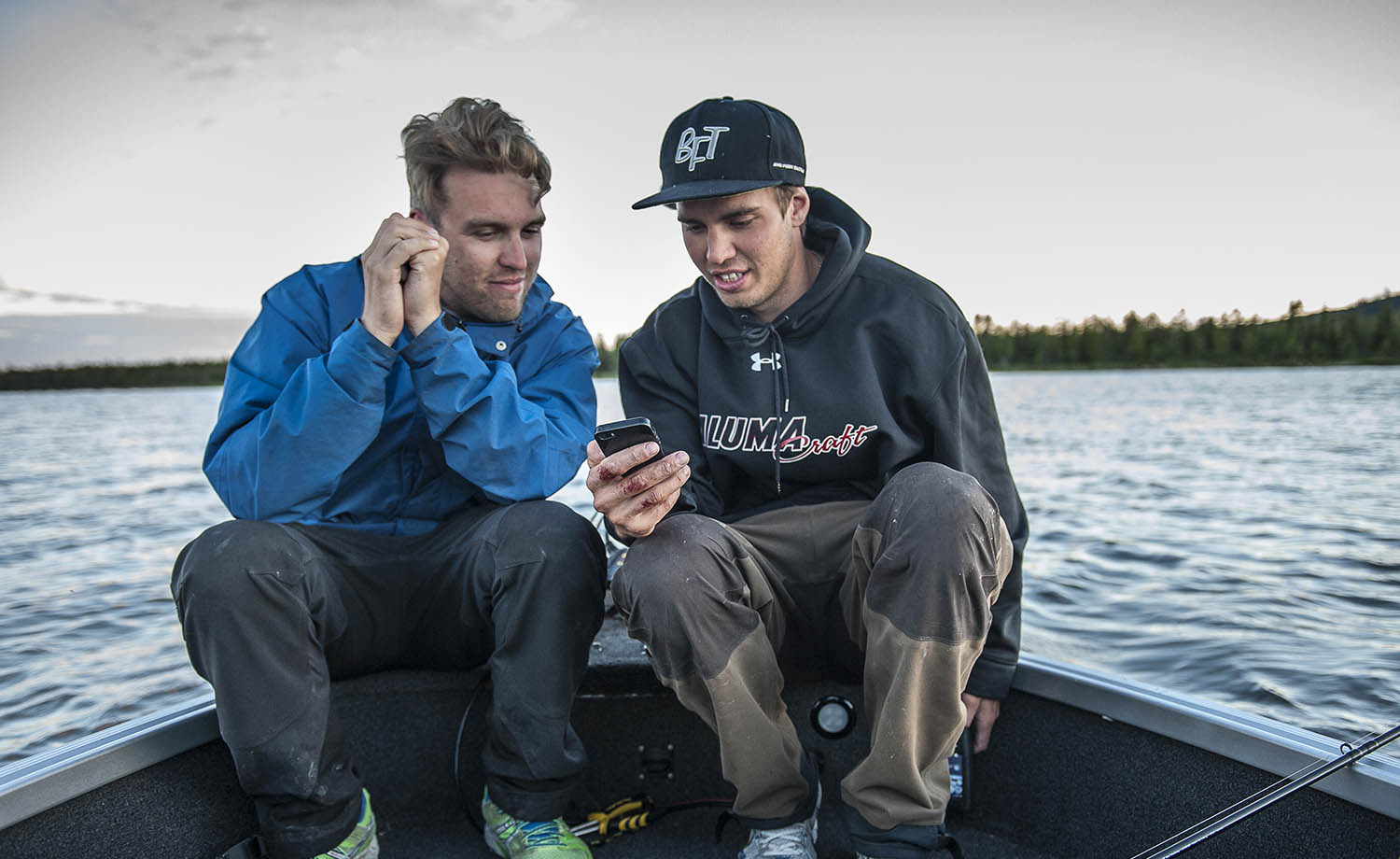 Some secrets Nicklas Hallnor keeps to himself. For example, the exact place he caught a great pike. However, he likes to show which baites he uses and tells how he sometimes modifies them by, for example, putting on a longer rubber tail. He has, of course, his personal favourites that he often uses, but it is also undeniable that the conditions vary. A bait that works well in certain water, a certain light and certain weather, may not work as well during other conditions or hours. Therefore, he changes baits and tests others if the cut does not occur.
– The most important thing is the focus, and to believe in what you’re doing. Then it usually works, he says.

Nicklas Hallnor also believes that it is essential to learn to fish with some different baits at different speeds. And of course, to get to know the water, you are fishing in. Simply know where the pike stands.
– Everyone can, of course, be lucky and get a big pike on the first throw in a new lake. But if you are going to have many big pikes, time, patience and knowledge are needed, he says. 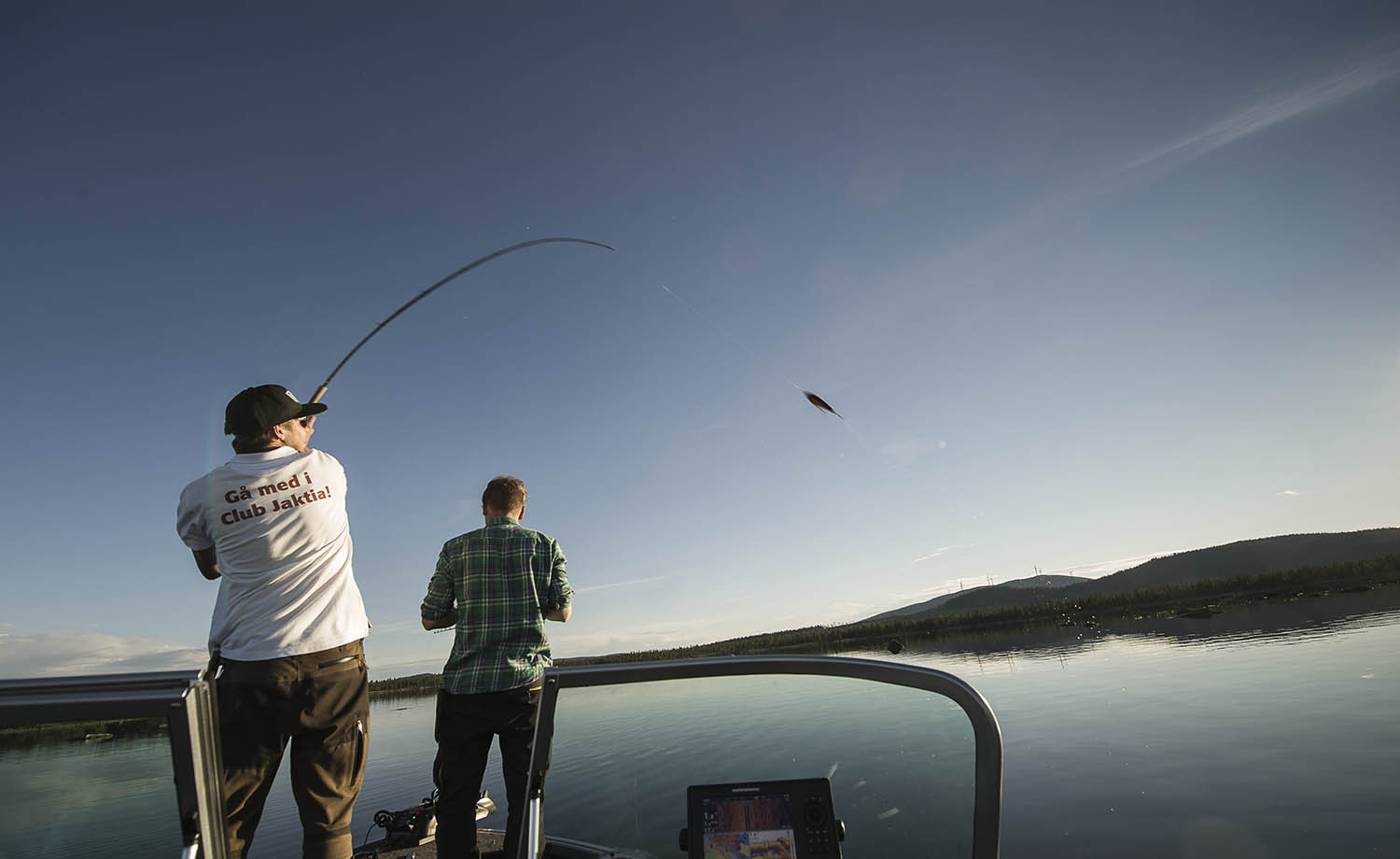 Trying out a new bait.

The northern pike (Esox Lucius) is a relatively aggressive species, especially concerning feeding. For example, when food sources are sparse, cannibalism develops, starting around five weeks in a small percentage of populations. You find pike in sluggish streams and shallow, weedy places in lakes and reservoirs, as well as in cold, clear, rocky waters. Make a reservation at acwafishing.com

Given that the pike is a very popular sport fish, it’s not surprising that the pike fishing in the North is growing. This long and green species has long been seen as a ”trash fish” by locals, given that it is a high-level predator – which in many’s eyes eat up the salmonids. More and more people are beginning to see the value in the pike and its predatory behaviour. Especially in these larger individuals who hold the stock of the small pikes. It is these large pikes that many of us anglers in this big country is looking for. The stories, tall tales and rumours of the large and powerful pikes in the Arctic part of Sweden are many. But why let it stay there, we know it’s more than just rumours.