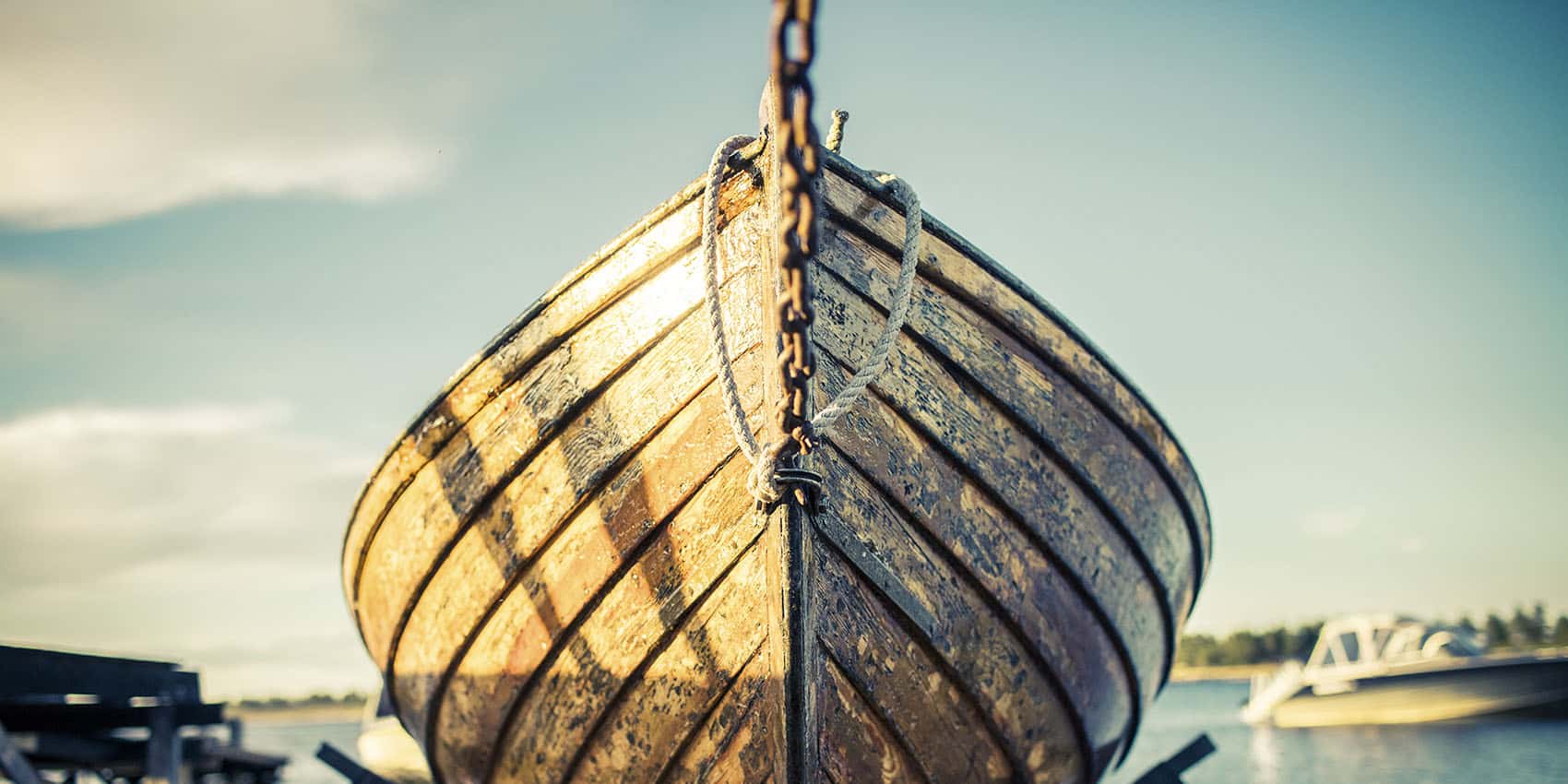 One brewer used to build cars for NASCAR, another is a trained social worker, and a third is a business developer at the University of Luleå. Beer interest is growing, and in Swedish Lapland, there are many exciting breweries.

Per Lundmark opens the door of Skellefteå Bryggeri, located in an area once nicknamed ‘Brewery Hill’. Per is an enthusiast who wanted to start a brewery in his home town.
— You know friends and friends of friends had money and they thought it sounded fun, so we started.

During the first years, Per did nearly everything himself, manually. Apart from brewing and bottling, and labelling, and selling and marketing, he also invented new products. 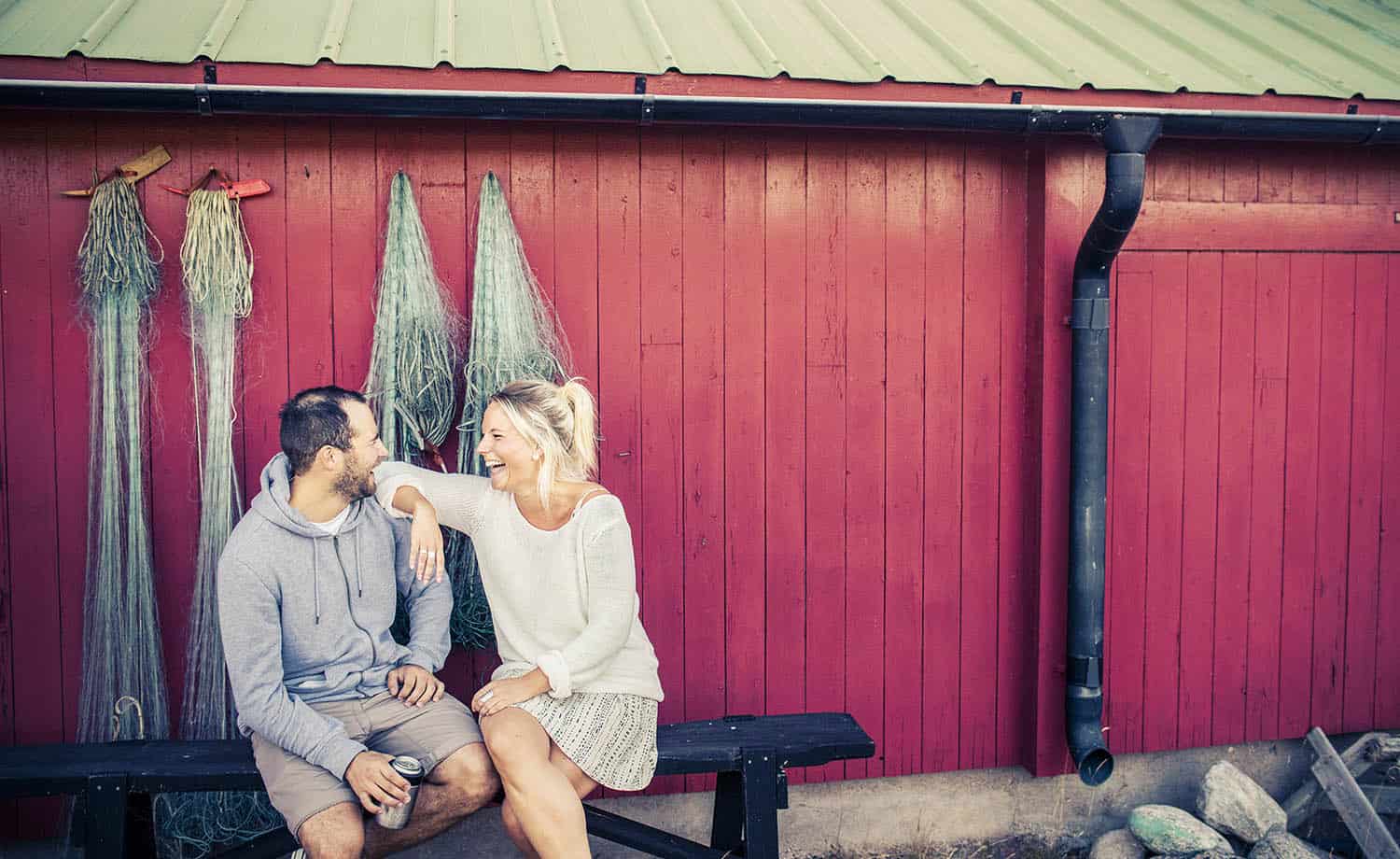 The brewery is located on the same spot as Skellefteå’s first brewery, built by the Russian vice-consul in 1855. It was actually Skellefteå’s first real industry, and the steam-powered brewery had 90 employees at its height. Today’s Skellefteå Brewery markets nine different beers, among others a bitter and a lager wich are not the usual choices for microbreweries. Most start with IPA and ale, just like any home brewer. But Per wanted something different.

— I like Czech beer. I’ve travelled there several times to study the process. Also, the alcohol content of our beer isn’t so high. I think beer should be drinkable without making you double sighted. 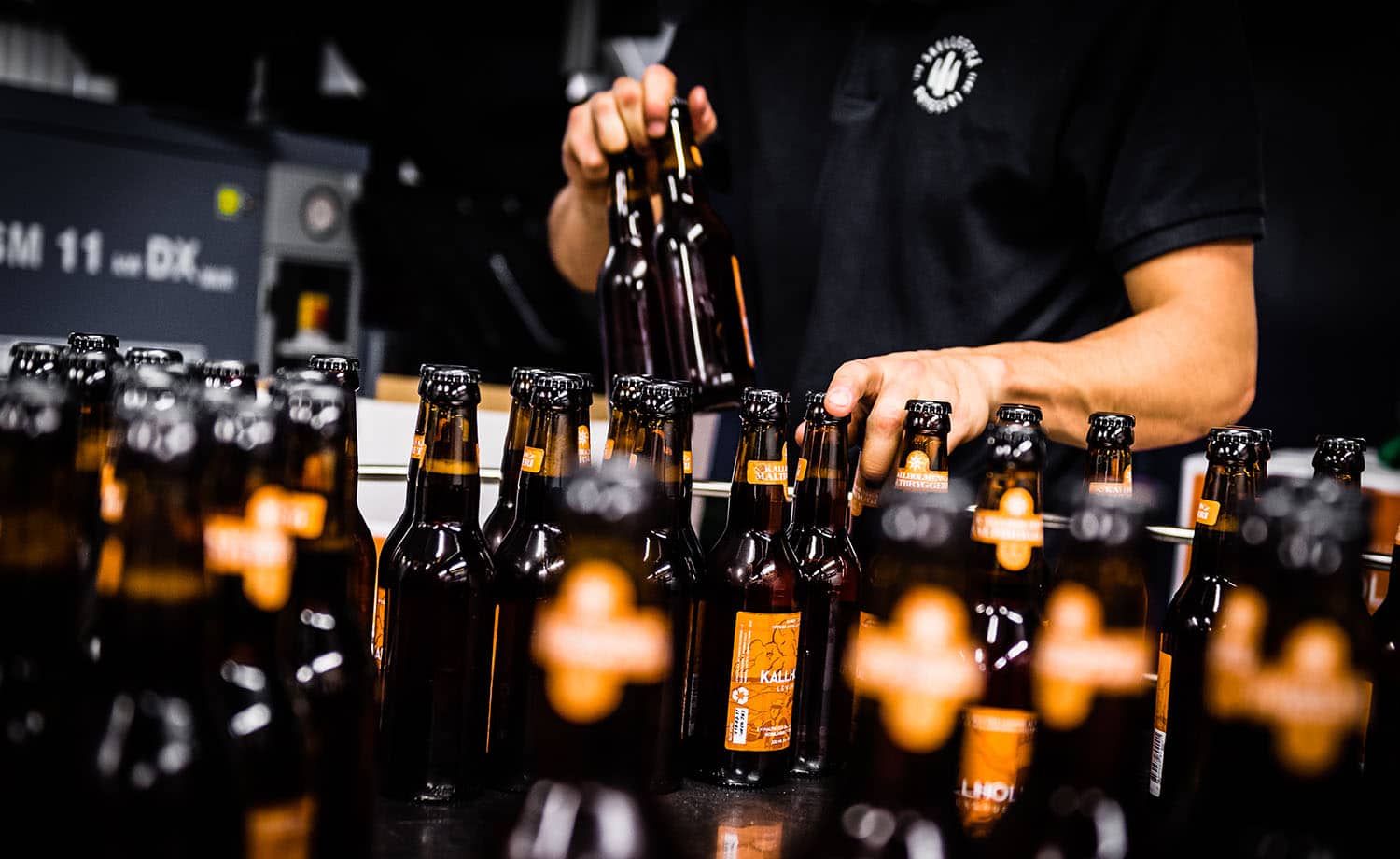 Per shows us the premises. In an open vat, a Backens Lager is fermenting. At the brewery, they work with open vats. I like the smell. After visiting Per, I go for a meal at Nygatan 57. The starter is a vendace-roe sandwich that goes perfectly with a Southside Lager. Southside Brewing Company is Skellefteå’s second brewery. The main course is catfish with a red ale, also from Southside, and for dessert, I choose a blond stout from the same brewery together with a licorice and raspberry truffle that our waitress says ‘will go nicely with the beer’. If red ale and catfish were like an old, hard-working couple, the blond stout and truffle are a young couple in love who won’t let go of each other.

— When we were moving home from the US I thought I needed something to do. So I did some work practise with a brewery in northern California for a year. That’s where I found what I wanted Southside’s beer to taste like.

Tommy Eriksson is in his brewery in Tuvan outside Skellefteå, on the south side of the river. At the moment there’s no activity in the brewery, but he hopes to relaunch it soon. He was involved in a biking accident and hurt his back, so can’t lift the malt sacks. Before he began brewing beer in Tuvan he lived in the US building cars for NASCAR.

— The first time I drank a craft beer was in the mid 80s. Since then it’s been impossible to drink anything mainstream. 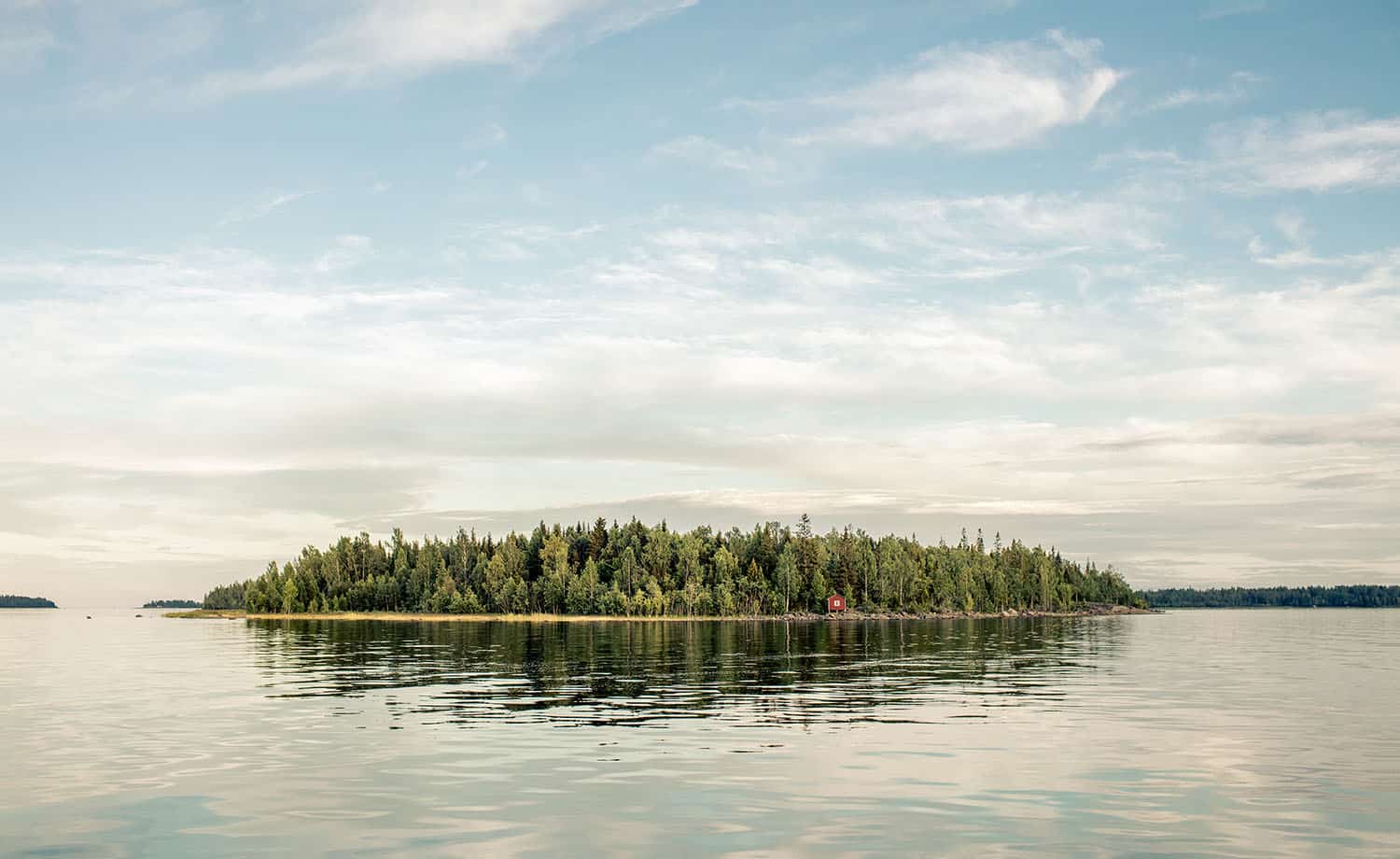 But what’s actually happened to Sweden’s northern coastline? When I grew up, running around Skellefteå, there was no beer – and no truffles either for that matter. There was Pripps Blå, the governments brew. Back then, the square in Skellefteå would bring to mind the energy radiating from houses designed in Murmansk. Now, the Brewery Street has transferred the city focus back to the water, and there are two lovely micro breweries providing drinks that the finer restaurants in the city pair with good food.

Park the car in a garage that recently attracted the attention of some of the worlds design magazines.

And if you drive north to Piteå, you’ll find the same. Park the car in a garage that recently attracted the attention of some of the worlds design magazines. Stay at the boutique hotel Kust and dine at Tages – where the chef has worked at NOMA and two-star Oaxen. It’s obvious that design and quality are becoming increasingly important to people. Jörgen Bergstedt at Pite Bryggeri started the same way as many others who run microbreweries. He brewed at home. At the Swedish Championships for homebrewers, his stout was awarded silver, and he thought that perhaps he could contribute to the everyday extra in life. 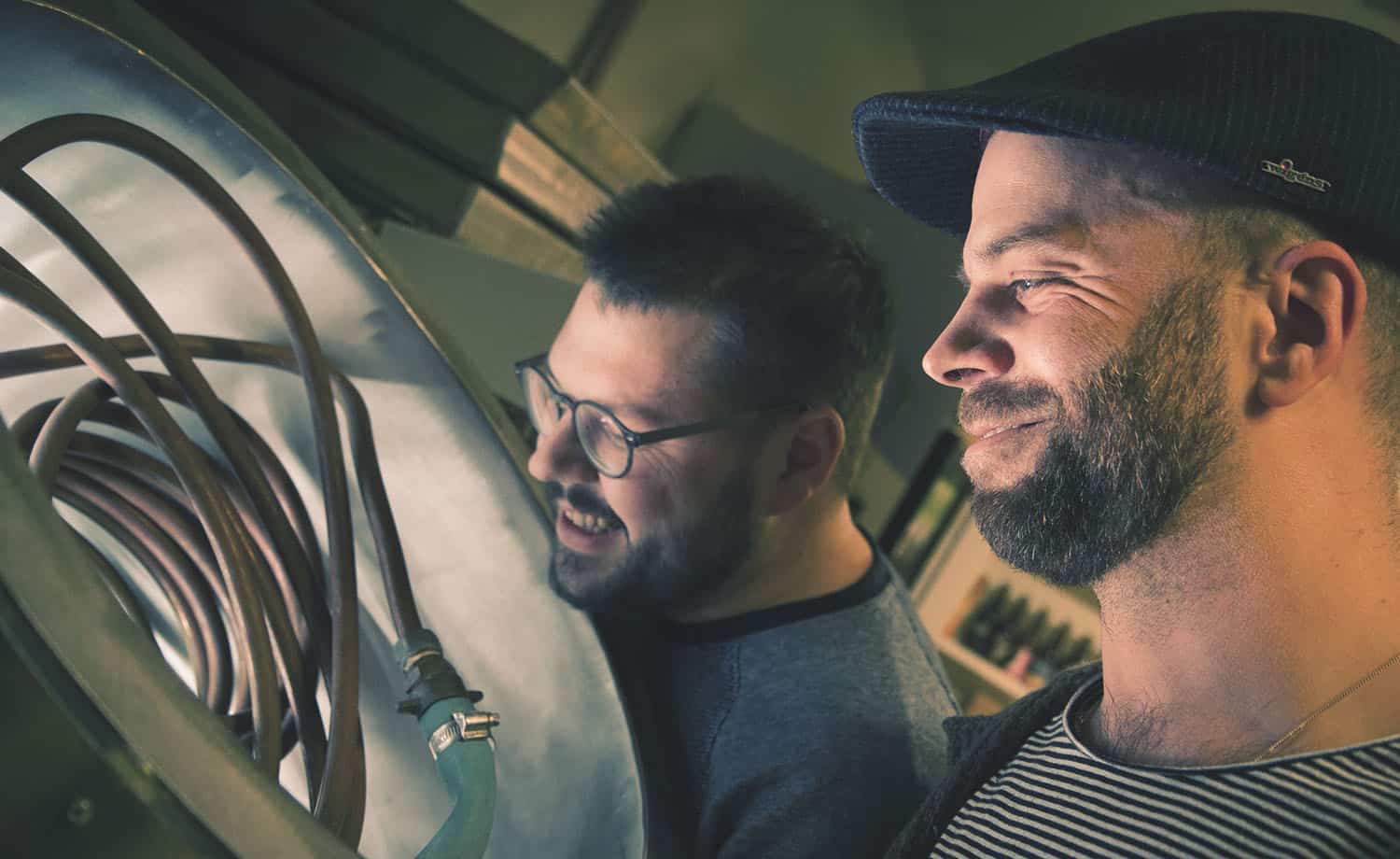 There are microbreweries all over Swedish Lapland. Ask the restaurant or pub you’re at if they have them and try them! You won’t be disappointed.

In what used to be the potato cellar of a mental hospital in Piteå, Jörgen’s brewery has reached adulthood. Pite Bryggeri’s dark stout is the same as the one Jörgen was once awarded a silver medal for. But their Moderne Lager is also something worth trying. Many believe lager is the easiest kind of beer to brew because the slops delivered by large breweries all over the world for less than a quid a can remind us of water. But the reality is this: lager takes the longest to brew, and it requires a lot of attention to come out well. And in Piteå a new brewery has also seen the light of day. This is how work with the Bastard Burger restaurant in town. And as you know, burgers and beers go well together.

Travel north, towards the seaport town of Luleå. Bottenvikens Bryggeri is located in the basement of one of the city’s most central buildings. But there’s little point in looking for their visitors’ address. The easiest way of getting hold of one of their artisan beers is to go to Hemmagastronomi in the northern port. Joakim Nilsson and Mattias Bergström call themselves an ‘artisan Brewery’. There’s a lot in that. Every bottle of every series of beer is numbered. Often they’ll just make 340 beers in one series because this is artisan beer! Apart from numbering every bottle, they also come with an individual poem. 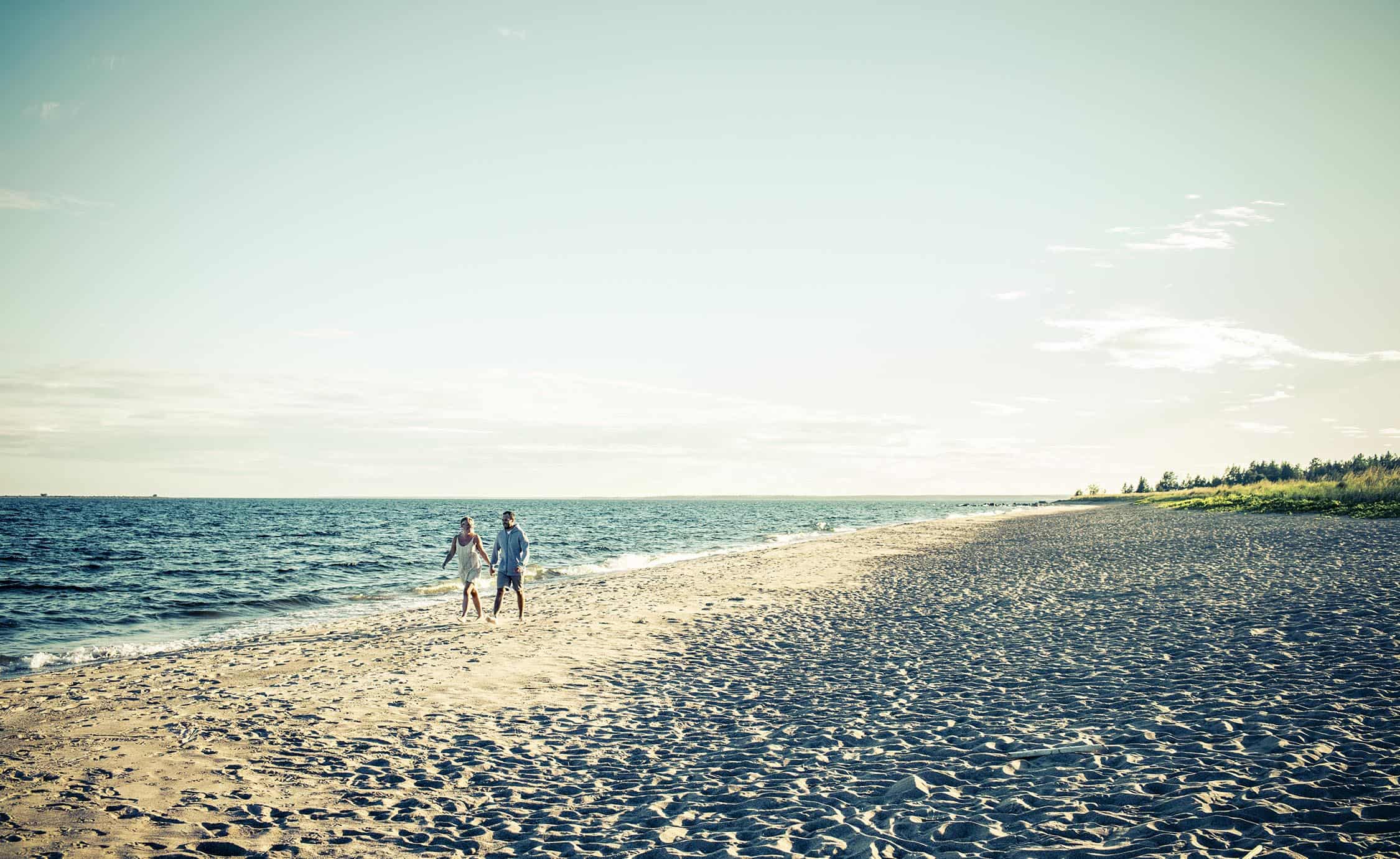 ”A home brewery gone crazy”. Bertil Jakobsson at Northern Light Brewery in Luleå laughs at the memory when he took a Norwegian brewer to the interior of the Bishops Arms in Luleå. The brewer recognised his own early years. Bertil and a friend make Luleå’s local brew, and about every other week the taste of Northern Lights is changed on tap.

— We sell to Piteå and Kiruna as well. So from being a minimal project we’ve become a small project, Bertil says, laughing.
— By the way, would you like to try a Saison Bouleau? A Saison based on birch sap.